Locking up kids is traumatic. Indianapolis looked for alternatives

In an empty retail space on the far east side of Indianapolis, about 30 boys pull plastic chairs into a circle.

They met up here a couple times a month.

“Some of you guys, man – been through so much in your lives, and are still going through it but you still persevere, man,” said Kareem Hines, the group’s leader, as he walks around the circle addressing the group at the start of the two-hour session.

The discussion is raw. They talk about mental health, relationships, and kids who have been shot and killed in the community. Hines passes out news articles about recent crimes involving kids.

This group is called New B.O.Y, a mentorship program for youth and young men.

In a state where the youth incarceration rate is 40 percent above the national average, Indianapolis stands out. The county has dramatically cut the number of children and teens in detention after making a commitment about 15 years ago. New B.O.Y. is one of the programs used instead.

Many of the teens have been involved in the juvenile justice system – 40 percent are court ordered to participate. The communities the boys live in are plagued with gun violence, Hines said.

“A lot of our young men are going through a lot of trauma. They have a lot of pain and pent-up aggression,” Hines said. They often face neglect, abuse and overall lack of support at home, “and we're seeing it manifests itself in a real self-destructive way.”

New B.O.Y. serves over 100 youth ages 6 to 18 years, and offers classes like karate and boxing. They go on trips to colleges, and each teen is assigned a mentor. Adults need to build trusting relationships with kids before they try to change their behavior, Hines said.

“We don’t judge, we try to connect with them first,” he said. 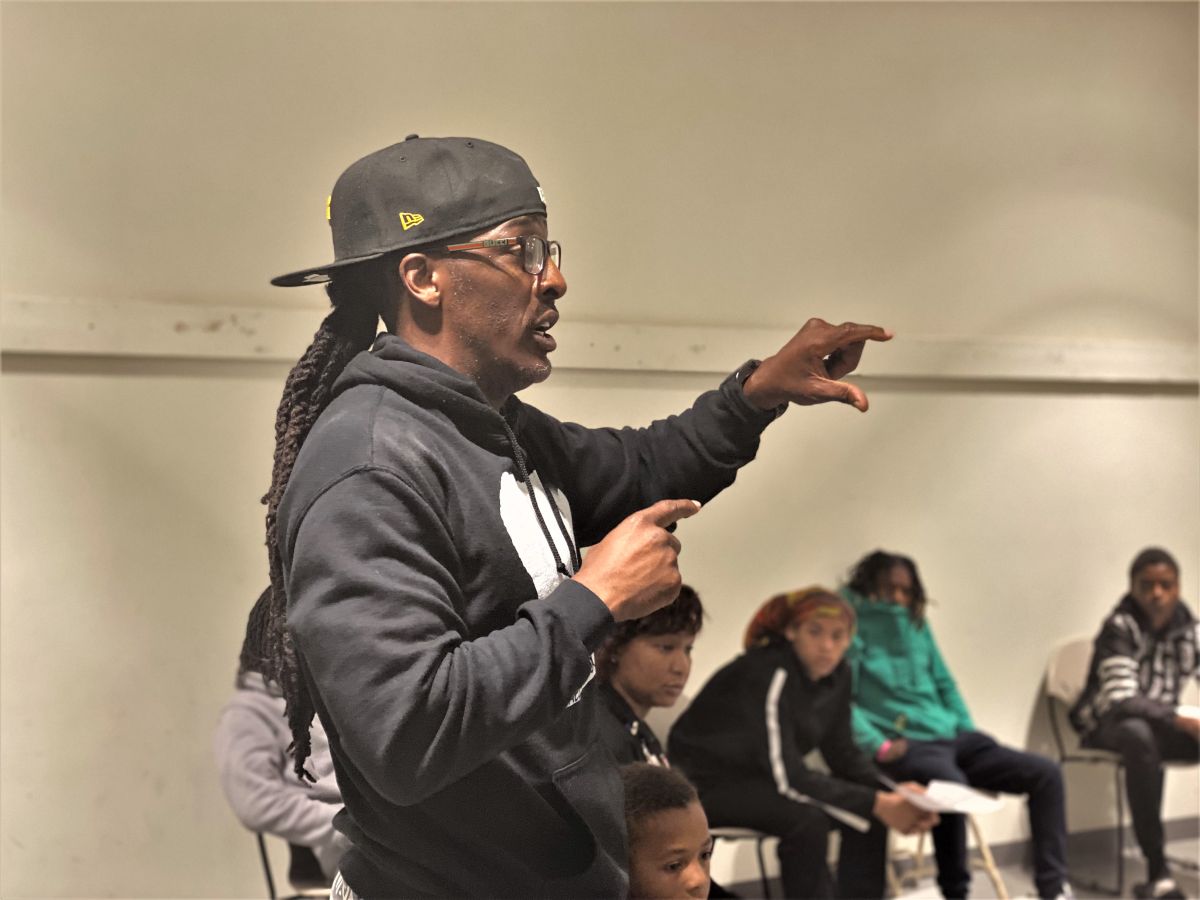 New B.O.Y., tactics are a stark difference from the punitive approach to juvenile justice that used to be pervasive in Indianapolis.

Judge Geoffrey Gaither oversees the juvenile court in Marion County. He first started working for the system in the 1990s. Then it was not uncommon for over 200 kids, more than the facility could hold, to be locked up at one time.

“Kids were sleeping everywhere. They were on mattresses, in the chapel or in the gym, and so forth,” Gaither said. “The philosophy that existed was, the best way to keep children safe was to keep them locked up.”

Since then, Marion County has taken steps to lower the number of youth incarcerated at the center. About 68 youth on average were held each day at the center in 2019. In 2021, as the impact of the coronavirus pandemic continued to disrupt schools and families, the average number of youth was 37. To keep fewer youth detained the court uses alternatives instead, like electronic monitoring and community-based mentoring programs such as New B.O.Y.

Christine Kerl, the chief probation officer in Marion County, said that change began back in 2006, when Indianapolis committed to a national program called the Juvenile Detention Alternatives Initiative. Marion County was the first county in Indiana to take part in the program. Now, more than 30 counties have joined.

Counties who participate in JDAI collect data on the youth they detain and commit to detain fewer youth for low or moderate offenses.

“It took courage to make this decision,” Kerl said. “When a youth is in detention, we know where they are, we know what they're doing. But we also found out as we were causing more harm than positive influence for those youth that are being detained.”

Gaither added that the county charges fewer children with crimes then it did in the past since taking part in JDAI. He said the prosecutor’s office used to approve almost all charges filed against youth. Kids could wind up in detention for crimes as minor as breaking curfew by walking a dog late at night or stealing gum from a convenience store, he said.

Research shows that detention can have a cascade of negative impacts for youth. Mental health problems are exacerbated, and teens are less likely to earn a high school diploma. They are also more likely to commit crimes again and end up in the adult prison system later in life.

JauNae Hanger, an attorney and executive director of the Children’s Policy and Law Initiative of Indiana, said trauma is imposed on youth anytime they are locked up.

“Our detention centers really have been modeled quite a bit like adult incarceration,” she said. “They're not therapeutic in their approach.” 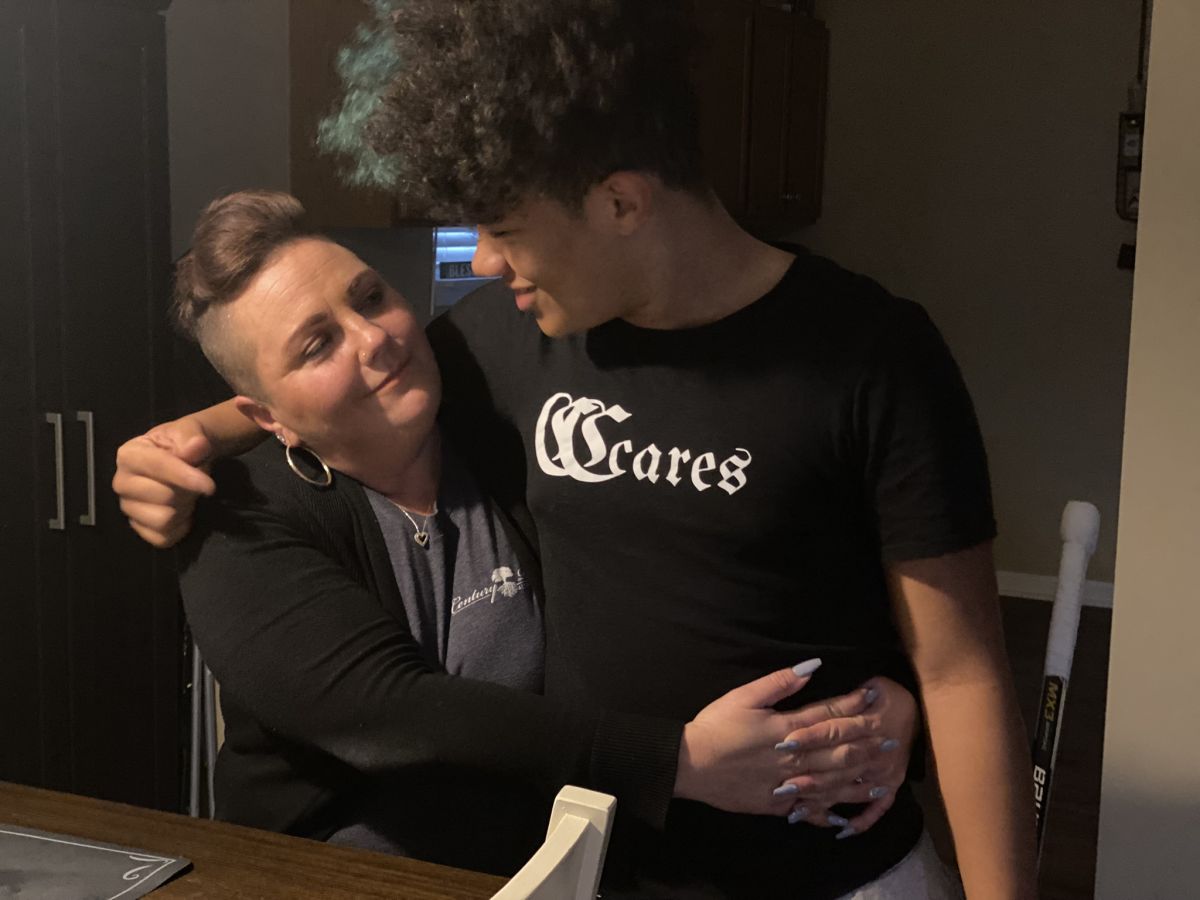 ‘I could do so much better’

While Marion County has taken steps to reduce its detention rate, it still locks up some kids.

One of those kids was Cam. WFYI is not using his full name because he is a minor.

Cam was held in the Marion County Juvenile Detention Center when he was 13 years old. He brought a gun to his middle school because he was fighting with other students and he wanted protection, he said.

Cam, who is 15 now, said detention was traumatic. He was held there for about a month.

“So I was definitely hurting,” he said. “And I didn't care what nobody said, I cried every night … because I knew that I could do so much better in this world than that.”

The week after he was released, Cam was messing with a gun he found in his mom’s car and shot himself in the leg. His sister found him covered in blood.

The day he came home from the hospital, police took him back to detention for another two weeks.

“My probation officer was there, they was banging on the door,” he said. “They searched the house. And then they made me walk outside with no crutches and everything.”

Cam’s mother, Candice Richey, said her son wasn’t allowed to take pain medication for his wound while detained, and that when he was forced to take a shower, he slipped and fell. She said guards wouldn’t help him stand up.

A representative for the Marion County Juvenile Detention Center did not respond for comment before publication.

Cam is now a freshman in high school. After he was released from detention, probation required him to participate in New B.O.Y. He said he was hooked from the first meeting and never missed a day.

“It was amazing,” Cam said. “The first time I went I spoke. Like, they make it so easy for somebody to speak who's been through so much. So it was easy to speak, right then and there, right off the top.”

Cam’s probation ended months ago, but he keeps going to New B.O.Y.

Tags:Juvenile Detention Alternatives Initiativejuvenile justice
Support independent journalism today. You rely on WFYI to stay informed, and we depend on you to make our work possible. Donate to power our nonprofit reporting today. Give now.