Local officials, gun reform advocates and family members of gun violence victims were among those who rallied in downtown Indianapolis Friday to push for gun control legislation. The rally, led by the Indiana chapter of Moms Demand Action, drew around 100 supporters.

In addition to multiple mass shootings in recent weeks, rally leaders recognized that gun violence is a daily occurence in some Indianapolis neighborhoods. Like in the case of Kianna Jones, whose 15-year-old son, Khalil Bankhead, died from an accidental gunshot wound in 2019.

“I'm coming from the urban city of Indianapolis, [the] inner city where a lot of people do not want to be bothered with us,” Jones said. “I am a statistic, unfortunately.”

In 2021, Indianapolis had the highest number of homicides on record, with 271 people killed.

In a speech, Indianapolis Mayor Joe Hoggsett joined cities across the country in recognizing June 3 as National Gun Violence Prevention Day. The symbolic gesture offers no policy change, but Hogsett said his administration continues to invest “unprecedented” resources to address the root causes of gun violence.

“It’s true that the tools we possess at city government to address gun violence are, frankly, insufficient,” Hogsett said.

“They can wield the urgency of this moment, where the stark choice is between more life or more death,” Hogsett said.

“Weapons of war have no place in everyday life,” Carson wrote in his statement. 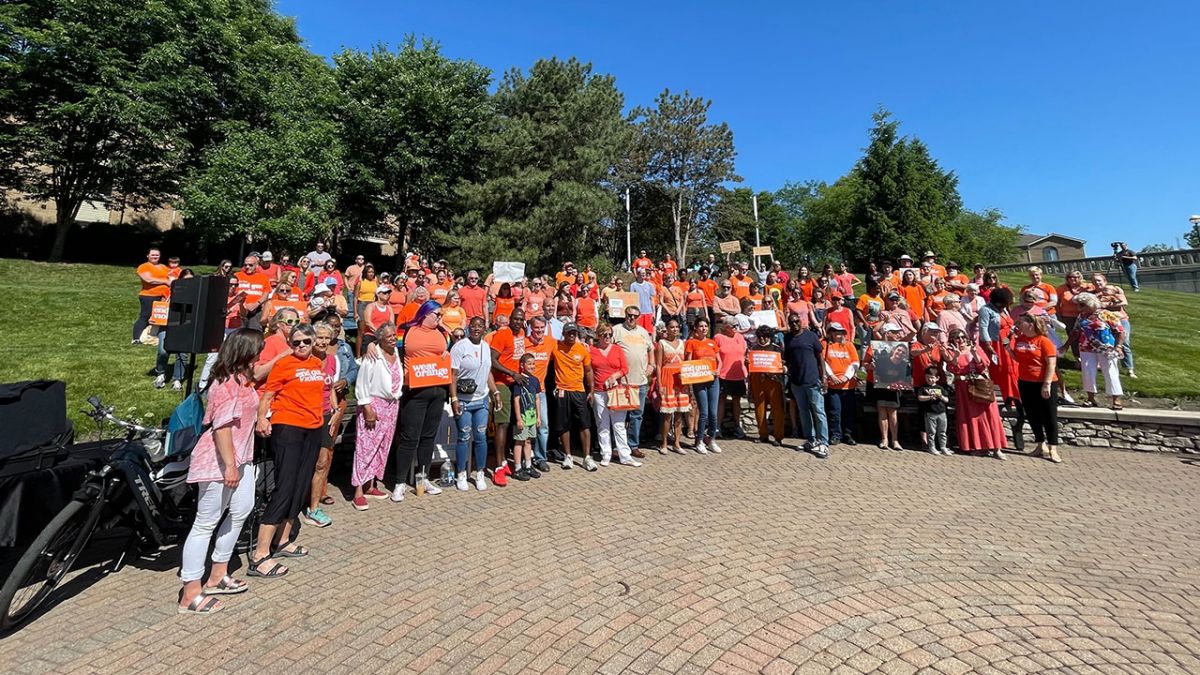 Marion County Prosecutor Ryan Mears also spoke out against Indiana’s permitless carry law, which will allow most Hoosiers to legally carry a firearm without a license starting July 1. He said the change will create problems for police and make it more difficult to prosecute cases.

Mears faced criticism for declining to use Indiana’s red flag law against the man who killed eight people and himself at a FedEx facility in Indianapolis last year. Red flag laws allow police to confiscate guns from a person who is deemed a danger to themselves or others.

“The needle is moving,” Rollo said. “Is it moving as quickly as we'd like it to? No, absolutely not. But I assure you, it is moving.”

Tags:gun permitsFedExmass shootinggun violence
Support independent journalism today. You rely on WFYI to stay informed, and we depend on you to make our work possible. Donate to power our nonprofit reporting today. Give now.