INDIANAPOLIS (AP) — An Indianapolis police officer was shot and killed Thursday while responding to a domestic violence call, authorities said.

A suspect was taken into custody, said Deputy Police Chief Chris Bailey. A female civilian also was shot, he said.

“Officer Leath turned toward the danger," Mayor Joe Hogsett said at a news conference outside the hospital.

Hogsett directed that flags be lowered to half-staff across the city.

“Officer Leath gave her life as she answered the call of duty,” Holcomb said. “She will be forever remembered for being the finest among us.”

Bailey said Leath had been on the force 2 1/2 years. She was among three officers who responded to the call, Bailey said.

Traffic on Interstate 70 was shut down to clear the way for the officer's transport to a downtown hospital, local television stations reported.

It is with a heavy heart that @IMPD_Chief announces the untimely death of @IMPDEast Officer Breann Leath.

Officer Leath was a loving mother. A veteran. Daughter of a public servant family. And the example of what an @IMPDnews officer should be.

She will be sorely missed. pic.twitter.com/X6t3orHhji 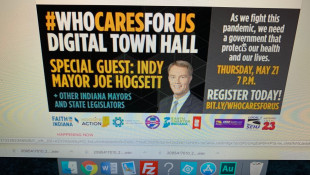 A diverse group of community members spoke at a digital town hall Thursday night, held by Faith in Indiana. Much of the discussion was focused on a need for more government assistance in the face of COVID-19.
Read More 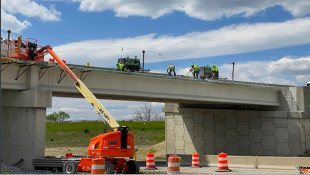 I-465 Ramp Damaged By Fuel Explosion Closed For Repairs

Crews began working Tuesday to repair the ramp from Interstate 70 to I-465 on Indianapolis' east side. It was damaged
Read More

Many Apply To Vote By Mail In Marion County