Indianapolis Schools Divided: Why Segregation Persists -- And How That Can Change 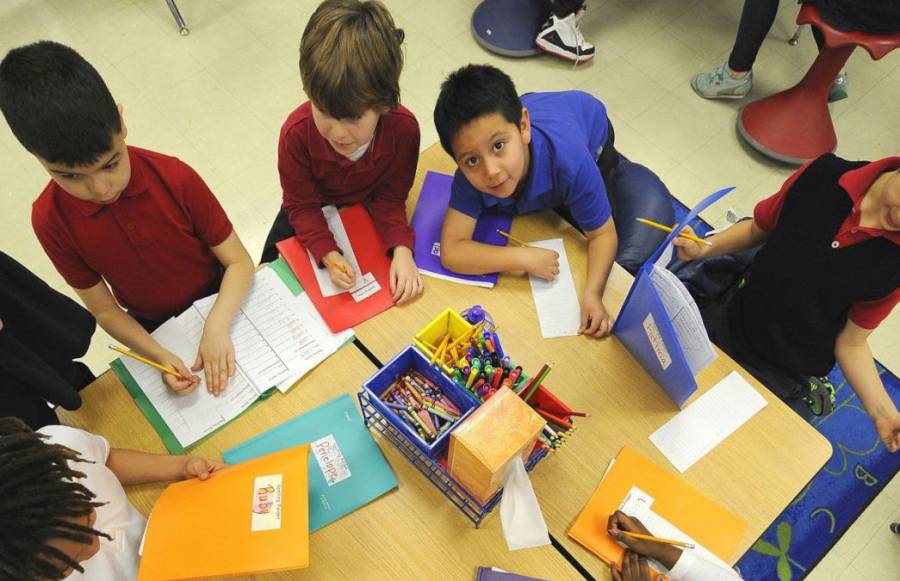 Chalkbeat Indiana, the Indianapolis Star and WFYI are teaming up for a joint project to examine why inequality and segregation continue in Indianapolis 60 years after the landmark Brown vs. Board of Education outlawed “separate but equal” schools — and solutions that could lead to change.

LaTonya Kirkland and her friends were trailblazers -- part of the first year of an experiment that saw thousands of kids bused from struggling Indianapolis neighborhoods to more affluent sections of Marion County for school. The buses -- paid for by the state and Indianapolis Public Schools -- rolled from 1981 until last month, when the court order mandating the busing expired. Now, 35 years later, it's not clear what the program achieved.

At Some Indianapolis Magnet Schools, Racial Divides Are By Design

IPS officials defend Center for Inquiry School 84 as a critical piece of a plan to keep affluent whites from leaving IPS, a problem faced by urban districts across the United States. They blame society’s self-segregation for creating a school of 331 white students and 22 black students in a district that is 80 percent non-white.

How One Inner-City Indy Private School Is Bringing Kids Together

Parents and students say that The Oaks Academy, a private, K-8 Christian school with three campuses in Indianapolis, has managed to achieve what few schools do.

IPS Leaders Debate: Is Keeping White Students From Leaving Part Of Their Strategy?

Tags:Indianapolis Public SchoolsSchools Dividedsegregation
Support independent journalism today. You rely on WFYI to stay informed, and we depend on you to make our work possible. Donate to power our nonprofit reporting today. Give now.