IPL wants state regulators to allow it to increase the monthly "fixed charge" it customers pay by 59 percent, or from $17 to $27.

The utility is also seeking to raise its monthly "energy charge" that's based on customers' actual volume of electricity use.

Some consumer groups, environmentalists and large industrial buyers oppose the proposed increases, calling them too steep.

The Indiana Utility Regulatory Commission plans April 23 and May 7 public hearings on the proposals.

IPL has about 490,000 residential, commercial and industrial customers in Indianapolis and surrounding areas.

Tags:Indianapolis Power & Light Co.utilitiesIndiana Utility Regulatory Commissionelectricity
Support independent journalism today. You rely on WFYI to stay informed, and we depend on you to make our work possible. Donate to power our nonprofit reporting today. Give now. 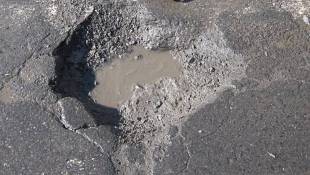 Mayor Joe Hogsett asked for the funding request to be fast-tracked so the city could address the issue more quickly.