Indiana has begun planning how to use its $40.9 million portion of the Volkswagen pollution settlement.

The Indiana Department of Environmental Management wants public input on a plan to pay to upgrade diesel equipment in places with severe emissions.

VW admitted last year to tampering with emissions equipment in 600,000 of its cars sold in the U.S. The company’s $2.7 billion Clean Air Act settlement includes money for states to offset pollution from the altered cars.

IDEM wants to give out Indiana’s portion as grants, first and foremost in places with the worst air quality.

The Environmental Protection Agency lists those as Lake and Porter counties, and parts of Daviess, Vigo, Morgan, Marion and Delaware counties. IDEM also wants to prioritize urban areas near highways.

It says the money could pay to upgrade outdated diesel vehicles or equipment, like trucks, school buses, forklifts, trains and boats. It could also pay for electric vehicle infrastructure.

IDEM plans to spend the VW money within 10 years.

Gov. Eric Holcomb has formed an 11-member committee to help manage the funds. It includes leaders from IDEM, the departments of agriculture and transportation, former public officials, and representatives from economic and environmental groups and the port authority.

Parties interested in commenting on the IDEM plan can do so here.

Tags:autoIndiana Department of Environmental ManagementVolkswagendiesel emissions
Support independent journalism today. You rely on WFYI to stay informed, and we depend on you to make our work possible. Donate to power our nonprofit reporting today. Give now.

No one showed up Sunday for a Stop The Steal rally at the Indiana Statehouse despite FBI warnings of armed protests planned for all 50 state capitols.
Read More

Protesters were expected to gather outside the Indiana Statehouse Sunday afternoon in support of President Donald Trump and his false claims of election fraud.
Read More 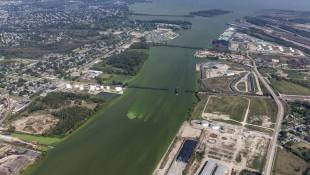 Indiana 'Not Doing Much' To Ease Lake Erie Nutrient Pollution

According to a new report, efforts to reduce nutrient pollution are proceeding at a "painfully slow" pace.