INDIANAPOLIS -- House Republicans will propose a comprehensive, long-term road funding measure.  That bill will likely push the state to study tolling major interstates from border to border.  But, some lawmakers are skeptical about that proposal’s potential.

A car driving across northern Indiana on the state’s Toll Road pays nearly $5 in tolls.  House Roads Committee Chair Ed Soliday says tolling interstates 65 and 70, statewide, at the same rate would generate about $365 million a year. That’s enough, he says, to widen both interstates to six lanes statewide and cover maintenance costs virtually forever. Still, Soliday notes doing so is not a quick process.

“You’ve got to get federal approval, for one thing, and technology is evolving all the time," Soliday said. "One of things you have to do is get legislative approval, any current road, to toll it.”

Senate Appropriations Chair Luke Kenley says he thinks tolling works well in some situations – citing the Ohio River Bridges Project between Indiana and Kentucky – but doesn’t think it works in every scenario.

“Some of these interstates, the process of getting tolls implemented is pretty tough," Kenley said. "So we’ll have to look at that as one of the alternatives, but I’ll be surprised if that turns out to be a really strong contributor.”

Even if the state began the process of implementing tolling right away, it likely wouldn’t begin for at least five years.

Tags:Luke KenleyIndiana House RepublicanstollsEd Soliday
Support independent journalism today. You rely on WFYI to stay informed, and we depend on you to make our work possible. Donate to power our nonprofit reporting today. Give now. 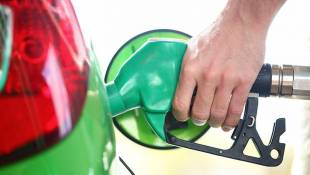 AAA estimates that cheaper gas prices have saved Americans more than $115 billion on gasoline so far this year, which works out to more than $550 per licensed driver.