Expanding Medicaid to cover more low-income Americans was a major component of the Affordable Care Act, and under then-Governor Mike Pence, Verma added a conservative twist: a requirement to pay into the system.

Under Indiana’s Medicaid program, the Healthy Indiana Plan, or HIP 2.0, recipients are required to make monthly payments into an account, called a POWER account, to receive coverage. Verma’s idea, as she wrote in a blog post for Health Affairs, was to get people to take personal responsibility for their health coverage and provide an “incentive to make cost-conscious health care decisions.”

The payments run between $1 and $26 per month. But if you fail to make them, repercussions are harsh. Individuals making below the poverty level (about $12,000 per year) get bumped to a lower level of coverage, HIP Basic, which requires copays for drugs and doctor visits and doesn’t cover dental or vision. People making between 100 and 138 percent of the federal poverty level (about $16,000 per year) get locked out of coverage for six months.

About 250,000 people gained coverage under HIP 2.0, and with Verma’s new national role, health policy experts think the Indiana model could spread to other states. But David Machledt, a policy analyst with the National Health Law Program, argues that forcing poor people to pay for Medicaid is counterproductive. “Adding these supposed incentives, they may look good from a policy point of view, but when you get on the ground, people just don’t know what’s going on,” he says.

And even if someone on HIP 2.0 does everything right — they make their POWER account contributions on time each month — they could still lose coverage because the state and insurers running HIP 2.0 are making mistakes, according to Indiana Legal Services, a nonprofit that has helped dozens of Indiana residents appeal HIP 2.0 cases.

Fifty-nine-year-old Allen Wilson is one of their clients. He was an over-the-road truck driver for 38 years before his health issues forced him into retirement. He has diabetes, heart disease and kidney problems.

Wilson signed up for HIP 2.0 in 2015 and paid his bills each month. But he says one time when he went to the doctor, they told him he was not covered. When he called his insurance company, Anthem, he says they told him he missed a payment.

Even with evidence of his POWER account payments, Wilson says this kept happening. Bills that should have been covered went unpaid, and he and his wife were frustrated, he says: “She finally told them straight out, ‘Are you trying to kill my husband? Is this what you're doing?’”

Eventually, they got help from Katherine Wood, an attorney at Indiana Legal Services who handles a lot of HIP 2.0 cases. Wood tried to get the HIP system to recognize his coverage.

Attorneys with Indiana Legal Services say they’ve appealed and resolved dozens of cases where the state or insurance companies made mistakes that got people kicked off of HIP 2.0. They think the errors stem from miscommunications between the state and insurers.

“The reason we win appeals with our clients is because our clients did everything correctly from the beginning,” Wood says.

And Wood says, the mistakes her organization is seeing could be just a fraction of what’s out there. State reports show thousands of people have been kicked off of their HIP coverage for missing a POWER account payment. But if a HIP 2.0 client actually made that payment, they may not know they can appeal, or that they can get help through organizations like Indiana Legal Services.

Anthem declined to comment about its role in HIP 2.0. The Family and Social Services Administration, the state agency running HIP 2.0, also declined interview requests for this story.

But advocates like Wood say administrative errors are inevitable, given how HIP 2.0 is structured. The program requires coordination between large bureaucracies — the state and three insurance companies — to manage thousands of monthly payments.

These kinds of errors are “a completely predictable result of layering on a bunch of rules and entities,” says law professor Fran Quigley of the Health and Human Rights Law Clinic at the Indiana University McKinney School of Law.

The process of collecting these small payments is costly and cumbersome for the state to run, argues Machledt. “It has to find out how much people are supposed to be charged based on their income level. It has to find a way of collecting that money and find different ways for people to actually make those payments,” says Machledt. “There are a lot of logistical challenges.”

And the logistics of the system can be baffling for the people who need it. Many HIP 2.0 members never had health insurance before and may not have bank accounts or credit cards to make their POWER account contributions. According to a survey commissioned by the state, 40 percent of HIP members had never heard of a POWER account, even though they all have one. More than half of survey respondents who had been bumped to HIP Basic for missing a payment said they did not know they needed to make a contribution to their POWER account, or that they were confused about their membership and plan type.

“I think one of the big lessons of the Indiana program is that people are confused by it,” David Machledt says. He adds that the requirement to make monthly payments has been shown to reduce enrollment in other states. About 397,000 people were enrolled in HIP 2.0 as of November, although Indiana projected 424,000 Hoosiers would be enrolled by that time. (The state estimated that 573,000 people would eligible.)

Even when a judge sides with Katherine Wood’s clients, it doesn’t always help. Allen Wilson eventually got on Medicare, but Anthem still hasn’t paid some of the bills he accrued when he should have been covered by HIP 2.0. He says the bills total a few thousand dollars and that debt collectors frequently call him, demanding money.

“What else can I say but, ‘I’m probably never gonna have the money to straighten you out,’” he says. “It’s just not gonna happen.”

If Anthem doesn’t end up paying, Wilson plans to file bankruptcy. He still worries about the money, about his credit, but he’s glad to be off of HIP 2.0 for good.

“It was just an ongoing battle with them,” he says. “All the time.” 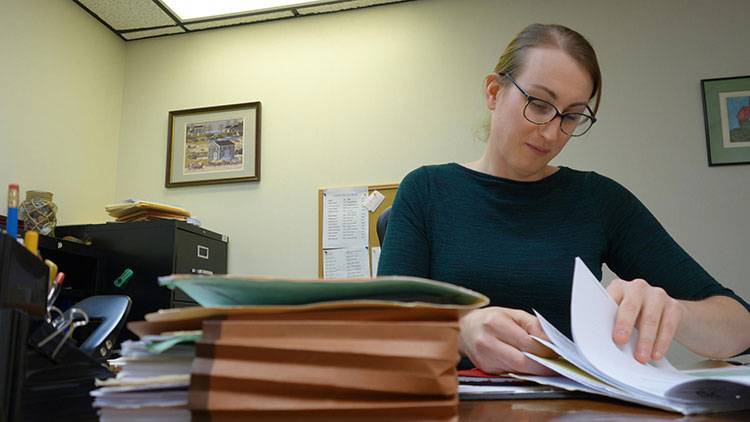 Tags:HIP 2.0Affordable Care ActMedicaidCenters for Medicare and Medicaid ServicesChasing the DreamSeema Verma
Support independent journalism today. You rely on WFYI to stay informed, and we depend on you to make our work possible. Donate to power our nonprofit reporting today. Give now. 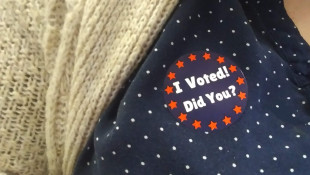 Hoosiers with print disabilities can choose a person to help them fill out their vote-by-mail ballot for this falls election. Thats after a federal judges recent ruling in a lengthy legal battle. 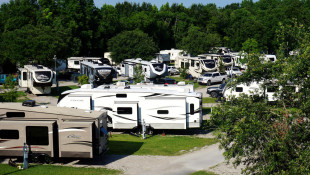 The U.S. Equal Employment Opportunity Commission suit says an employee with a disability was fired for taking time off to attend his medical appointments and surgery. 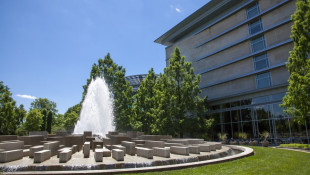 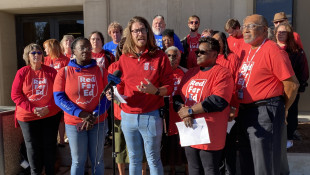