A new Indiana plan to expand state-funded preschool allows the program to extend to 15 new counties, ties it to the state’s private school voucher program and includes a controversial option for online preschool.

Currently, the $10 million state-funded On My Way Pre-K program serves around 1,500 low-income students in five counties. Expanding preschool access in Indiana has been a key goal of lawmakers this session, including Gov. Eric Holcomb.

The size of the expansion remains unclear, but under a budget proposal likely to remain intact, the state would double the program’s size. They’d dedicate $20 million to brick-and-mortar preschool annually – and allow it to grow in a limited fashion.

The Legislature approved the preschool plan Friday. It now heads to the governor’s desk.

House Rep. Bob Behning (R-Indianapolis), architect of the preschool expansion, says the state’s 92 counties are all eligible to compete to become one of 15 counties included in the expansion. Rural counties and counties with a lack of high-quality preschool providers, he says, will be prioritized.

“Studies have shown low-income children often start kindergarten up to 18 months behind their peers. Without some form of intervention, like pre-K, this achievement gap could still be present at age 10,” Behning said, in a statement. “On My Way Pre-K and similar high-quality programs can provide children living in poverty a strong start to their academic careers.”

In a controversial move, students would automatically be enrolled in the choice scholarship program if the preschool they attend is a private school that accepts state-funded vouchers.

Jennifer McCormick, state superintendent of public instruction, said, in a statement, she’s “pleased to see an expansion,” but denounces the voucher link.

“Given the state’s overall financial situation and concerns regarding K-12 funding, we do not support tying the voucher initiative to this effort,” McCormick said.

The preschool plan kills the state’s $2 million early education matching grant program and rolls it into the On My Way Pre-K program. Currently, the two programs operate separately.

The proposed increase in preschool funding falls below what Gov. Holcomb and preschool advocates originally asked for.

“This is a very, very modest step in the direction we want to go,” says Rep. Edward Delaney (D-Indianapolis). “Four-year-olds don’t divide themselves up by county.”

Delaney and other advocates hope to see more state-funding dedicated to expanding preschool to all 92 Indiana counties.

Senate Republicans have said they are wary of allocating millions more dollars to a state-funded pilot program that hasn’t been fully studied. And Sen. Luke Kenley (R-Noblesville) made financial and idealogical objections.

Tags:On My Way Pre-Kstate-funded pre-Kpre-k2017 legislative session
Support independent journalism today. You rely on WFYI to stay informed, and we depend on you to make our work possible. Donate to power our nonprofit reporting today. Give now. 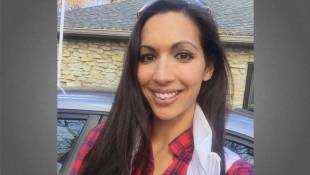 Josie McKay is one of just 52 educators from across the country to receive this distinction. The program recognizes educators who integrate digital media and resources into their classrooms.

Cursive Writing Finally Gets Its Day At The Statehouse, Kind Of

It's an issue that Indiana lawmakers have declined to take-up or require for the past five years. Until now, lawmakers have killed the handwriting issue.