The Indiana Department of Transportation Wednesday provided the State Budget Committee with a sobering look at the state’s future infrastructure maintenance costs.

Indiana’s bridges were built to last 75 years, and half are at least 50 years old.  INDOT Commissioner Karl Browning says about 7 percent are in what he calls “poor condition” – not that they’re unsafe, just that it will cost a lot to fix them.

“And in order to achieve that, that’s nearly a hundred million dollars more a year than we have available to spend today for the next 20 years,” Browning said.

Roads are in a similar state: Browning says to reach an ideal maintenance level, funding would need to increase about $170 million a year over 20 years.  The INDOT Commissioner says a report due at the end of next summer could help provide solutions.

“We will have a model system that will say, ‘Here are ways to raise revenue that are specific and targeted to the kinds of problems that we need to solve,’” Browning said.

Browning says he does not recommend raising the gas tax. 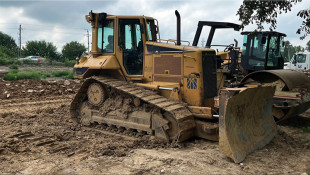 A new $11 million effort to overhaul Emerson Avenue on the city’s southeast side is underway.