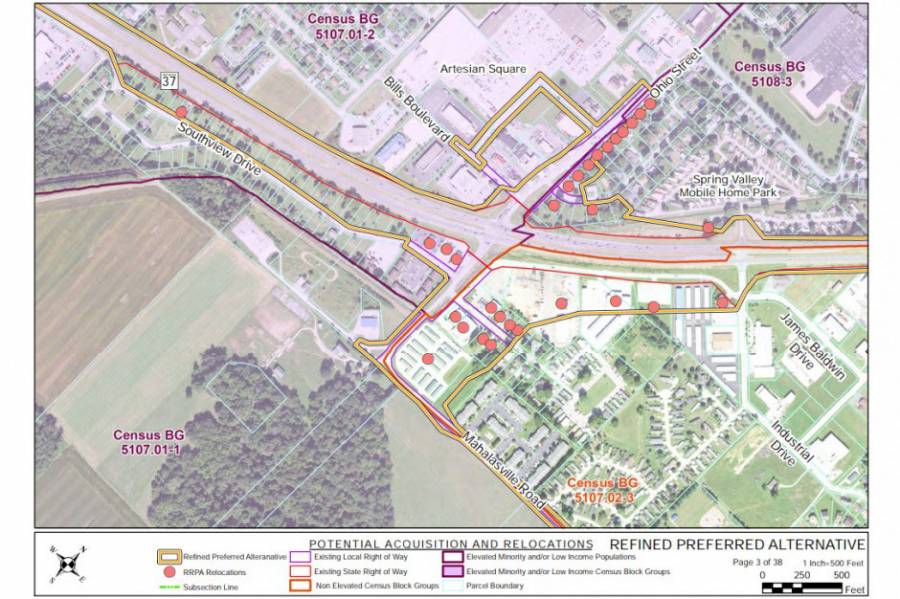 The final leg of Interstate 69 from Martinsville to Indianapolis will cost nearly $1.6 billion.

That’s according to the final environmental impact statement for I-69 Section 6 the state released Thursday. The analysis says construction could start in 2020 and wrap up within six years.

Just under 190 homes and roughly 80 businesses will have to move to make way for the interstate. That includes one fire station and two non-profits.

But, the state says Morgan, Marion and Johnson counties will reap economic benefits as a result of the interstate. The statement predicts development of the area will result in an additional 1,400 jobs by 2045.

How the state plans to fund the project is unclear.

The Indiana Department of Transportation released the final environmental impact statement for section 6 of I-69, which will stretch from Martinsville to Indianapolis.

The complete report is available online.

Tags:INDOTIndiana Department of TransportationIndianapolisMartinsvilleInterstate 69
Support independent journalism today. You rely on WFYI to stay informed, and we depend on you to make our work possible. Donate to power our nonprofit reporting today. Give now.