The Indiana Department of Transportation hosted a public event Wednesday about the future of deteriorating interstates in downtown Indianapolis.

The open house and presentation focused on INDOT’s “System-Level Analysis” conducted in response to community input on the future of I-65 and I-70. The analysis assessed seven potential interstate concepts.

The interchange is in critical need of repair due to safety concerns, dilapidating bridges and pavement, and congestion. Manning says the conversation is just beginning for the North Split Project, and that community feedback will be considered.

“We’ve got a chance to create something much better and we really do need the public’s input,” Manning says.

Some community members who attended the event say they’re worried INDOT will choose the cheapest and fastest solution, rather than rebuild North Split and the downtown interstate for liveability.

Representatives of Rethink 65/70, a coalition of civic organizations, posted signs around the event which read “Don’t let INDOT divide us.” Marjorie Kienle says the coalition wants INDOT to consider a solution which works for all community members and considers factors beyond traffic flow.

“I live a block and a half from the interstate. I have to clean black pollution off my plates that are on the open shelves,” Kienle says. “We want neighborhoods that are liveable.”

Kienle and other residents of the nearby historic neighborhoods also say they are hopeful INDOT will consider their concerns before moving forward.

At the end of INDOT’s powerpoint presentation, Transportation Planning Director John Myers reiterated the call for public feedback and said the conversation about the downtown interstate will continue.

June 7 is the deadline for public comments on INDOT’s analysis. Myers says INDOT will next develop specific North Split Project alternatives to share with the public in the fall. 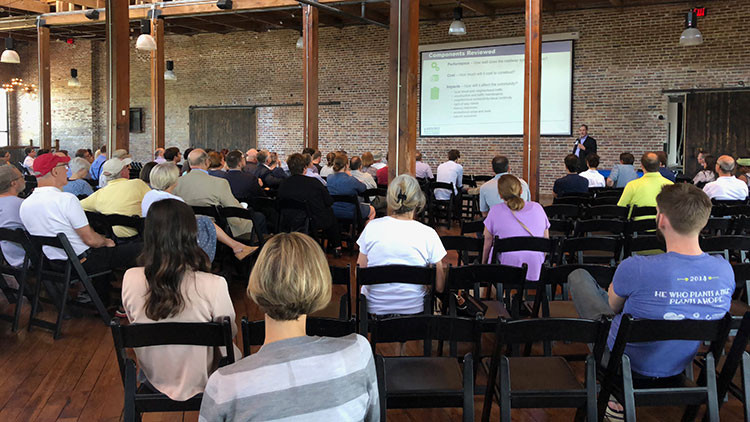 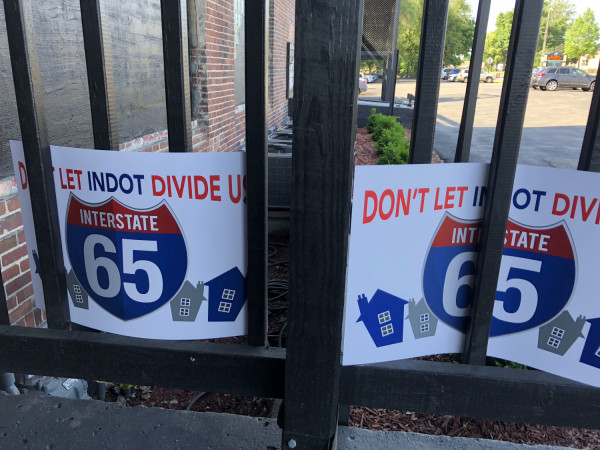 Tags:Interstate 65Interstate 70North Split ProjectIndianapolisIndiana Department of Transportation
Support independent journalism today. You rely on WFYI to stay informed, and we depend on you to make our work possible. Donate to power our nonprofit reporting today. Give now.