The Indiana Department of Transportation held a virtual presentation Thursday to discuss plans for the I-65/I-70 split project and to collect public input. The presentation included an environmental assessment of the project as well as the reasons for it, and a review of all proposed plans. Those plans and public comments will then be sent to the Federal Highway Administration for further evaluation.

The Indiana Department of Transportation is assessing the environmental impact of the North Split Project. The assessment considers the effects on historic districts and neighborhoods, highway noise, environmental justice, and traffic impacts of construction.

Issues currently considered include: Which exits and entrances are expected to have more traffic if other are eliminated? And Michigan gets quite congested, is there are plan to address this with the expected increase in traffic?

Some people voiced concerns about access to certain parts of the highway and the potential construction delay because of the pandemic.

In addition to the environmental impact assessment, INDOT will send public comments and responses to the Federal Highway Administration (FHWA) for further evaluation. FHWA will review the plans and public input to determine whether the project poses no significant impact, or it will request INDOT to make an Environmental Impact Statement (EIS) to justify the need for the project.

The project team proposes it move forward with what they call “Alternative 4C.” That has already been reviewed to determine it meets the project's purpose and needs.

In the proposed plan -- there would be access to the Pennsylvania Street off-ramp from I-65, but not from I-70 East, as there is today. Instead, the traffic would divert to the Michigan and Ohio Street ramps and to West Street. As for Delaware Street, there would still be access to I-70 from the Delaware entrance ramp, but there would no longer be access to I-65 and the Collector-Distributor Road -- which leads to North Street, Michigan Street, New York Street, Ohio Street and Fletcher Avenue.

“It has a smaller and more compact footprint than the existing interchange does. We were able to accomplish this interchange design with minimum widening, with shorter walls, and, again, it can all be done within the existing property that INDOT already has,” Schickel said.

INDOT analyzed a total of five alternatives, which were reviewed by the public in fall 2018. The alternatives ranged from no building to adding more through lanes and large retaining walls. Other alternatives looked like they could meet the purpose and need for the interchange, however major impacts to nearby communities and neighborhoods made them less appealing.

The project is intended to improve overall safety and increase traffic capacity by eliminating congestion caused by cars weaving between each other to change highways or exit to the city.

The I-65/I-70 northeast interchange split was constructed in stages from 1968 to 1976, and most of its original infrastructure still stands. INDOT plans to repair, and in some cases completely replace, bridges and pavement. Spokesperson Mallory Duncan said it’s time to rethink what’s known as “the North Split.”

“How can we make it safer? How can we increase capacity and how can we rebuild the North Split to maintain its life? So, those are the big reasons that this project was necessary, but the main one is that it’s 50-years-old, and it’s time for a change and time for us to maintain that asset,” Duncan said.

When talks of I-65/I-70 reconstruction began, a coalition of various organizations and businesses near the interchange joined to create Rethink I-65/I-70.

Member of the Historic Urban Neighborhoods of Indianapolis (HUNI) Marjorie Kienle said the community is most concerned about the connectivity of neighborhoods and economic development opportunities.

“We know from history, all over the country, that these interstates, when they were first built, destroyed downtowns, destroyed neighborhoods, pushed people out, divided one neighborhood from another, and in many cases divided neighborhoods from themselves,” Kienle said.

Kienle also said the only way for neighborhoods and communities to be reconnected once again would be through a complete upgrade of the interchange underpasses. Rethink hopes for the inclusion of an urban forest and a more inviting design of the underpasses through well-lit pedestrian walkways and public art.

There are a number of professionals in Rethink working with and giving suggestions to engineers in the North Split project team. To address the concerns of community, the project team established the Community Advisory Committee (CAC) and Environmental Justice Working Group to assist in the decision making process keeping the community in mind. The CAC is made up of 70+ representatives within government, neighborhoods, large employers, schools and community interest groups.

If the FHWA determines it approves INDOT's prefered plan, after the completion of the Environmental Assessment phase, the project team will continue to the design and construction phases.

“We are anticipating that construction will start later this year,” Duncan said, “but it all depends on that environmental process.”

Construction completion is anticipated in 2022, possibly rolling over to 2023.

INDOT will hold one more public hearing on Monday, August 3. The in-person meeting will be held at the Ivy Tech Community College Culinary and Conference Center at 2820 N. Meridian St., Indianapolis, IN 46208. Doors open to the public at 4 p.m., and two presentations will be given starting at 4:30 p.m. and 6 p.m..

The City-County Council approved hundreds of millions in funding for projects and programs during its meeting Monday night.
Read More 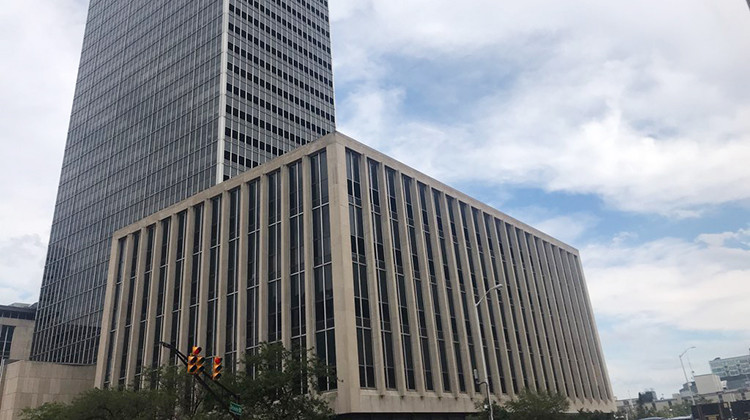