INDIANAPOLIS -- Two Indianapolis scientists – one an expert in cancer research,  the other in nano-biotechnology – have created a tiny sensor that reliably detects pancreatic cancer markers in blood samples. The two hope their work will someday lead to simple blood tests to detect not just pancreatic cancer – but every cancer.

Pancreatic cancer is called the deadliest because by the time it's typically diagnosed, it's so advanced that it's almost impossible to treat, according to Dr. Murray Korc, a renowned pancreatic cancer researcher and the Myles Brand Professor of Cancer Research at the IU School of Medicine.

“The only cures that have occurred, have been in patients that the diagnosis was made early and most of the time inadvertently,” Korc said.

Right now, it takes scans and invasive tests to diagnose the cancer. But Korc and Dr. Rajesh Sardar, a nano-biotechnology professor at IUPUI, have developed a simpler way. Their sensor can find the micro RNA of pancreatic cancer in a blood sample.

“We’ve actually been meeting almost every Saturday – probably for 18 months now? A long time," Korc said. "And the initial test design was – well, may it works, maybe it doesn’t. But as we worked on improving the technology – it definitely does work. Not only does it work – it actually measures it better than any other test that is currently available.”

But what they can’t do yet – is detect pancreatic cancer in the early stages.  Right now, the typical patient lives only about six months after diagnosis. But for them to have any chance of long-term survival, the disease needs to be detected right after onset.

Only 40 percent of patients survive five years or longer if the cancer is diagnosed at its earliest stage, called "1A," Korc said.

"But 1A still isn’t good enough. What we are working toward is finding markers for pre-1A,” he said.

Sardar says the work he's doing now has been a goal since college. “When I was a grad student, to be honest, that was one of my dreams to find a cure for cancer,” he said.

The fine tuning of the sensor takes place in Sardar’s lab at IUPUI.

"If I ask you, what is the color of gold?," Sardar says with a smile. "Obviously, everyone says gold is gold-colored. In my lab I would say gold is blue-colored," he laughs.

That’s because the small glass sensor, not much bigger than a postage stamp, appears blue after gold is chemically attached to it. The sensor can be immersed in a blood plasma or serum, then rinsed. And if the micro RNA of pancreatic cancer is present, it'll react with the sensor.

“And that reaction can be monitored using simple optical spectral scoping. The instrument we’re using is very common. Every lab has this instrument – so it’s a very simple technique," he said.

Both men are excited about the potential of their work – results of which have been published in the November issue of ACS Nano, a peer-reviewed journal of the American Chemical Society. The two believe sensors potentially could be created for every cancer and other diseases.

But getting this cutting-edge technology from the nanotechnology lab to the diagnostic lab would be a major undertaking. While the sensor is simple and inexpensive to make, supplying labs nationwide will take a lot of money. Korc says they’re being urged to create a company to help them do just that. 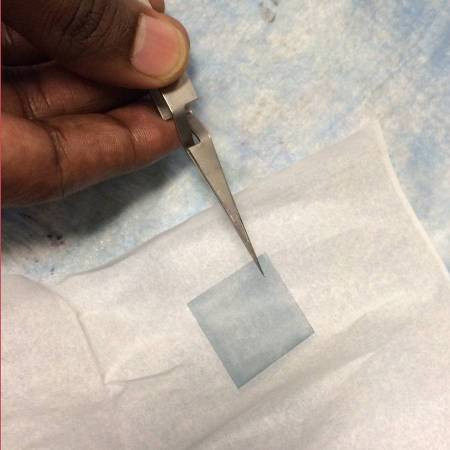 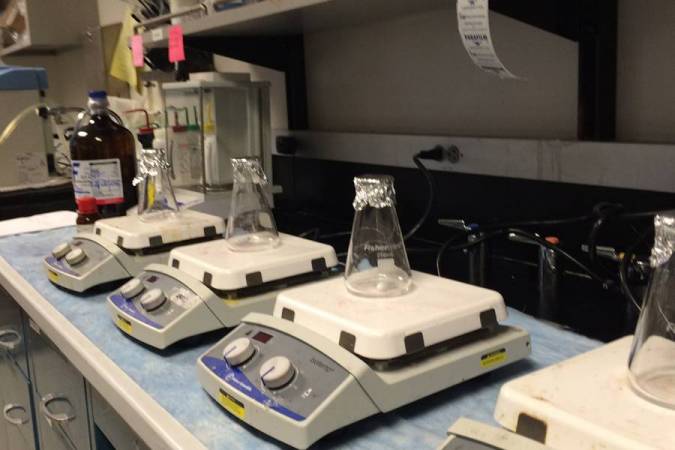 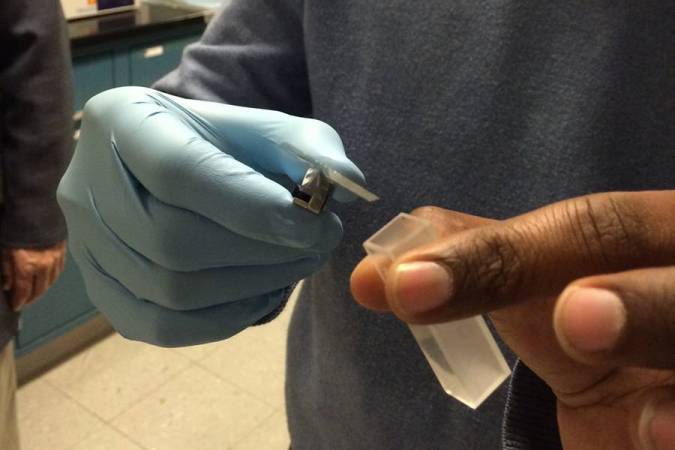 Tags:IUPUInanotechnologyMurray KorcRajesh SardarcancersensorbiosensorIU School of Medicine
Support independent journalism today. You rely on WFYI to stay informed, and we depend on you to make our work possible. Donate to power our nonprofit reporting today. Give now.