Carmen and Tom Breedlove play with their 2-year old son Buck the night before her eighth and final chemotherapy infusion at the IU Health Simon Cancer Center.

At 41, Tom was treated for testicular cancer when Carmen was pregnant with Buck.

“Having him now," Tom says, "I sometimes feel that we were all brought together when we needed each other the most and we needed our son to help us get through this,” he says.

“Yes," adds Carmen. "He’s so strong and such a good boy and he’s so laid back and I love him more than you ever knew you could love, but he gets me through it," she says.

Carmen was diagnosed when she was 40, about a year after Buck was born.

The first recommended screening for colorectal cancer is a colonoscopy at age 50. But Carmen wants people to be aware of symptoms and insist on being screened if they suspect something is wrong. Her first symptom was extreme fatigue, which she attributed to being a new mom, followed by stomach problems.

“And I just thought, Oh, I’m allergic to gluten or it’s my diet. Because when I’d eat better, I’d feel better," she says. "So I would take probiotics and I would stop drinking coffee and I just tried everything under the sun and my stomach still hurt. So, I had told my doctor several times – my internist – and he just didn’t think anything of it.”

Until she told him about increasing blood in her stool.

An American Cancer Society study published in February shows a rise in colon and rectal cancers in younger people.

“One out of every 4 rectal cancers is being diagnosed in someone under 55,” says Dr. Otis Brawley, chief medical officer for ACS. He says more study is needed to determine the reason for the increase. And while the recommended age for colonoscopy remains 50, he says if someone in your immediate family has been diagnosed with colorectal cancer, then your first screening should be 10 years before the age that family member was diagnosed.

During her final infusion, on lucky April 11, Carmen passes the time by making a bracelet – a skill she learned from art therapists. Eight special beads signify each chemo treatment.

“And it helps me just not think about – just to be off in my own world," Carmen says. "I don’t know... it’s just therapy. And I’m so glad they offer that to all the cancer patients,” she says.

Unhooked from IV, Carmen, Tom and Buck make their way to the center of the unit so she can ring a bell symbolizing the end of her treatment.

“Thank you, everyone, for helping me. It’s been 11 months and I was stage four and they got my cancer,” Carmen said. 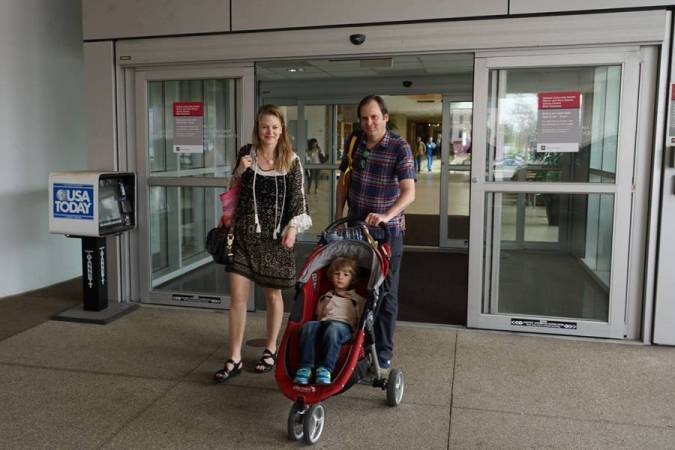 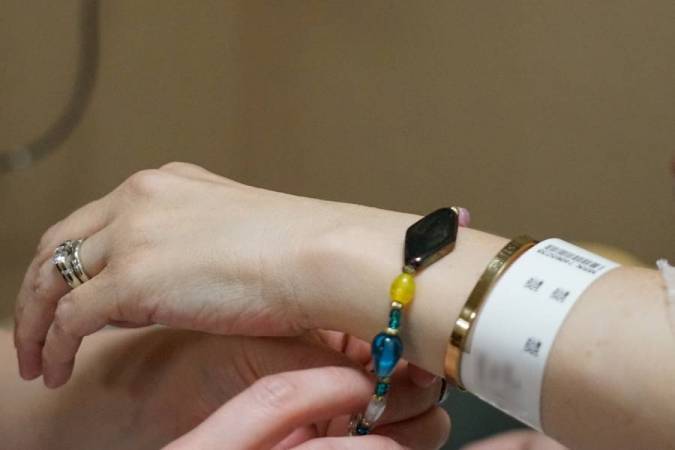 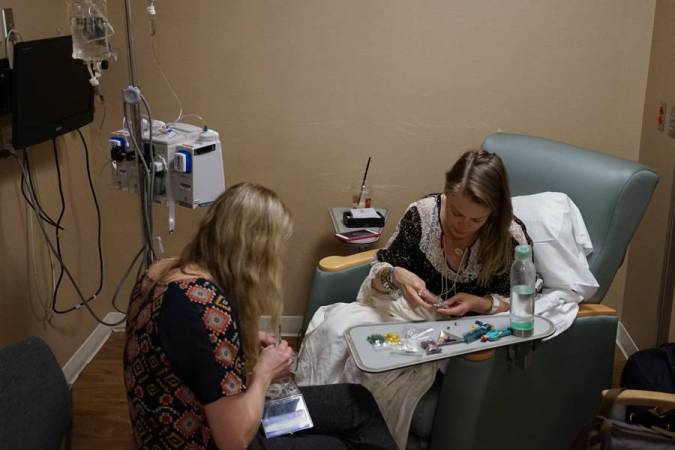 The Marion County Public Health Department recommended Tuesday that all residents of the county including Indianapolis wear masks in indoor public spaces, regardless of vaccination status.
Read More