Inside The Capitol A Day After The Insurrection

Cleanup continues at the U.S. Capitol a day after a pro-Trump mob occupied parts of the building -- and delayed a vote to certify Joe Biden's election as president.

At the U.S. Senate building shattered glass is everywhere -- outside and in the halls. Clean-up crews are still sweeping up broken glass, trash and splintered wood left by the violent protestors who stormed their way in.

WFYI reporter Hilary Powell is inside the Capitol today and says trash -- including cigarette butts and food wrappers -- is everywhere. Many windows still haven't been boarded up or replaced. Some statues in hallways are stained red.

It's much quieter than a normal day, when the halls would be bustling with legislative aides. And it is certainly a dramatic change than Wednesday's chaos.

Legions of the National Guard and Virginia State Police stand guard around the building…along with barricades being set to keep any future insurgents out.

D.C. Mayor Muriel Bowser calls the events of the week “domestic terrorism” and is calling for residents to remain at home if possible. 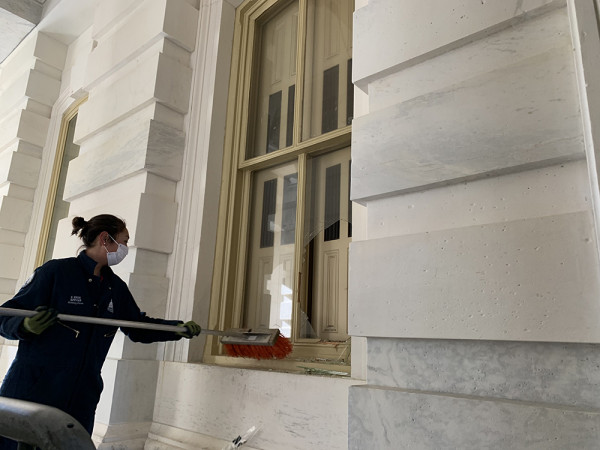 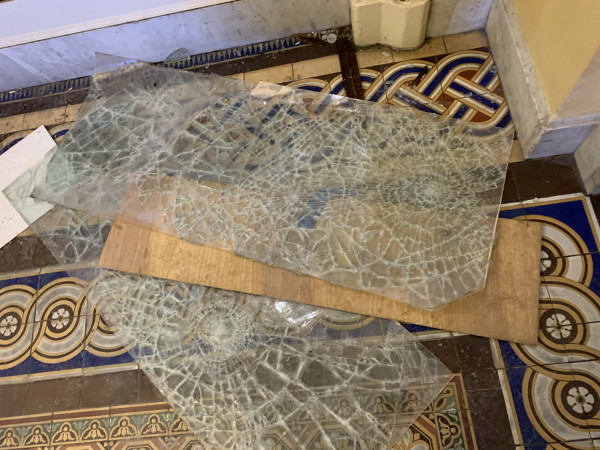 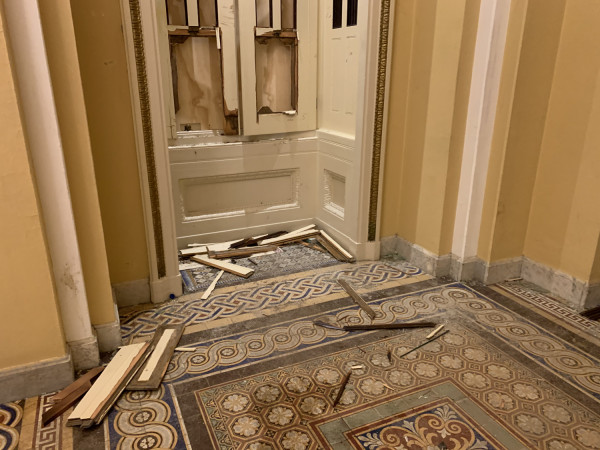 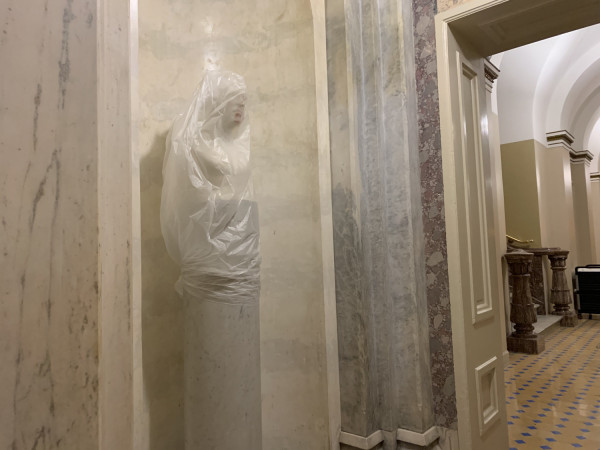 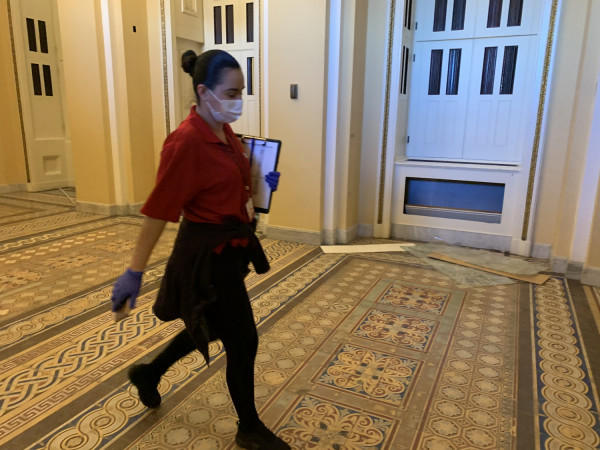 Tags:U.S. Capitol2020 election
Support independent journalism today. You rely on WFYI to stay informed, and we depend on you to make our work possible. Donate to power our nonprofit reporting today. Give now.