Lori Torres announced Friday her office will look into the accusations after the governor and legislative leaders requested the inquiry.

Media does not usually name victims of any sexual misconduct allegations. In this case, the lawmaker has identified herself in a column published Friday in The (Northwest Indiana) Times.

Hill released a statement, calling for a “fair and thorough investigation” into those allegations.

“I now stand falsely accused of some of the same crimes I spent 28 years prosecuting,” Hill said in the statement. “Yet without a thorough investigation – without the right to face my accusers and review the evidence against me – I am convicted by public officials demanding my resignation.”

In his statement, Hill said the inspector general would not conduct a fair investigation into the allegations, and instead called on the Marion County Prosecutor’s Office to investigate.

“Once the investigation is complete and I am exonerated, I would hope that my good name is properly restored with the same vigor with which it has been tarnished,” Hill said.

The inspector general’s role is to investigate and address fraud, waste, abuse, and wrongdoing in any executive branch agency.

Tags:Indiana Inspector GeneralCurtis Hillsexual misconduct
Support independent journalism today. You rely on WFYI to stay informed, and we depend on you to make our work possible. Donate to power our nonprofit reporting today. Give now. 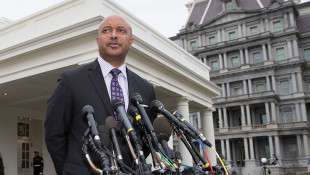 Holcomb, Bosma, And Long Call For Curtis Hill To Resign

The governor and GOP legislative leaders say they believe Hill's accusers and call for the Attorney General to step down. Hill denies the allegations.