An element that plays a critical role in science and medicine is becoming harder and harder to find.

Helium is the second most abundant element in the universe, but there’s a limited supply here on earth; and according to the U.S. Geological Survey, demand for helium has increased over the past several years.

That’s causing prices to climb and researchers to worry.

Norm Ladd is spending his morning filling white balloons with helium. He ties them off and then attaches expertly-curled red ribbon.

Cream and crimson are popular requests at Blast Off Balloons in Bloomington. The business has filled a lot of orders for Indiana University graduations over the years.

Norm’s wife Pamela started the business more than three decades ago – an idea she formulated on a napkin while having dinner at Colorado Steakhouse. She wanted a job that would bring people joy. And balloons seem to do the trick.

“My biggest thing in life, bigger than anything else is that I love to see people happy,” Pamela says. “Absolutely love it.”

But Blast Off Balloons isn’t as busy as it used to be.

Over the past few years the number of people buying balloons has dropped and Pamela says business has slowed.

“Prices have gone up astronomical,” she says. “Just through the roof. So it’s lowered business. A lot of people can’t afford balloons.”

It’s becoming a lot more expensive for her to buy helium because of a worldwide shortage of the element.

Pamela estimates they’re paying five or six times as much for tanks of helium than they were ten years ago.

“Who would have thought a simple balloon would be a luxury item? But it is,” she says. 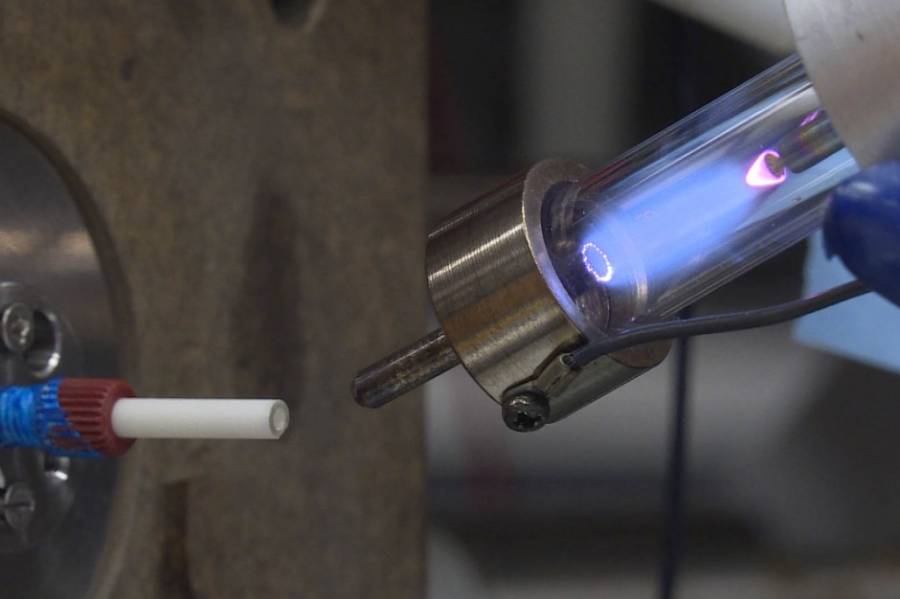 Scientists are trying to find ways to preserve helium. Photo by Barbara Brosher.


International Demand For Helium Causing Shortage
Helium is a non-renewable resource that’s only found in a few locations throughout the world.

It’s a byproduct of natural gas production and the United States is the largest producer of helium in the world. There are plants in Kansas, Texas, Wyoming, Colorado and Oklahoma.

But those resources could eventually be depleted.

“It’s not very abundant,” says IU PhD Candidate Andrew Storey. “It’s about 0.00005 percent of the atmosphere her on earth. However it is the second most available element in outer space. But being able to actually capture large amounts of gas and bringing it down to earth is quite difficult.”

The U.S. Government owns much of the country’s helium and is also the nation’s largest consumer of the resource.

The 2013 Helium Stewardship Act requires the U.S. to auction off federal helium and any associated properties by September of 2021. The Bureau of Land Management held its second auction of federal helium earlier this year, which resulted in more than $28 million in revenue.

The second largest consumer of helium is Macy’s, which uses helium in its annual Thanksgiving Day parade. But the element also plays an important role in hospitals around the world.

Liquid helium is the only resource that can cool the superconductive magnets found in MRIs to the very low temperatures necessary to capture detailed images of organs and tissues.

The resource has similar applications in the world of science, where Storey says it’s often used to conduct research.

“One of the things that we’re implementing is what we call the flowing atmospheric pressure afterglow source,” Storey says. “It’s an ion source that allows us to probe a surface and look at the molecules that are on that surface.”

There is no substitute for helium when it comes to cooling materials to very low temperatures, which is what it’s used for most often in the U.S.

Scientists like the ones working in IU’s Chemistry lab are trying to find ways to conserve the precious resource.

And with some applications Storey says they’ve been successful.

“We’ve made it so that we can operate the source discontinuously, where we can turn it off for maybe 55 seconds out of every minute and turn it on to simply make the plasma sustained, sample whatever we might want and then turn it off when we’re not using it without losing a lot of stability of the instrument overall,” he says.

But a more widespread solution to the problem has yet to be discovered. Until one is, the price of helium will continue to climb.

And that’s forced Pamela and her husband to stop advertising their balloon business, only filling orders from repeat customers.

“Someone said if you want to quit, shut off your number,” Pamela says. “Well I can’t, because the person on the other end of the line needs some fun.”

Pamela isn’t sure how much longer they’ll be able to afford supplying that fun.

Tags:BloomingtonheliumHelium Stewardship Act
At WFYI, our goal is to cover stories that matter to you. Our reporting is rooted in facts. It considers all perspectives and is available to everyone. We don't have paywalls, but we do need support. So if unbiased, trusted journalism is important to you, please join us. Donate now.

Boy, 8, Dies After Shots Fired Into House In Indianapolis

The boy was shot shortly after 11 p.m. Tuesday and pronounced dead at Riley Hospital for Children. Police say "numerous" shots were fired into the house from the street on the city's northeast side.
Read More

The FBI is warning people to watch for scams targeting federal stimulus payments tied to the coronavirus outbreak. Last week, the federal government passed legislation that would provide checks to most Americans for as much as $1,200.
Read More

A new federal law gives states the ability to open up their unemployment insurance benefits to self-employed workers. But it could take weeks before Indiana receives guidance on how to actually implement that change.
Read More 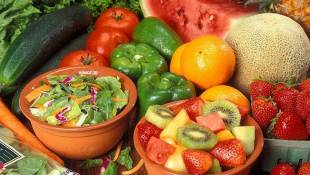 Bill To Address Indiana's Food Deserts Moves On To Senate

A bill that would bring fresh and unprocessed foods to food deserts is moving forward in the legislature.
Read More