IPS closed the school last year after significant under-enrollment and as part of the district’s high school consolidation effort. IPS Director of Special Projects Joe Gramelspacher says as they decide what to do with the 16-acre plot, the district should consider three things.

“Community wishes intersecting with market possibilities, we need something market feasible, but also something the community will support or else it will never be zoned,” Gramelspacher says, “Then we have the third bubble that needs to appear, which is what is legally permissible at this time.”

Bose emphasized that their report only addresses market feasibility, not community wishes or legality.

The analysis also noted possible challenges with the 16-acre parcel. It says the building’s considerable size could be more than many groups need, and that because the land stretches more than one block, roads would likely need to be added.

In 2017 The Broad Ripple Village Association, or BRVA, held community meetings and surveyed 500 people about how the land could be used. Many survey-takers said they want to see it used for a “scholastic purpose.”

Colleen Fanning, BRVA executive director and City-County councilor, says the community has waited long enough for something to happen.

“I think this community is really willing to entertain any sort of transformational development, as long as it includes that scholastic and community-focused development,” Fanning says. “The public deserves to start the process of redevelopment.”

Some local charter school operators have expressed interest in the property, including Purdue Polytechnic High School North, which announced a temporary location a few doors down from the closed high school.

IPS leaders say the worst-case scenario would be a charter school purchasing the land for $1 under a rarely-used Indiana law. It remains to be seen if this transaction would be legal, however, because IPS has millions in outstanding bonds on the property. And Broad Ripple High School could not currently be purchased for $1 because the district uses the building for some administrative offices.

The district is currently lobbying state lawmakers to clarify the $1 charter law and laws around school corporation debt. IPS officials hope this would be enough to give them guidance on a sale.

Gramelspacher says without this clarification in the law, the redevelopment process could be lengthy.

“The reality is, this takes half a dozen lawyers, dozens and dozens if not into the hundreds of billable hours to get too speculative opinions, they would then have to be verified by the IRS and ultimately litigated,” Gramelspacher says.

IPS has sold 12 properties since 2015. The district did not hold significant bonds on those buildings and therefore didn’t have the same questions around the legality of their sales.

The district says it’s waiting for the legislative session to end in April to decide on next steps for Broad Ripple High School. IPS posted a survey, open to the community, to offer feedback on what they would like to see on the land. 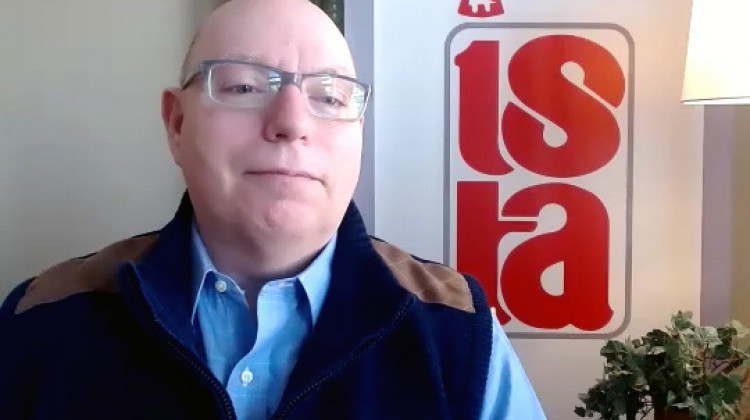