Is A Statewide Public Defense System The Answer?

Part three of the Justice For All series: Indiana could look to neighboring states like Kentucky for ideas on how to change its public defense system.


The sun hasn’t been up for long in Carrollton, Kentucky, but Serah Wiednehoefer is already well into her work day.

“I think ultimately the big draw for me is that it’s an opportunity to give back,” she says.

Wiedenhoefer works as a public defender in Kentucky, which has a statewide system for indigent defense called the Department of Public Advocacy.

She’s one of 11 attorneys who works out of the Boone County office and today she’s spending her morning in Carroll County District Court. 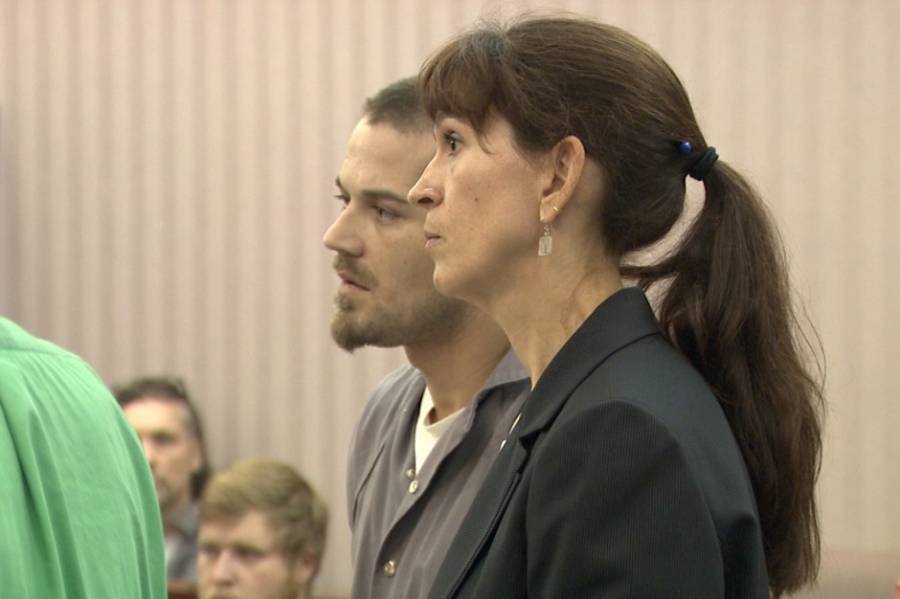 The majority of the people appearing in court today are Wiedenhoefer’s clients. She bounces from one case to the next, greeting each person with a smile and asking the judge to consider setting or lowering the bond for clients who are currently in jail.

It’s dizzying to watch her manage it all. And, while she makes it look easy, she says it isn’t.

“I think the biggest issue is always going to be managing the time with the demands,” she says.

Wiedenhoefer handled so many new and old cases on this day, we couldn’t keep track of them all.

According to the Kentucky Department of Public Advocacy’s annual report from last year, the number of new trial cases has jumped nearly 15 percent in the past 10 years.

The state’s governor proposed a budget last year that would have added 44 more attorneys to help deal with the increasing caseloads, but legislators slashed it from the budget.

So caseloads aren’t getting any easier to manage. Last year, Kentucky public defender caseloads averaged about 55 percent above national standards. It’s an issue public defenders across the nation are grappling with, regardless of how their state’s system is setup.

“The level of justice people receive very well can depend on what side of a county line your crime is alleged to have been committed,” says Executive Director David Carroll.

The reports says Indiana’s public defense system is inherently flawed because “it both institutionalizes and legitimizes the choice of counties to not fulfill the minimum parameters of effective representation. Counties are free to – and do – forgo state money in order to avoid state oversight.”

Some of the recommendations include creating a mandatory training and supervision system and a system to ensure compliance with all standards. The report also suggests creating a statewide appellate defender office, which is something Illinois has. It doesn’t specifically mention adopting a statewide public defense system, and some question whether that would be the best option for Indiana.

Bartholomew County is trying to be proactive about the problem, especially after hearing about the lawsuits filed against Johnson and Allen counties alleging their systems are violating people’s constitutional rights through inadequate representation.

“We don’t want that to happen here,” he says. “Not just because we don’t want the expense of it, we don’t want the possibility of retrying cases that are considered not adequately represented. We want to do this because it’s the right thing to do. And, because people deserve it.”

Herron says it will eliminate potential ethical problems, like those pointed out in the Sixth Amendment Center’s Report.

“I don’t know of any instances in this county where I can say that happened, but I also wouldn’t say it hasn’t,” he says. “And, it’s something neither the judges nor the attorneys want to be involved in, just because it casts an ethical cloud over the judiciary. And, if there’s anything in this country that we need for sure, it’s to have the very highest of respect and the highest accountability [in] the judiciary. We can’t allow ethics to be sullied by a system that does this.”

Herron says the biggest hurdle is getting the county to approve the funding needed to implement the recommendations, which would cost thousands of dollars.

And, that may be the biggest challenge facing the system as a whole. According to the most recent information available from the Department of Justice, from 2012, state governments only spent $2.29 billion nationally on indigent defense. That may sound like a lot, but it’s only about 10 percent of their overall judicial budgets. 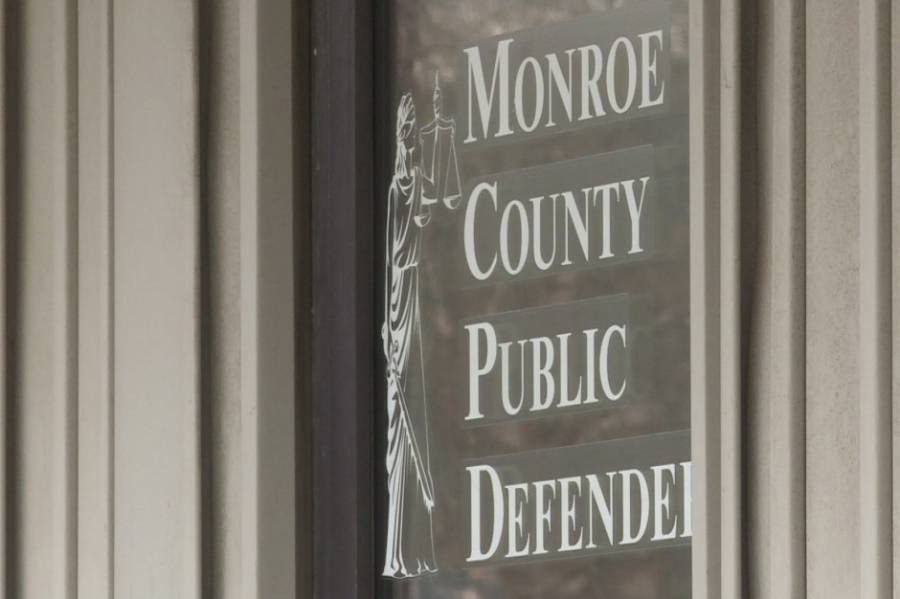 Hunt’s office has one of the most robust systems in Indiana, with 15 full-time attorneys on staff. But Hunt says it wasn’t easy to get here.

“When I tried to get into the state reimbursement program, it meant we needed more attorneys to meet the caseload standards,” he says. “In other words, our attorneys were doing what the state thought was too many cases. And, that required the county council to hire more people. And, I got three or four years of push back where they wouldn’t let me apply until I basically had saved enough money from fees we get to hire a couple of attorneys.”

Hunt says he can’t speak for other counties, but he’s pretty happy with the type of public defense provided in his jurisdiction. Because Monroe County has a public defender office, there’s also support staff to help with the time-consuming tasks associated with defending cases. That’s a luxury many counties in Indiana don’t have.

Back in Kentucky, Wiedenhoefer says that’s one of the biggest benefits of a statewide public defense system: there are more resources for attorneys representing the indigent here.

“I think there is absolutely an argument to be made that a state-run system provides more consistency if from no other point than the training we as attorneys representing the indigent receive and the expectations on us as trying to advocate their best interests,” she says.

Because there is no statewide system, it’s hard to put an accurate number on how much money Indiana spends on public defense as a whole. Making significant changes to the system would likely require state funds, which means the legislature would have to take the issue up.

A study committee recently heard testimony about the need to reimburse counties for more than just indigent felony cases. The Indiana Public Defender Commission wants the state to start reimbursing counties for up to 50 percent of the costs of all indigent cases, which could entice more counties to comply with state standards. The commission has also formed a task force that meets for the first time next month. It will include individuals from all three branches of government and come up with possible solutions to Indiana’s indigent defense problems.

Tags:public defendersJustice For All?
At WFYI, our goal is to cover stories that matter to you. Our reporting is rooted in facts. It considers all perspectives and is available to everyone. We don't have paywalls, but we do need support. So if unbiased, trusted journalism is important to you, please join us. Donate now.