Is Indiana Taking The Right Approach To Workforce Development? 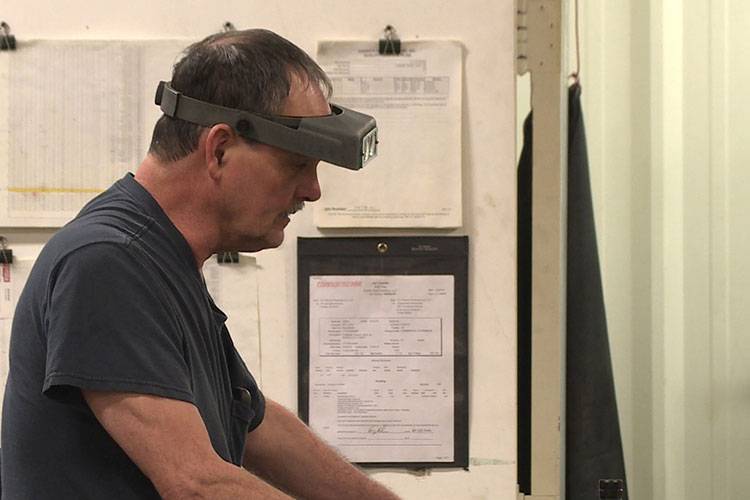 The Indiana Department of Workforce Development estimates there will be more than one million jobs to fill in the state by 2024 – and most of them won’t require a college degree.

Instead, many employers will be looking for highly-skilled workers with specialized certificates to fill positions in everything from manufacturing to healthcare.

The state is spending a lot of time and money trying to address those workforce needs, through legislation passed earlier this year.

But, some question whether the measures are truly tackling the problem.

There’s a lot going on when you step onto the floor at Garrity Tool Company in Indianapolis. Nearly 60 workers here are busy making metal parts. They each stand at different work stations, where they use a combination of their own skills and technology to make a variety of components for biomedical, aerospace and defense contracts.

The parts are in high demand, so Garrity Tool stays busy. But, Director of Business Development Carl Boss says he often has a hard time filling open positions, despite getting dozens of applicants.

“We do look for people who can differentiate themselves,” Boss says. “And, that means come through some kind of, whether it’s an Ivy Tech or Vincennes, some program where they have a baseline of knowledge in manufacturing.”

An increasing number of Indiana companies are looking for workers like that, including the U.S. government.

And, sometimes, he has to recruit people from out-of-state.

He says there’s a big gap between the skills people have and the background employers are looking for.

“There’s a lot of people that are going to school, coming out with the wrong type of degree or a degree that doesn’t mean anything in this area if they stay,” he says. “So, if we can do a good job of ‘This is where the jobs are’ and communicate that, and properly train people to meet those needs, I think that’s what we’ve never done in the past.”

Gov. Eric Holcomb (R-Ind.) recognized that challenge and made workforce development one of his top priorities when he came into office. He signed a couple of bills this year to address some of the skills gaps.

One of them expands the eligibility for workforce ready grants, which provide free training in high-demand industries.

Ivy Tech Community College is a major partner in the initiative. Vice President of Work Force Alignment Operations Janet Rummel says while about 16,000 students expressed interest in the Workforce Ready grants, only a small number qualified.

“In part, it was because sometimes people had been in a program, in an academic program in the past, and perhaps they didn’t do well academically, and they were really deemed ineligible,” Rummel says.

She says legislators changed eligibility requirements to address that, as well as several other barriers. Rummel is hopeful more people will be able to take advantage of the program as a result. 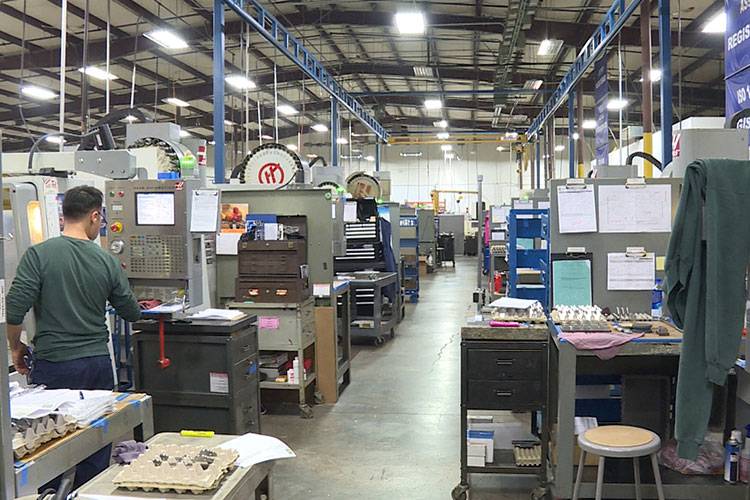 The state is investing money in grant programs that line workers up with additional training in high-demand fields (James Vavrek, WFIU/WTIU).

The partnership with Ivy Tech is one of several state initiatives to address the skilled worker shortage. And, some worry Indiana’s strategy isn’t streamlined enough to make an immediate impact.

“There was no real overarching reform, and we were disappointed in that because we’ve been asking for a real wholesale reform of our workforce development initiatives for a couple of years now,” says Andrew Berger, Senior Vice President for Governmental Affairs at the Indiana Manufacturers Association.

“The time for study is over.” – Andrew Berger, Indiana Manufacturers Association

The IMA came out against one of the workforce development bills this year that did away with the State Workforce Innovation Council and replaced it with an appointed Governor’s Workforce Cabinet.

In a letter requesting a federal waiver to make the change, Holcomb says it will allow for a more nimble cabinet, as well as more direct employer engagement and urgency. If the state doesn’t receive the waiver, there’s a chance it could lose millions of dollars in federal funding.

“The time for study is over,” Berger says. “Governor Holcomb, I forget where he said this, maybe it was in the State of the State address, said that this was the defining issue of the decade. We’re hoping the decade we’re currently in, which has only got a year and a half left. Because, it’s beginning to feel like we may be past the ball here.”

Holcomb announced his appointments to the Governor’s Workforce Cabinet this week, but the first meeting date hasn’t been determined.

Berger says he has his own ideas for what could help address Indiana’s workforce programs. He’d like to see a more open grant program available, as well as a tax credit to empower employers to spend money on programs they know will be the best fit for their workers.

“It’s got to be designed to meet the company’s needs in these areas,” he says. “Because, if manufacturing goes away in some of these communities, that is the basis of the economy. So local and state officials need to realize if these programs, workforce development system is not supporting employers, it’s a recipe for disaster.”

‘It’s incumbent on us to be part of the solution’

The workforce readiness challenges are multifaceted – they involve education, employers and a significant investment of time and money. And, some argue it’s an issue the state can’t address alone.

“The more successful efforts to address that gap tend to be in areas where there’s an active workforce development council or organization at the local or regional level, of which Indiana has many, who are working with employers to find out what they need,” says Jerry Conover, director of the Indiana Business Research Center. “And then coordinating with the real estate industry, the educational institutions to make sure the kind of training needed for those jobs is being provided and the kinds of houses that those workers can afford someone can build it.”

Boss agrees. He thinks companies like Garrity Tool need to be involved in both building and fueling the workforce pipeline.

“I don’t like it when companies will go out and complain about what the schools are and aren’t doing as far as preparing workforce for us, because it’s incumbent on us to be part of the solution,” Boss says.

The need to skill workers up will only get more urgent over the next few years, as more baby boomers retire from the workforce. And, that’s something on Boss’ mind as he looks out over the shop’s floor.

“I was talking to one of my employees and we were talking about the average age of our workforce," he says. "That’s back to the pipeline. That’s back to getting people reengaged in careers of manufacturing.”

Tags:workforce developmentIndiana Department of Workforce Development
Support independent journalism today. You rely on WFYI to stay informed, and we depend on you to make our work possible. Donate to power our nonprofit reporting today. Give now.