An Indiana State University fraternity is one of the first in the country to use solar panels to help power their chapter house.

Pi Kappa Alpha, or Pike, recently installed 75 solar panels across the top of its house. A Pike alumnus funded the project, which powers all of the outdoor lighting and half of the education center. An ISU Pike alum at One Planet Solar also installed the panels.

Josh Michael is member of the Pike Housing Board. He says they plan to be working on phase two of the solar panel project by 2020.

“Which would be basically this facility like a reprint added onto the south end,” he says. “We would add to this system that we have now in hopes of having 100 percent of our energy needs met, at some point, with solar.”

Michael says after the fraternity added cisterns to collect rainwater, the chapter wanted to find another environmentally friendly project. He says they hope it will start a trend.

“One would speculate that with us doing this that hopefully more people would get on board and, you know, start looking at some green energies,” he says.

The fraternity expects the panels will result in a savings of about $250,000 over the next 30 years. 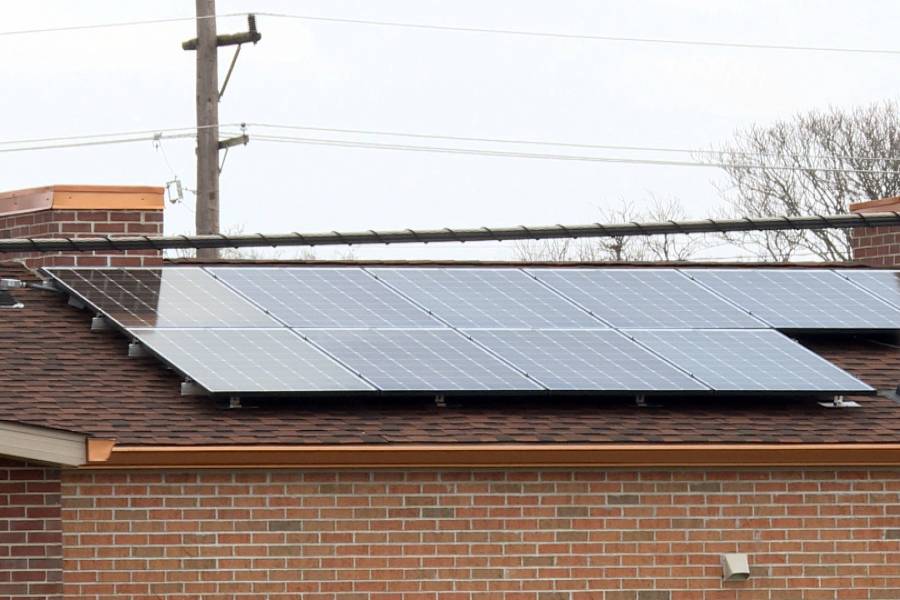 Tags:Indiana State Universitysolar powerPi Kappa Alpha
Support independent journalism today. You rely on WFYI to stay informed, and we depend on you to make our work possible. Donate to power our nonprofit reporting today. Give now.