The Indiana University School of Medicine is getting $25 million from the Lilly Endowment to recruit new scientists to Indiana, and to pair them up directly with big Indiana companies.

Medical school research dean Anantha Shekhar says it aims to fast-track the creation of treatments from discoveries about cancer, diabetes, Alzheimer’s and more.

He says new technologies like gene sequencing are facilitating those applications faster than ever.

“However, in order to do that, we need a corporate partner to be able to bring that as a product,” Shekhar says. “I think that’s where this combination would have a much greater impact and much more rapid success.”

The Lilly Endowment grant will let IU recruit people to teach, research and consult on fields such as childhood and adult cancers, diabetes, and Alzheimer’s and Parkinson’s diseases.

The researchers will work directly with corporate partners such as Eli Lilly, Roche, Dow Agrosciences and Cook. Normally, Shekhar says, they’d have to work more individually to find a company that can apply their research.

“So this is much more intentional, to really, from day one, connect them with the right partner to create a product,” he says.

All these corporate and academic partners will also sit on a scientific advisory board that will decide what areas of study need more researchers in Indiana.

“We think that, together, this could be a big attractor for someone who would be in a big city but will have to go through the usual, inefficient process to connect to a corporate translation,” he says.

Plus, he says the grant will diversify the school’s funding stream, at an uncertain time for federal research dollars. It will also help set up new programs, such as a Ph.D. in bioinformatics – the analysis of gene data.

CORRECTION: An earlier version of this story incorrectly said IU had received a $25-million endowment from Eli Lilly. In fact, it is a grant from the Lilly Endowment, a private philanthropic organization started by the Lilly family.

Tags:Lilly EndowmentIndiana University School of Medicine
Support independent journalism today. You rely on WFYI to stay informed, and we depend on you to make our work possible. Donate to power our nonprofit reporting today. Give now. 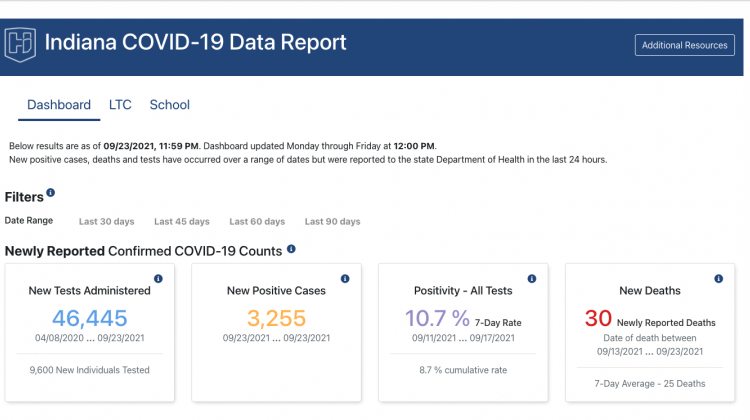 The Indiana Department of Health said it will update the dashboards at www.coronavirus.in.gov and www.ourshot.in.gov daily by 5 p.m.
Read More 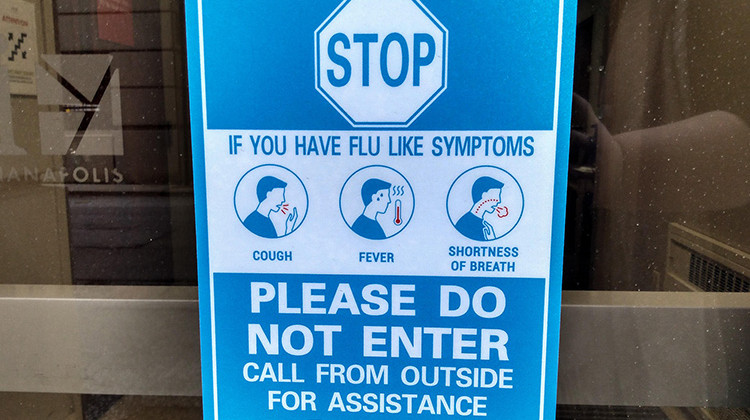 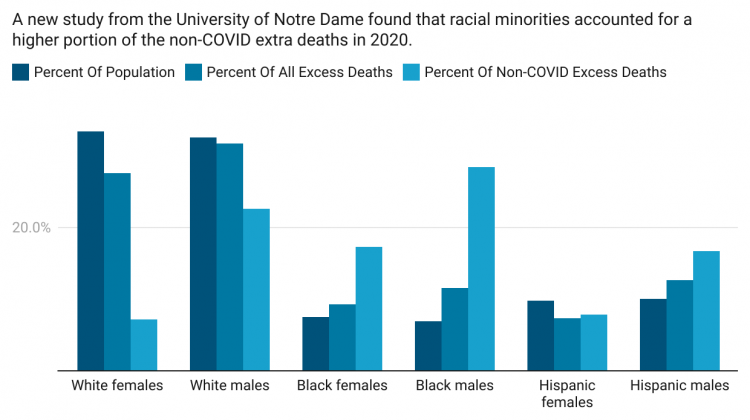 Black Men Lost More Years Of Life Than Previous Years, And It’s Not All Because Of COVID

The U.S. saw more than 400,000 extra deaths in 2020 compared to the previous two years. Much of this excess death was caused by COVID-19. But new research from the University of Notre Dame suggests that around 15 percent of these deaths are not directly related to the virus.
Read More