New research from Indiana University suggests that obesity in Black women increases their risk of recurrence of breast cancer or even dying — more so than in white women.

“We did find that women of African ancestry who were obese were much more likely to have a recurrence of their breast cancer, or to die than black women who were not obese,” said Dr. Tarah Ballinger, breast oncologist at the IU Simon Comprehensive Cancer Center and the lead author of the study. “But in European Americans, if they were obese, it didn't make them do worse.”

The study does not pinpoint why this disparity exists — or why obesity impacts Black women differently than white women. Ballinger said genetics is only one piece of the puzzle.

“The racial disparities are certainly not just biological," she said. "There's so much that has to do with socioeconomic status and culture and other ways that the health care system makes things more difficult for disadvantaged populations.”

The study’s findings are particularly helpful to researchers and doctors because they show that a factor that can be changed — such as weight — is one way to reduce the disparity between Black and white women, Ballinger said.

But doctors are looking to move beyond just defining the problem. She hopes they can now design trials tailored to Black women, using culturally sensitive motivators and methods to help them lose weight.

Not including enough Black women in studies and clinical trials is one reason behind this disparity. In most studies, researchers such as Ballinger can recruit less than half of the representative sample of Black women.

“Over recent decades, the cure rates and survival rates for early stage breast cancer continue to improve,” she said. “But as they continue to improve, the race disparity gets larger actually. We've never done a trial until now where we just enroll Black women and try to figure out what works for them specifically. So trying to personalize therapy, I think will eliminate some of those disparities.”

A new trial led by a Simon Comprehensive Cancer Center colleague, Dr. Bryan Schneider, is recruiting only Black women to figure out how to tailor treatment to them and reduce the side effects of some of the most commonly used treatments. This is the first study nationwide to exclusively recruit Black women.

Still, changing the chemotherapy regimen for Black patients will only go so far. Ballinger said other factors — like socioeconomic, cultural and systemic disparities in the health care system — must be addressed for Black women to see greater improvements.

This story was reported as part of a partnership between WFYI's Side Effects Public Media and the Indianapolis Recorder. Contact reporter Farah Yousry at fyousry@wfyi.org. Follow on Twitter: @Farah_Yousrym.

If you are a Black woman diagnosed with breast cancer and are planning to start chemotherapy, you might be eligible for Dr. Bryan Schneider’s study. To learn more about it and how to take part, click here.

Tags:cancerbreast cancerIndiana Univeristyracial disparityobesity
Support independent journalism today. You rely on WFYI to stay informed, and we depend on you to make our work possible. Donate to power our nonprofit reporting today. Give now. 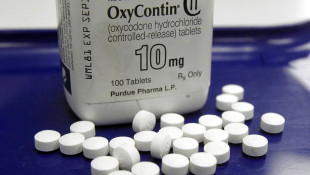 Cities Opting Out Of Indiana's Suits Against Opioid Makers

A state law signed by Gov. Eric Holcomb this year requires cities and counties that want to pursue their own legal action to "opt out" of the attorney general's lawsuits by June 30. 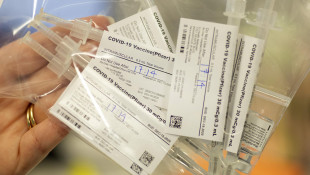 In Marion County 39 percent residents have received the COVID-19 shot.