Under the plan, IU would be in charge of health sciences, while Purdue would take over all other academic programs.

This means that some IU degree programs at IPFW would be transferred to Purdue. For example, IPFW political science professor Andrew Downs would see his department transfer from IU to Purdue.

Downs was at the meeting, and says the measure passed 7-2. While Downs personally thinks a unified IPFW would be best, he says he can see the benefit of having independent universities that want to invest in the campuses.

“As long as we take advantage of the opportunity now to re-imagine what we are and re-envision what we are, I think that we stand a bit of an opportunity to come out the other side as a better community asset than we are right now,” Downs said.

Downs says about half of IPFW’s students would be affected by the transition, but the goal is to have students finish their degree as they started.

If Purdue’s trustees pass the resolution, IPFW could go from being a multisystem metropolitan university to being regional campuses of IU and Purdue, says Downs.

Purdue’s trustees meet December 15 and 16, and it’s expected they will discuss the resolution. If passed, the changes are expected to take effect July 1, 2018.

Tags:Fort WayneIndiana University-Purdue University Fort WayneIPFWIU Board of Trustees
Support independent journalism today. You rely on WFYI to stay informed, and we depend on you to make our work possible. Donate to power our nonprofit reporting today. Give now. 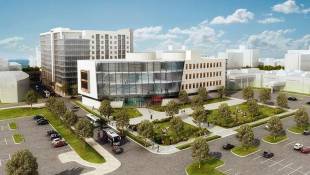 The campus, projected to cost about $88 million, will have 500 to 600 students among the three schools.