Jim Irsay was heading to an Alcoholics Anonymous meeting in San Francisco when a homeless woman stopped him to warn about dark creatures that drag people into the ocean and kill them.

The Indianapolis Colts owner expressed his concern and told her he’d pray about it.

“It’s not always drugs or alcohol. Some of it is just a mental illness,” Irsay said in a lengthy two-part interview on the AP Pro Football Podcast. “A lot of times these things are genetic, inherited illnesses that come with people, like bipolar, alcoholism or depression. So it’s really something myself and my family are really passionate about as we move forward. There’s just so much more work to be done.”

Irsay, who has publicly battled alcoholism and addiction, has made it a personal mission to help people such as that homeless woman and many others by breaking down barriers surrounding mental health. The Colts are leading the charge with their “Kicking The Stigma” initiative, which has raised millions to provide resources around mental health and encourages anyone battling these illnesses to seek the help they need.

“When I do this work, it’s to try to save and help one person, one at a time, not because of our brand, not because it looks good for the family to have a great charity. None of that stuff. It’s the empathy and the tremendous compassion that you develop as a human being because we’re taught from what we go through, we can share our strength, hope and experience to alleviate suffering from others."

Irsay continues to purchase national television ads, featuring players and celebrities, on various major networks and during NFL game broadcasts to raise awareness. The goal is to change the narrative surrounding mental health issues. Players past and present, including Hall of Fame quarterback Peyton Manning, have embraced the Irsay family’s message because it’s personal to them.

“I think that’s why it’s been so well-received and connected with so many people, because it is coming from a lived experience,” said Kalen Jackson, one of Irsay’s three daughters who is a co-owner and the team’s vice chairman. “It’s coming from a genuine place of understanding, and having lived those dark moments, having lived that — in my case, I have anxiety — it’s still part of my day-to-day life. So, I think it enables us to really connect in a genuine way with people on this. And I think that’s part of why it’s been so well-received.”

Irsay inherited the team after his father, Robert, died in 1997, and he prevailed in a legal battle with his stepmother to retain ownership. Jim Irsay played linebacker at SMU before an ankle injury ended his career and several surgeries led to his dependence on prescription medications. He fought drug addiction and drew a six-game suspension after pleading guilty to operating a vehicle while intoxicated in September 2014. He was also fined $500,000.

Irsay doesn’t shy away from discussing his past troubles because it helps define the man he is now. He’s not shy about speaking his mind on any topic, including Washington Commanders owner Dan Snyder, who is at the center of multiple investigations into allegations of sexual harassment and financial impropriety.

Despite NFL Commissioner Roger Goodell’s recommendation to owners to reserve judgment until the league’s investigation is complete, Irsay said last week there is “ merit to remove ” Snyder.

Irsay is particularly concerned about the allegations of workplace misconduct.

“Having three daughters, seven granddaughters, that’s just not .... we have to look at the investigation and see the finality of certain things that happened because there’s been a lot of different things that have happened,” Irsay said. “But you can’t shy away from the fact of it’s an unfortunate situation. But I believe it’s in the best interests of the National Football League that we look it squarely in the eye and deal with it. I think America, the world, expects us to, as leaders.”

Whether it’s kicking the stigma on mental health or being the lone owner willing to take a public stance against a colleague, Irsay isn’t afraid to lead the charge.

Tags:Jim Irsaymental healthKick the Stigmaphilanthropy
Support independent journalism today. You rely on WFYI to stay informed, and we depend on you to make our work possible. Donate to power our nonprofit reporting today. Give now. 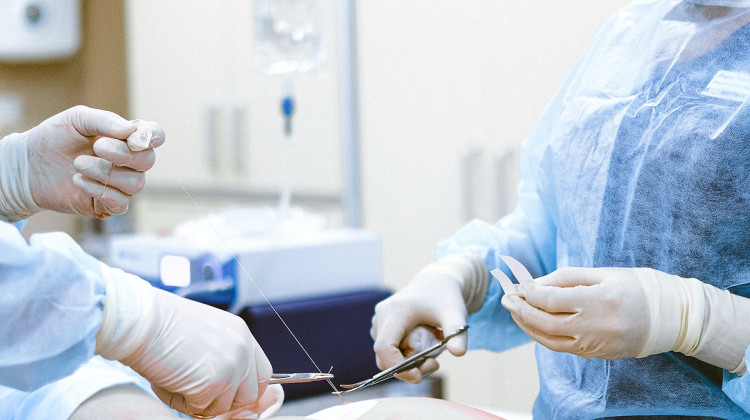