A fire at a junkyard on the near west side of Indianapolis sent a thick plume of smoke into the sky that could be seen for miles Tuesday morning.

Firefighters from Indianapolis Fire Department responded to the call at 501 S. Tibbs Ave. shortly after 10 a.m. With Decatur Township, Wayne Township, Speedway and Indianapolis International Airport fire departments providing assistance, it took an hour and 15 minutes to get the blaze under control.

IFD tweeted that a worker says the fire started while trying to drain a fuel tank. No injuries were reported.

Jason Kistler with the Indianapolis Fire Department said the flames were so large Wayne Township officials used a drone to monitor it from above.

"It was very hard to access the fire location and we couldn't really get around to the back side of it, so the drone kind of helped us see what was on the back side of the fire," Kistler said.

A video on IFD's Twitter account shows a pile of cars engulfed by flames and thick black smoke billowing into the air.

The Marion County Health Department also visited the scene to check for chemical runoff into nearby Eagle Creek. 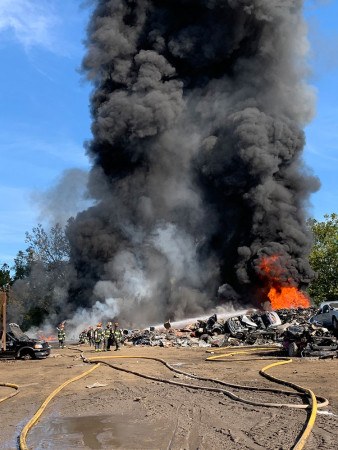 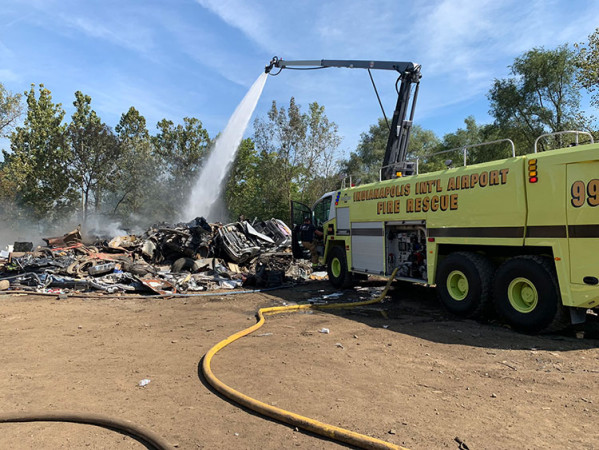 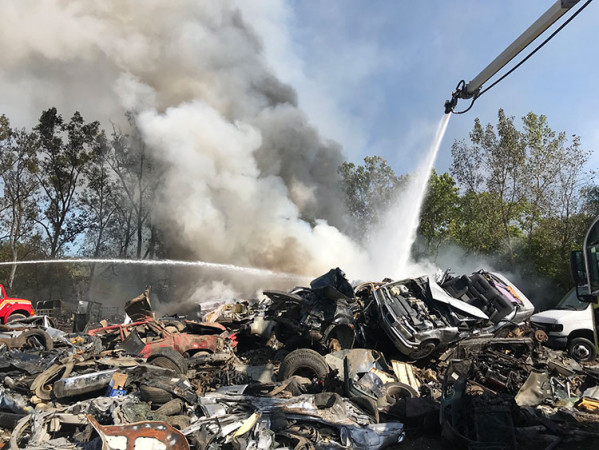 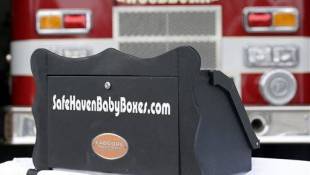 Monica Kelsey created Safe Haven Baby Boxes in 2016 after learning she was abandoned as an infant, and after seeing a baby box in operation at a church in Cape Town, South Africa. Today, there are 25 Safe Haven baby boxes in three states.
Read More
hey