HAMMOND, Ind. (AP) — A federal jury convicted a former northwestern Indiana mayor on a bribery charge Friday in his retrial on allegations he solicited and accepted a $13,000 bribe from a trucking company.

A jury in U.S. District Court in Hammond deliberated less than two hours before finding former Portage mayor James Snyder, 42, guilty on a federal bribery charge. He is set to be sentenced July 1.

Another jury had convicted Snyder in February 2019 of taking the $13,000 in exchange for contracts to sell five garbage trucks to the city of Portage using a shell company to hide income assets from the IRS while Snyder owed back personal and business taxes.

But a judge granted Snyder a new trial on the soliciting bribes charge in November 2019. After numerous delays his retrial began March 8.

Trial testimony concluded Thursday with a former owner of Great Lakes Peterbilt telling jurors he felt pressured when, shortly before Christmas 2013, Snyder showed up at the trucking company's office asking for money.

“He is the mayor and he has influence,” Robert Buha said.

In Friday's closing arguments, Assistant U.S. Attorney Jill Koster said Snyder violated the public’s trust by steering the bids for the garbage truck contracts worth $1.25 million to Great Lakes Peterbilt and then asking its owners, brothers Robert and Stephen Buha, for money.

Snyder’s attorney, Jackie Bennett, said prosecutors didn’t present direct evidence that the $13,000 check signed by the brothers was a bribe.

Tags:PortageU.S. District Court
Support independent journalism today. You rely on WFYI to stay informed, and we depend on you to make our work possible. Donate to power our nonprofit reporting today. Give now. 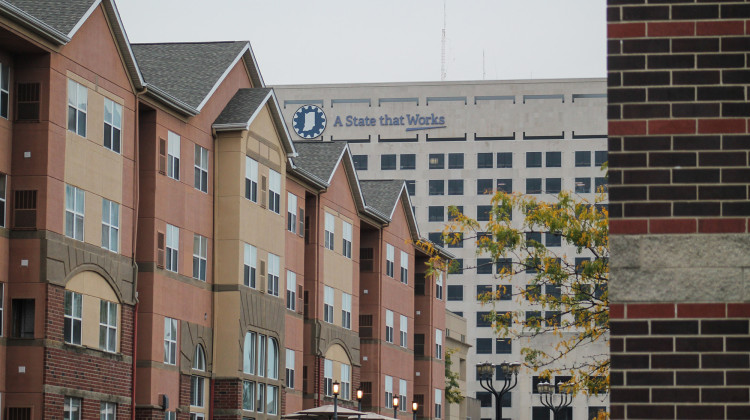