JUUL E-cigarettes Are Favorites Of Teens, And That's a Problem

Smoking looks a lot different these days. It’s been on the decline, due to restrictions at work and in bars and restaurants. But there is one segment — teenagers who use e-cigarettes — that is growing fast. And health experts are worried about the consequences.

It’s a reference to the San Francisco company that dominates the e-cigarette market. They’re small, sleek and easy to hide.

Rohrer is an 18-year-old freshman at Indiana University-Purdue University Indianapolis. He tried a JUUL for the first time as a junior in high school, when a classmate offered it to him at a party.

He says they’re common among people his age.

The head of the Food and Drug Administration calls the use of addictive electronic cigarettes among youth “an epidemic.”

According to this year’s National Youth Tobacco Survey, 3.6 million teens are using e-cigarettes. That’s up 78 percent from last year.

In Indiana, the overall smoking rate has dropped significantly since 2011. But Miranda Spitznagle, director of the state’s Tobacco Prevention and Cessation programs, says there’s a big exception.

“Generally that has been trending down, except for this one particular classification of products among young people, which is e-cigarettes,” said Spitznagle.

Companies like JUUL that sell electronic cigarettes promote their products as a healthier, safer alternative to cigarettes.

In a statement posted on its website, JUUL CEO Kevin Burns wrote, “We don’t want anyone who doesn’t smoke, or already use nicotine, to use JUUL products. We certainly don’t want youth using the product.”

And they’re very easy to use.

The JUUL device fits in your hand. Click in a pod filled with flavors like mango, mint or cucumber, and then all you have to do is inhale.

There’s minimal smoke or vapor and it’s gone within seconds. What your body gets is a jolt of nicotine; one pod has as much as a pack of traditional cigarettes.

“The young brain is much more likely to get hooked and then have problems later,” said Dr. Leslie Hulvershorn.

Hulvershorn, an associate professor of psychiatry at Indiana University School of Medicine, says early exposure to any addictive substance can lead to future substance abuse disorders.

“I think people think if you just chew some gum or just really try to quit, you can do it,” she said. “I mean it’s not to say you can’t do it, it’s just the odds are kinda stacked against you, it’s hard to do.”

She believes treatment is the solution and adds that 95 percent of teens who need substance use disorder treatment never get it. She thinks its a combination of treatment being hard to find and people believing that this isn’t a disorder but simply a character failing.

On its packaging and ads, JUUL warns the product contains nicotine and nicotine is an addictive substance. The company also said recently that it was taking flavored pods out of convenience stores and only selling them at vape shops or tobacco stores.

The FDA is pushing for more. In late November, it proposed regulations to crack down on flavored electronic nicotine delivery systems and making it harder for teens to buy them online.

But some students say JUULs are still readily available in high school. Two seniors, Noah and John, were hanging out recently at an Indianapolis mall. They only provided their first names.

“I’ve been offered it, I have just straight up offered to do it,” said Noah.

As for Devon Rohrer, the IUPUI freshman, he was turned off by JUUL’s nicotine level.

“I saw JUULs and I thought oh it’s just another tiny low nicotine vape. And then I heard my friend tell me, oh that has 50 milligrams in it,” he said. “That’s a little too much for me.”

Still, students like Rohrer seem to be having an internal debate about how they feel and what their opinions are on this issue.

“I think people that do it realize it’s not good for you, but also it could be worse. It’s kind of a gray area... kind of like a lawful evil,” said Rohrer.

Rohrer says he replaced his JUUL with another device and doesn’t use it often but he says it has a low nicotine content. 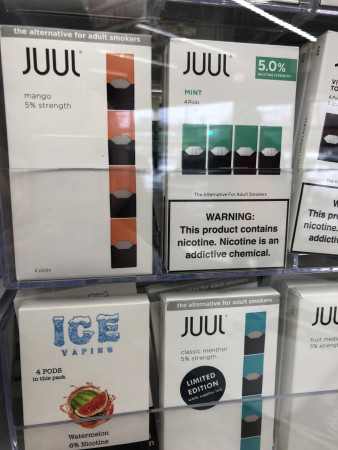 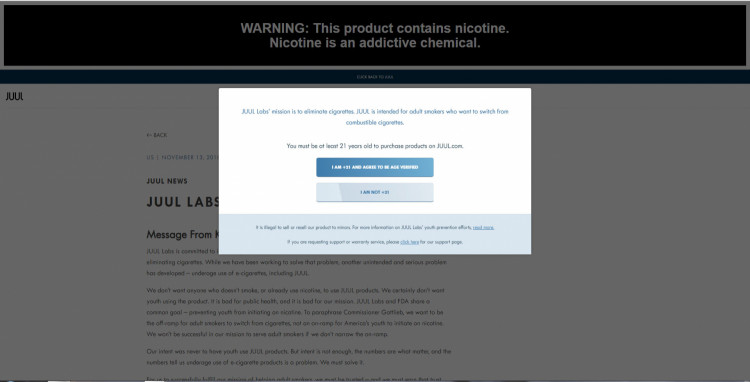 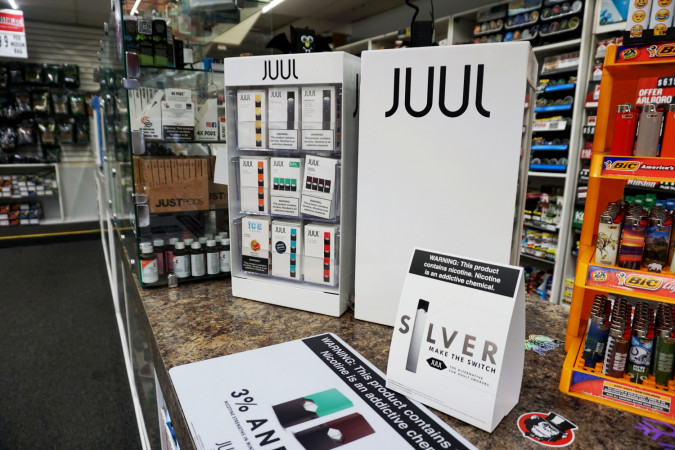 Tags:E-cigarettesJuuling
Support independent journalism today. You rely on WFYI to stay informed, and we depend on you to make our work possible. Donate to power our nonprofit reporting today. Give now.