It’s a rainy spring evening in Louisville, less than two weeks from one of city’s biggest events: the Kentucky Derby. On May Fourth, people from across the U.S. and world stream into town to watch a day of horse racing.

With measles cases popping up around the U.S., public health officials and nurses are worried about the highly contagious virus spreading at the big race.

So they set up a vaccination clinic downtown, in a boxy, gray building off a busy street. Nurses stood at the ready to usher patients into individual rooms.

Ruth Carrico, associate professor of infectious diseases at the University of Louisville, came up with the idea for the vaccination clinic.

“Because of Derby, we know that we are going to have a lot of individuals that will be visiting us from all across the United States,” Carrico said. “If you’ve been to Derby, you know there is no personal space, everybody is very close together.”

The Derby can be a chaotic scene – 157,000 people attended in 2018 – with people packed into stands, and the infield. While much of the space is uncovered, there are indoor areas for betting and buying food.

Carrico said there hasn’t been an infectious disease outbreak following the Derby, but measles is a cause for concern.

The Centers for Disease Control and Prevention on Monday said there are 626 measles cases this year, including 71 diagnosed in the past week. In an update late Thursday, Health and Human Services Secretary Alex Azar said the 22-state outbreak has led to the most cases since 2000, when officials declared that measles was no longer a threat.

Two of this year’s cases were in Kentucky, about two hours south of Louisville.

Art Reingold, professor of epidemiology at the University of California Berkeley, says measles is unusually contagious. Someone who has the measles can cough or sneeze, and measles particles will hang in the air for around two hours. Even if that person hasn’t shown any symptoms yet.

“It is so infectious that one person will walk through an airport, or a shopping center or a school [and] can pretty well infect almost every susceptible person who shares the air with,” Reingold said.

In one noted incident this year, an Israeli man who was raising funds for charity in the ultra-Orthodox community triggered Michigan's largest measles outbreak in decades. He spread the virus to 39 people in the Detroit area in about a week's time, officials say.

That’s why 18-year-old Nicholas Richter received his first round of measles, mumps and rubella vaccine at the clinic sponsored by the University of Louisville and the Louisville Metro Department of Public Health and Wellness.

He knows his classmates are likely to go to the Derby, even if he doesn’t.

“Especially through school, I’ll be exposed to people that have gone to these places,” says Richter, a high school student. “So this is especially good timing, if something does happen, I’ll be prepared and anybody else who gets vaccinated will be prepared as well.”

Many measles cases in the U.S. are linked to communities with people who don’t want to be vaccinated. Some have religious reasons. Others cite debunked studies linking vaccines to autism and other illnesses.

Carrico says some people may push back against a measles, mumps and rubella vaccination because there’ve been fewer cases since vaccines became widespread.

“It’s those that are in the U.S. that have developed a level of comfort to say, ‘Well, we haven’t seen these diseases, so why should we be vaccinated?’” Carrico said. “We need to remind them that the reason we haven’t seen the diseases is because of vaccination.”

The measles vaccine was developed in 1963. In the decade leading up to its introduction in the U.S., an estimated 3 to 4 million people were infected, and there were about 400 to 500 deaths each year.

By 2000, U.S. health officials said the measles had been eliminated. But in 2008, the first big spike in cases came in communities with groups of unvaccinated people.

Then in 2011, cases spiked again to more than 200. Handling that year’s outbreaks cost local and state public health departments an estimated $2.7 million to $5.3 million.

Carrico noted that the Louisville clinic offered a discount vaccine rate of $40, compared to the regular price of $80 to $120. She said that the university covered the additional cost.

“I've got people who are willing to stay late and work extra, so I'm trying to make sure that we pay their salary, we are providing the vaccine because we live in this community, too,” Carrico said.

The 22 states that have reported cases to the CDC include Illinois, Indiana, Iowa, Kentucky, Michigan and Missouri in the Midwest.

Tags:measlesLouisvilleKentucky Derbyvaccinations
Support independent journalism today. You rely on WFYI to stay informed, and we depend on you to make our work possible. Donate to power our nonprofit reporting today. Give now. 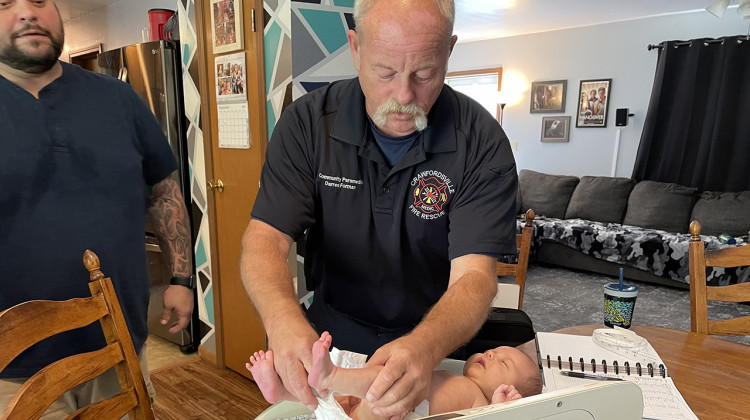 How one Indiana town is reinventing emergency medical services

Typically an ambulance arrives to find a person in mid-crisis and requiring immediate care. But a new approach called community paramedicine aims to prevent emergencies in the first place.
Read More 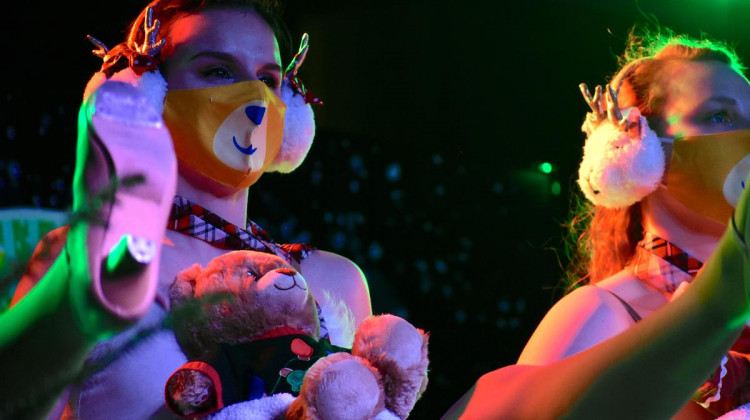 Last winter saw a surge in COVID-19 cases, hospitalizations and deaths. Health experts say there is reason to be hopeful this second pandemic winter will be different.
Read More

To help hospitals, Hoosiers urged to get vaccines after first flu-related death of season

Health experts are encouraging Hoosiers to get their flu vaccination after Indiana recorded the first flu related death of the season on Friday.
Read More