Ticks are on the move. Warmer temperatures could create more places where they can thrive in Indiana and give them more time to feed. All of this could lead to more tick-borne illnesses in the future.

But without good data and communication — many of these diseases could go unnoticed.

Michelle Rollings remembers getting bit by a deer tick while on vacation in Massachusetts about eight years ago.

“When I came back, I realized something wasn't right. I had a very stiff neck and my shoulders hurt. There's pain radiating down my shoulders," she said.

She suspected it might be Lyme disease, but it took numerous doctor visits to get a diagnosis. And then three years ago, Rollings visited her sister in South Bend and helped in her garden. She then developed swelling in her knee and went to her doctor.

“And I said, this looks exactly like Lyme disease. I've had it before. And I've got it back again. And he looked at me and he said, ‘Oh, no, you can't catch that twice," Rollings said.

But Rollings did test positive for Lyme disease with another doctor — after hers wouldn’t administer the test. 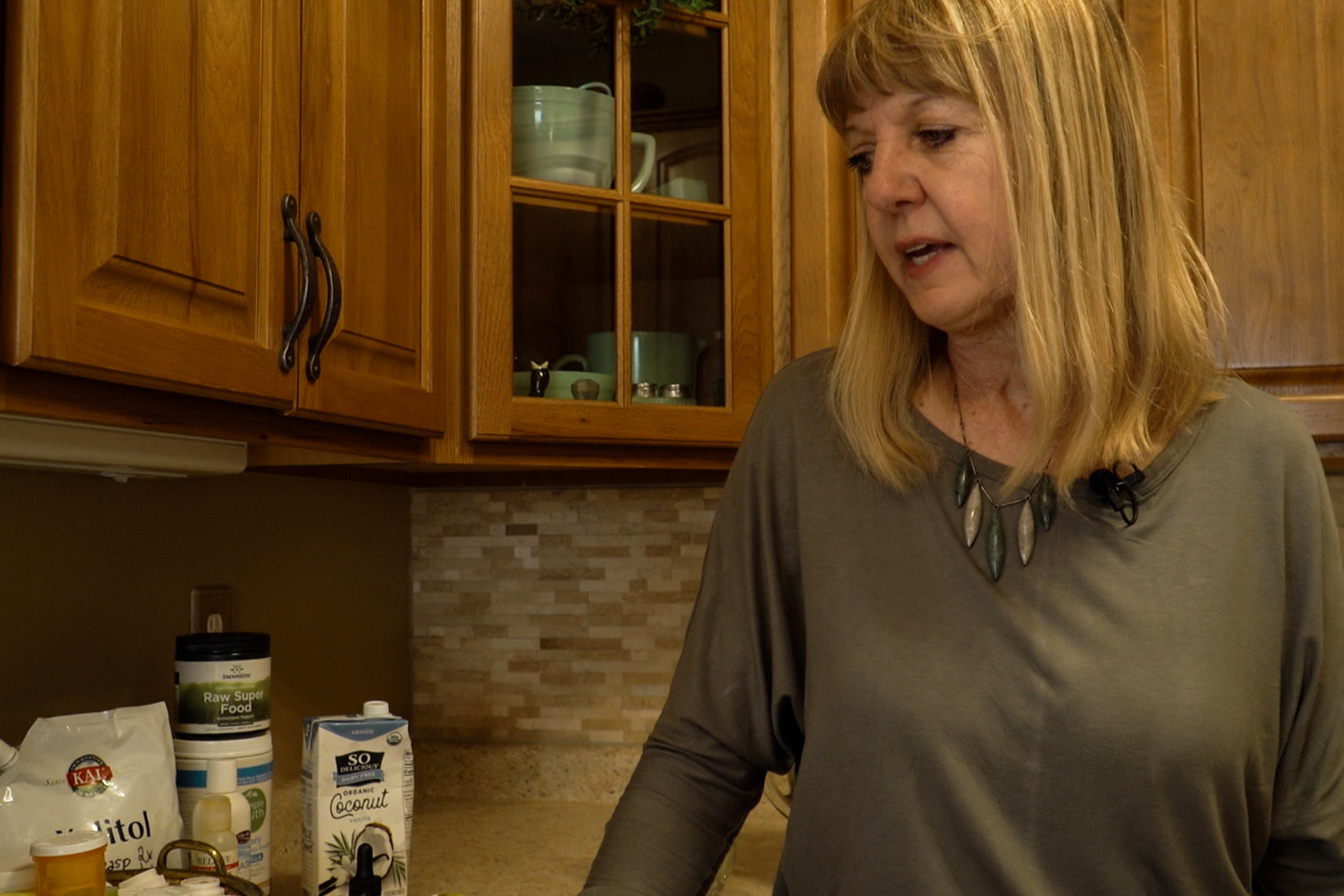 Why don’t many doctors know more about tick diseases? A lot of it has to do with a lack of information and the tricky nature of tick borne diseases.

Many tick diseases never get reported — creating a data gap

Only about 35,000 cases of Lyme disease get reported to the Centers for Disease Control and Prevention every year. Looking at that number alone, Lyme hardly seems like a problem in the U.S.

But insurance claims tell a different story. The CDC estimates that about 13 times as many Americans — about 476,000 people — actually get diagnosed and treated for the disease.

Dr. Kimberly Lentz treats people with tick illnesses in Zionsville. She said part of the problem is the CDC's requirements for counting cases of Lyme. The agency requires a positive test and certain symptoms.

But Lyme disease doesn’t present the same way in each patient. You might have a bull’s eye rash, flu-like symptoms, facial palsy, or even some heart and nervous system issues.

When you see your doctor, that tell-tale bull's eye rash might not have developed yet or might be hiding.

“If you get bit on your scalp, or if you get bit on the back of your leg — somewhere where you don't see a rash — you could have had a bull's eye rash, but you just didn’t know that it happened," Lentz said.

And an antibody test for the disease can come up with a false positive or a false negative.

Dr. Rob Smith directs the vector borne disease laboratory at Maine Medical Center. He said if a patient has the right symptoms, the doctor might not test at all.

“We usually don’t even do a blood test early on, we just simply treat them for presumed Lyme disease," Smith said.

Some tick diseases can be deadly and it's best not to wait for a test. Most tick diseases also get treated in the same way — with antibiotics. But without a test, a Lyme disease case doesn't get counted. 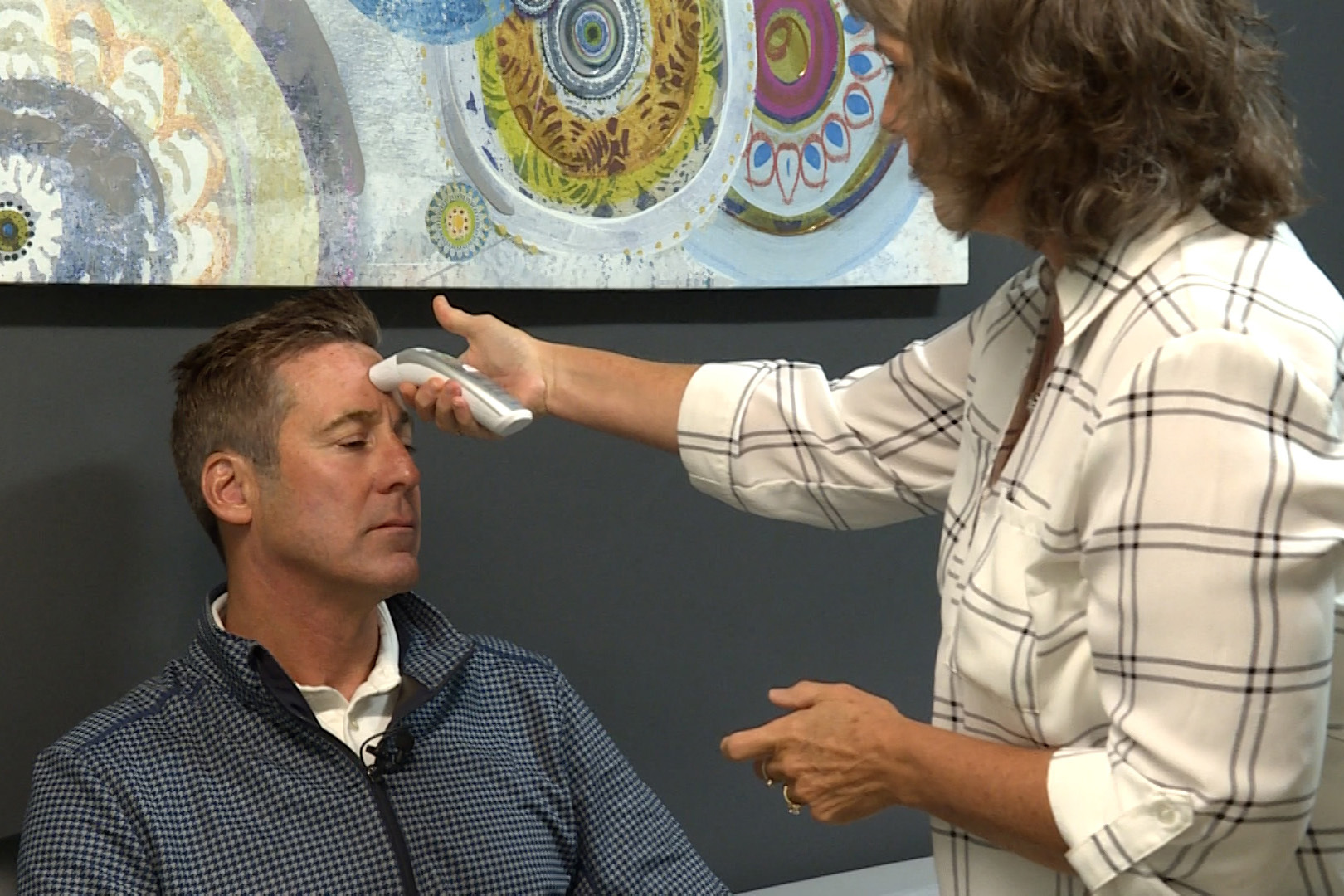 Jennifer Brown is the state public health veterinarian for the Indiana Department of Health. Veterinarians often keep tabs on some of the same tick-borne diseases in animals.

Brown said the CDC's criteria for counting cases is strict for a reason — you want to have confidence that these cases were truly Lyme disease and not something else.

"I'm using the same criteria to define those Lyme disease cases as my neighbor states. Otherwise, you wouldn't be able to compare apples to apples when you're doing case counts," Brown said.

Brown said it's important to know that the CDC criteria isn't supposed to be used to diagnose Lyme disease.

But it's no longer easy to compare all states. Last year, the Council of State and Territorial Epidemiologists made it so states with the most cases of Lyme — in the northeast and upper Midwest — no longer need to test for their cases to be counted.

All this means is: there is a big lack of data out there. And without data and information, doctors can’t make informed decisions for their patients.

"It might be good to have those numbers. You know, because I hear pretty much every day a patient tell me that their doctor — or the ER doctor, or the urgent care doctor told them — we don't have Lyme disease in Indiana," Lentz said.

Ticks are moving — which could lead to more disease 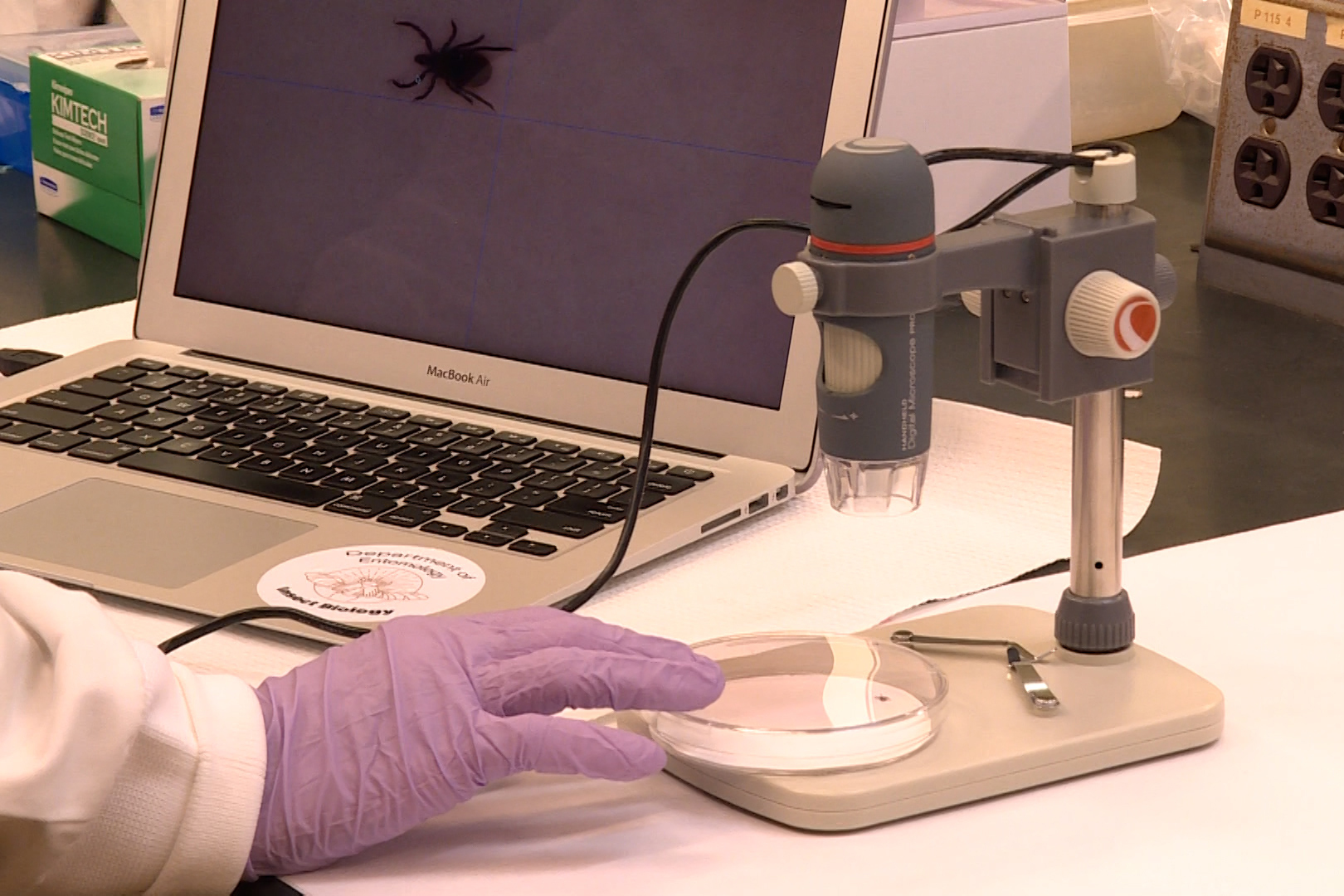 Indiana researchers are trying to help. Purdue University, Indiana University and the University of Notre Dame are all working to track how ticks and their diseases move across the state.

Purdue's Tick INsiders project uses citizen scientists to help collect ticks around Indiana so they can be sampled in the lab.

Purdue postdoctoral researcher Maria Murgia places a deer tick under a microscope. Watching it crawl slowly across the lab's computer screen will make the hair on your neck stand up.

“So they’re all present in Indiana — the Lyme disease tick, the American dog tick, and the lone star tick," Murgia said.

Their territories also overlap. Indiana Public Broadcasting mapped out where these ticks have been found and established in Indiana using data from Purdue, IU and the CDC.

“So it’s really important to understand that there is a risk throughout the state and certainly in the central and southern parts of the state," said Catherine Hill, a Purdue entomology professor.

A new tick has also been spotted in Indiana recently. The Gulf Coast tick — which carries a disease similar to Rocky Mountain spotted fever — was found in Indiana starting in 2019.

Hill said the invasive Asian longhorned tick — that’s been found in 17 states — could also cause problems in the state.

“Including Kentucky, just to our south. So we are concerned that it could move into the state. What we don't know is what it might be able to transmit, if anything, to humans," she said.

The tick can carry a disease that kills cattle and makes it harder for dairy cows to produce milk.

Hill said we're not exactly sure why tick diseases are on the rise and more research will need to be done to understand what role climate change might play in tick-borne illnesses. She said people are also coming into contact with ticks more often as cities grow and expand into tick habitats — like forests and grassy areas.

One thing is clear though — Hill said ticks like warm, humid environments. Indiana is expected to get warmer and get more rain during the winter and spring.

Last year, Purdue surveyed doctors about their knowledge of ticks and tick-borne diseases. Hill said they found doctors knew a lot about how to treat tick diseases, but not much about ticks themselves.

“So the gap is really in understanding where different species of ticks occur in the United States — so where they're most prevalent. When they become active and where are the high risk places and times of the year for the public in the state of Indiana," she said

For example, we know you’re more likely to find a tick on you in the summer, but ticks are still active in colder months. Hill remembers a time this past October.

“I walked the dog at a park and I have recovered eight adult deer ticks from the dog," she said.

Hill said Purdue does what it can to get this info out, but it’s hard to reach doctors — they're busy and have to keep updated on so many different things.

READ MORE: How to protect yourself from tick diseases

Dr. John Christenson is an associate medical director of infection prevention at Riley Children’s Health in Indianapolis and teaches at the Indiana University School of Medicine. He said he does get notices about new ticks — but it doesn’t set off alarm bells for him. After all, not all ticks carry disease-causing bacteria.

“Most practitioners will say, ‘That's nice, but has the introduction of those, you know, vectors — has it led to an infection, right?” Christenson said.

Health departments are often the only way to bridge the gap between doctors and tick researchers. That communication — and good data — could become more important than ever as more ticks and their diseases find their way into Indiana.

Christenson said it's important that doctors stay on top of changes.

"There's always time to listen to what's important in the community in regard to infections," he said.

“I'm really wanting to educate doctors that — don't make this mistake. If you see someone in your office that has these kinds of symptoms, you should immediately test for Lyme disease and suspect that this could be Lyme disease. I don't want this to happen to anyone else," she said.

The Indiana Department of Health said it’s now reviewing the Purdue survey. And if it finds helpful information it will share with Indiana health providers.

Tags:IPBtick-borne illnessticks
Support independent journalism today. You rely on WFYI to stay informed, and we depend on you to make our work possible. Donate to power our nonprofit reporting today. Give now.