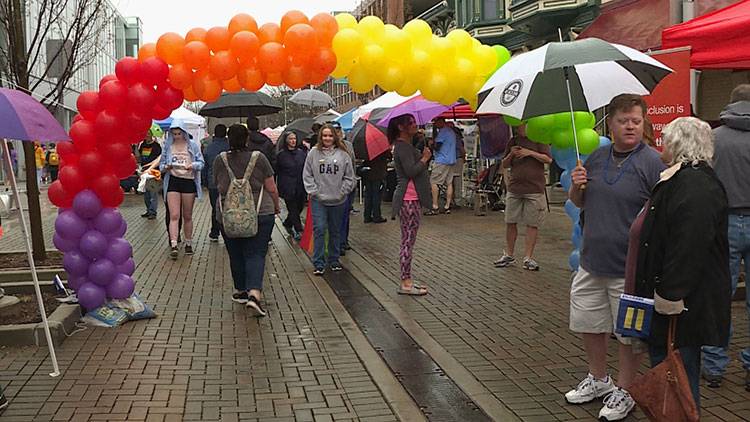 The rain didn’t stop people from coming out to the first Pride Festival in Vice President Mike Pence’s hometown of Columbus Saturday.

The city closed off several blocks of 4th Street for the event, which featured information booths, Pride merchandise and live entertainment.

High School Senior Erin Bailey organized the festival as part of a school project. She wants people to know Columbus is a welcoming community. She says it’s especially important because Pence is from the city, and he supported the controversial Religious Freedom Restoration Act as Indiana’s governor. Opponents argued the measure legalized discrimination, especially against the LGBTQ community.

Bailey says the turnout at Columbus Pride shows not everyone there shares Pence’s opinions.

“I think it says that we’re a very welcoming and open community,” she says. “And, even though that he’s from here, it doesn’t mean we all agree with his views.”

Bailey’s become a local celebrity for organizing the event. People constantly approached her at the festival, thanking her for her efforts and asking for pictures.

“I think this is fantastic,” says Columbus resident Gabrielle Cheek. “I think right now this country needs everyone to pull together. And, this is a wonderful show of support. Everybody’s happy.” 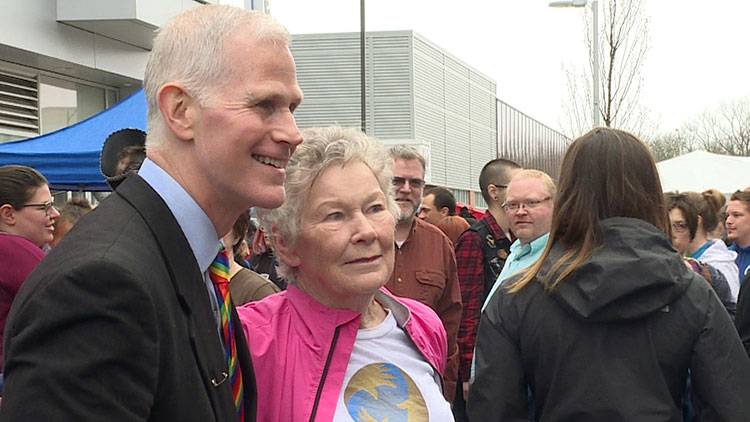 Glen Pannell also drew a lot of attention during the festival. He’s a Pence lookalike, and is known as Mike Hot-Pence. He’s most often seen in New York City, donning short shorts, a suit jacket and tie. He raises money for LGBTQ youth charities, and took donations Saturday for Indiana Youth Group. He says he was inspired to make the trip to Columbus after hearing about Bailey organizing the festival.

“I think events like these are especially important now,” Pannell says. “You know we really have to support our LGBTQ youth. Lesbians, gay and bi youth are three times more likely to attempt suicide than their straight peers. So, events like these where we come together as an LGBTQ family along with our straight allies really show the world that we matter.”

Tags:ColumbusLGBTColumbus Pride
At WFYI, our goal is to cover stories that matter to you. Our reporting is rooted in facts. It considers all perspectives and is available to everyone. We don't have paywalls, but we do need support. So if unbiased, trusted journalism is important to you, please join us. Donate now.