Indiana could soon join a growing list of states with laws allowing students to carry sunscreen at school.

The Food and Drug Administration classifies sunscreen as an over the counter medication, like painkillers or cold medicine, and that means some school policies require students to have a doctor or parent’s note in order to even bring sunscreen to school.

But Sen. Liz Brown (R-Fort Wayne) says the bill she’s filed for the 2018 session aims to change that for the state.

“I would hope we could all agree that sunscreen is a benign lotion that has great benefits,” she says.

Brown’s bill would allow Hoosier students to carry sunscreen at school without a note from home, because she says those policies can discourage kids from using sunscreen when they need it.

“If they have to go somewhere and the parent tells them ‘go somewhere else, to get your sunscreen that you have to have on,’ we all know that the likelihood of that – at least from my personal experience – isn’t going to happen,” Brown says.

Washington, Utah, and Alabama are just a few states that have passed similar laws.

Tags:Liz Brownsunscreen
At WFYI, our goal is to cover stories that matter to you. Our reporting is rooted in facts. It considers all perspectives and is available to everyone. We don't have paywalls, but we do need support. So if unbiased, trusted journalism is important to you, please join us. Donate now. 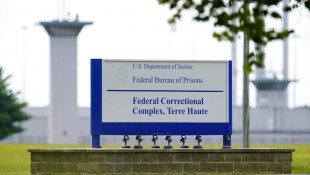 2 Dead Of Virus At US Prison Where Executions Are Scheduled

The virus deaths are likely to raise alarm with advocates and lawyers for the condemned men over the spread of coronavirus at the Federal Correctional Complex in Terre Haute, Indiana.
Read More 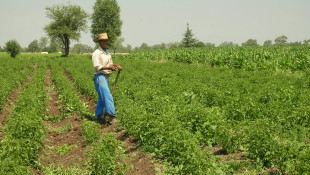 The chemicals are found in so many of our everyday products that they even end up in our wastewater.
Read More

Indiana is evaluating how Hoosiers will be affected by the recent eviction moratorium issued by the Centers for Disease Control and Prevention.
Read More