Lawmakers Back Off Proposed Restrictions On Governor's Emergency Powers

Senate lawmakers dramatically scaled back a plan to restrict the governor’s emergency powers, used extensively during the COVID-19 pandemic.

The Senate’s original proposal would have blocked the governor from declaring a public emergency for more than 60 days.

But the language approved by a Senate committee Thursday in HB 1123 allows the legislative council – a panel of legislative leaders – to call the General Assembly into a special session during an emergency.

Senate President Pro Tem Rodric Bray said the bill also creates a new advisory group of lawmakers to act as a go-between for the legislature and the governor’s office.

“This would largely be done as a kind of a conduit for conversations and data and information to pass between the two branches of government,” Bray said.

Members of the Senate committee complained just last week – sometimes stridently – about a perceived lack of communication from the Holcomb administration during the pandemic.

The measure also empowers the legislature to play a bigger role in spending federal stimulus money.

Senate lawmakers also deleted two severe restrictions originally in the bill. One would've barred the governor or local governments from imposing any restrictions on religious services. The other would've forced local health officials to get approval from either their local county or city council in order to impose emergency orders more restrictive than the governor's.

Bray said, instead of those provisions, lawmakers will look to other bills – SB 263 and SB 5 – to address those issues.

There are still concerns the legislation is unconstitutional. It's unclear whether lawmakers can call themselves into special session. Bray said he hopes it doesn’t go to court.

Tags:2021 legislative sessionemergency orderscoronavirusCOVID-19
Support independent journalism today. You rely on WFYI to stay informed, and we depend on you to make our work possible. Donate to power our nonprofit reporting today. Give now. 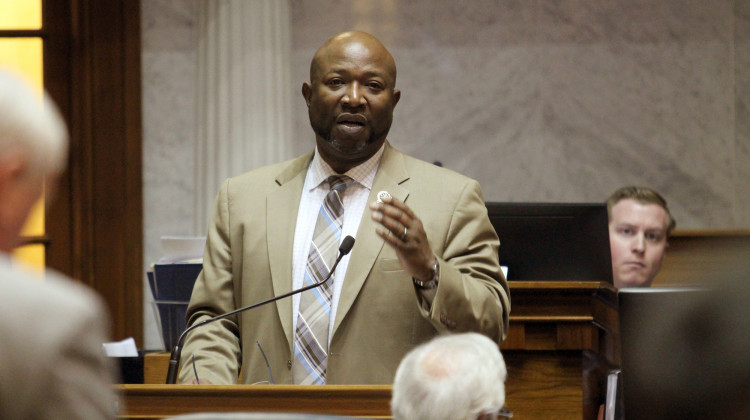