INDIANAPOLIS -- Lawmakers say they’re excited about the transformative effect the state’s Regional Cities program can have in linking communities and fostering economic development.  But some are less enthusiastic about simply handing over more tax amnesty money to pay for it.

The General Assembly allocated $84 million – taken from the Tax Amnesty program – to award $42 million each to two regions in the Regional Cities Initiative.  But the Indiana Economic Development Corporation and Gov. Mike Pence instead chose three winners, declaring their intent to ask the legislature for more money from tax amnesty to pay the full $42 million to all three regions.  Buck Creek Republican Sen. Brandt Hershman says he supports that effort.

“If they have put together some tremendous proposals – which it appears that they have – this looks to me to be a good investment,” Hershman said.

House Speaker Brian Bosma says he was surprised to hear three regions were chosen and that a phone call from the Pence administration would have been appreciated.

“You know, the governor and the administration, really – not just the governor – have set it up so that there’ll be disappointment if we don’t do it…and so we’ll just have to have the conversation,” Bosma said.

He says road funding – which could carry a significant price tag – will be his caucus’ top priority.

Tags:Mike PenceIndiana Economic Development CorporationBrian BosmaRegional Cities InitiativeBrandt Hershman
Support independent journalism today. You rely on WFYI to stay informed, and we depend on you to make our work possible. Donate to power our nonprofit reporting today. Give now. 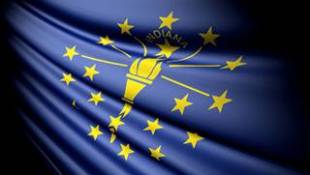 Gov. Mike Pence announced Tuesday that three Indiana regions - North Central, Northeast and Southwest - were chosen from a group of seven to receive funding from the Regional Cities Initiative.