A House panel gave initial approval Wednesday to a measure that would repeal the 2014 ban on public spending on light rail projects in Marion, Hamilton, Hendricks, Hancock, Johnson, Delaware and Madison counties. The bill now moves to the full House, The Indianapolis Star reported .

Supporters argued the city needs all mass transit options on the table if it's going to attract major employers like Amazon.

"Transit is a very major factor for a lot of these major companies that are looking to move here — particularly as we see the Amazon process unfold," said Democratic Rep. Justin Moed of Indianapolis, who wrote the bill.

The tech giant announced last week that Indianapolis was one of 20 finalists for its second headquarters. The $5 billion campus is expected to employ 50,000 people with average salaries of more than $100,000 a year.

Amazon said public transit options are an important factor for the project.

The light rail ban was implemented years ago as part of a legislative compromise. The law gave Indianapolis and most surrounding counties the ability to raise income taxes for public transit through a ballot initiative. But fiscal conservatives insisted on the elimination of light rail to get enough votes from the Republican-led Legislature, fearing that high costs might end up requiring a taxpayer bailout.

Lawmakers and city officials said there are no current plans for a light rail project, but local governments need the flexibility in today's competitive environment.

"This is the time to examine every detail through the prism of Amazon," said Michael Hicks, an economics professor at Ball State University. "Because what Amazon wants is what every modern company wants."

Tags:public transitAmazonHQ2light rail
Support independent journalism today. You rely on WFYI to stay informed, and we depend on you to make our work possible. Donate to power our nonprofit reporting today. Give now. 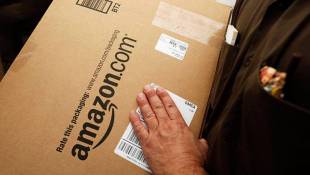 Indianapolis submitted a joint bid with Fishers to land Amazon's second North American headquarters,. They made the cut among 238 total proposals from cities in Canada, the U.S. and Mexico. 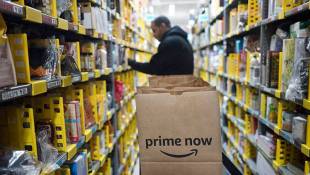 Last week the Seattle-based online retail giant included Indianapolis on its list of 20 remaining contenders for what the company says will be a $5 billion project.