Hoosiers will choose their next Secretary of State at the polls this year. It's a race between incumbent Republican Connie Lawson, Democrat Jim Harper, and Libertarian Mark Rutherford. Indiana Public Broadcasting's Brandon Smith talks with Lawson about the key issues in the race.

Brandon Smith: There's been a lot of talk this particular cycle - going back to 2016, really - about election security and what that means for the country and the state. So, talk a little about what you've done so far to try to secure Indiana's elections.

Connie Lawson: You know, we know that the state is most vulnerable because of human error. And so the FBI told us there's two very important things you can do to protect your system: strengthen your passwords, which we have done - anyone who has access to statewide voter registration system has a longer password, with numbers and symbols, and so we've strengthened those passwords. But we also are using two-factor authentication. Every county in the state of Indiana is now using two-factor to access statewide voter registration system. Some counties - most counties, I should say - are also using the token. And so they have a USB token that they insert into their personal computer. In addition to using their username and password, that token says Yes, I'm physically present; I should be able to get into the statewide voter registration system.' And we took it a step further - that token is time sensitive, so if I'm a part time employee and I'm only supposed to have access to the system from 8 to noon, that's the time period that the token allows me to have that access.

Smith: One thing that national experts say: paper ballots as a backup at a very minimum are really key. A lot of Indiana counties don't have them; we don't have the money at this point to transfer over - at least, that's what you've said. Shouldn't we ensure that paper ballots are being used in every county?

Lawson: Voters need to understand, no voting machine used in Indiana is connected to the Internet. Our tabulation machines are not connected to the Internet. And every machine that is used has a paper trail. They may not have the new recommendation, the new voter verifiable paper trail, but we're moving in that direction. And I think it's important also to remember that all these recommendations came about later this, our General Assembly left in March, session was finished. So, the recommendations came about in summer, early fall. So obviously we're moving that direction. I've met with most of our vendors; we're talking about how we can get to that voter verifiable paper trail. But I assure you that every machine has a paper trail.

Smith: There's been a lot of talk in the last few years here in Indiana about election reform in terms of how we draw our districts, redistricting reform. And that's been a bipartisan effort. Should the Secretary of State have a role in calling for reforms like that?

Lawson: Well it's the constitutional duty of the General Assembly, currently, to draw the maps, to redistrict. And so if they put a question on the ballot and voters say Yes, we think it should be changed,' I'm absolutely happy to support that.

Smith: In terms of things like expanded vote by mail - which some clerks have told me that they're really interested in - and the idea of same-day voter registration - on Election Day you can go and do that - are you supportive of those sorts of things?

Lawson: I think the devil's in the details on those things, so I haven't seen them. I know those ideas did not get out of the Senate committee this past session. And so I'm happy to discuss those with them and I talked with Senator Walker during that time, shared with him some of my concerns. But I know that they'll be working on those issues in the future.

Smith: There hasn't been a Democrat in the Secretary of State's office in a couple of decades now. Should there be more balance in the leadership of Indiana?

Lawson: You the Democrat state party made a blunder and they sent out hundreds of thousands of [faulty] absentee ballot applications to their voters and when I learned the scope of the issue, I stepped up on behalf of Democrats and I said, These forms should be accepted.' And so I can't think of anything that gives more balance than that. I protect all voters and our office works on a bipartisan basis.

Tags:Connie LawsonIndiana Secretary of Stateelection 2018
Support independent journalism today. You rely on WFYI to stay informed, and we depend on you to make our work possible. Donate to power our nonprofit reporting today. Give now. 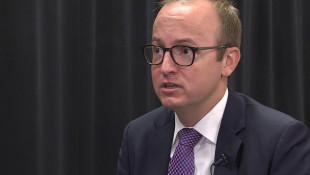 Democrats haven't won the race for Secretary of State since 1990. Jim Harper hopes to change that this year as he faces incumbent Republican Connie Lawson and Libertarian Mark Rutherford. 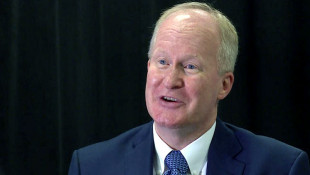 Indiana Public Broadcasting's Brandon Smith talks with Libertarian Mark Rutherford about his views on the issues in this year's race for Secretary of State.