Part one of the Justice For All series: A lawsuit alleges Johnson County isn't meeting its obligation to provide adequate representation. 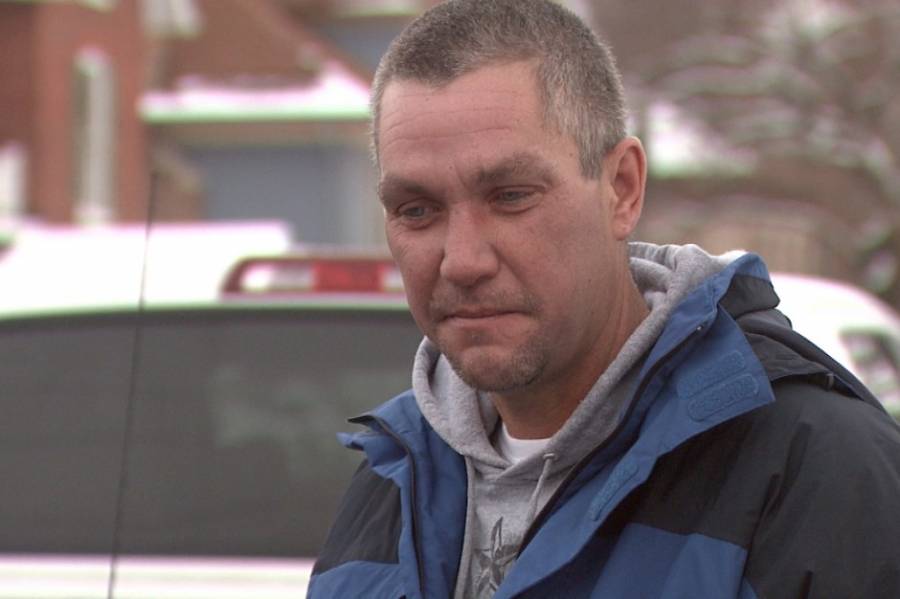 William Carey holds back tears after coming out of a pre-trial hearing in Johnson County. — Photo: Steve Burns

William Carey is trying to hold it together.

Carey just came out of the Johnson County courthouse, where he appeared for a pre-trial hearing. He faces several charges, including operating a vehicle while intoxicated as a habitual offender.

On this day, an attorney with the Johnson County prosecutor’s office offered him a plea deal.

“It was wrong, I have no legal representation,” Carey says as he becomes increasingly agitated. “I don’t know nothing about the court system.”

Carey’s been through the court system before, but says it’s hard to navigate. He tried to get a public defender to represent him, but a judge determined at a previous hearing he isn’t indigent. Carey broached the subject again at a November hearing, telling the judge he only makes $250 a week and can’t afford to hire an attorney. The judge asked Carey what he spent that money on. Here’s how the conversation went according to court transcripts:

So, Carey signed the plea agreement. He agreed to plead guilty in exchange for the state dropping some of the charges against him. He says he saw it as his only option.

“I don’t know what to do because I have no attorney,” Carey says. “What’s going through my head is my freedom. My life. And they’re going to give me eight years? He says either sign this or I’m giving you eight years. So I had no choice.”

Indiana doesn’t have a statewide standard to determine whether someone qualifies for a public defender. It’s left up to each individual judge to make that decision through a series of questions.

Johnson County Superior Court Judge Lance Hamner says he doesn’t think that’s a problem. He’s confident those who qualify for a public defender, at least in his county, are granted one.

But Indiana Public Defender Council Executive Director Larry Landis says the definition of indigent is too broad and is applied inconsistently. It means someone who might qualify for a public defender in one county could be denied representation in another.

“The test in Indiana is called the substantial hardship test and that simply means can a person accused of a crime hire a lawyer without imposing a substantial hardship on himself or his family?” Landis says. “And, there is no simple objective test of how much income or assets do you have because it depends often on the severity of the case.”

And, that’s not the only way public defense differs across Indiana.

Yes, the Constitution requires states to provide a public defense system for its citizens. But Indiana passes that responsibility on to the counties and leaves it up to them to deliver on that promise.

That means there’s a lack of consistency across the state — and Landis argues a lack of quality.

“We’ve got a system that is broke,” he says.

The legislature setup the Indiana Public Defender Commission in 1989, which establishes standards for indigent defense. The standards vary based on the level of support services each public defender has.

Number of counties eligible for reimbursements

The commission offers a reimbursement program for counties. If the county agrees to follow standards set forth by the commission, they could be reimbursed for up to 40 percent of the costs of non-death penalty felony cases.

But just more than half of the state’s 92 counties abide by the standards necessary to qualify. Landis says about one-third of the counties in the state don’t participate at all.

“Counties don’t like to take state money because of the strings they perceive attached to it, even though the strings are really protecting the public defenders, the quality of representation,” he says.

Johnson County is among those not participating in the state’s public defense reimbursement program. That means it doesn’t have to follow the commission’s caseload or training requirements. Judges select private attorneys and then contract with them to handle public defense cases in their courtrooms. And Landis says that setup, which is common in many Indiana counties, creates a conflict of interest.

“We would never tolerate a judge being an employee of a prosecutor or a prosecutor being an employee of a judge,” Landis says. “But, for some reason, we tolerate the advocate for the accused person to be an at-will employee of the judge. And, then if you want to take an appeal — and you usually on appeal are alleging that the judge made a mistake, did something wrong, denied the defender a fair trial — you’ve got to appeal to your boss and claim your boss made a mistake.” 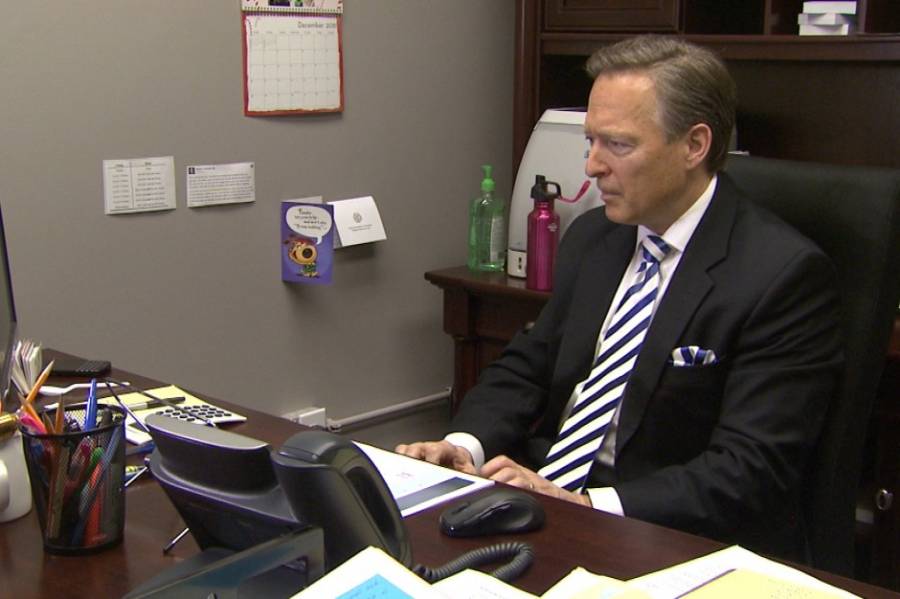 “The judges in our county expect zealous representation,” he says. “I would never expect them to back down from us in any way. We wouldn’t ask them to, we wouldn’t want them to.”

Johnson County Prosecutor Bradley Cooper doesn’t see a problem with the inconsistencies in the public defense system across the state. He says the attorneys who represent indigent defendants here are among the best.

“What our clients experienced in this lawsuit is sitting in jail for months without ever seeing their attorney,” says Attorney Jon Little. “They would see them in court for a minute or two where the attorney would ask for a continuance and then the attorney would do literally nothing.”

Among the allegations listed in the suit – there’s no oversight of Johnson County’s public defense system and public defenders don’t devote the necessary time to each case.

The lawsuit claims, in one instance, a part-time public defender in Johnson County was assigned more than double the maximum number of cases allowed by the state’s public defender commission.

“It was a pretty atrocious system down there,” says Attorney Michael Sutherlin.

But Prosecutor Bradley Cooper says the fact the lawsuit was dismissed in a lower court speaks for itself.

“I thought the lawsuit was ridiculous, yes,” Cooper says.

It isn’t the only lawsuit challenging the quality of public defense in Indiana. A lawsuit is also pending in federal court that challenges Allen County’s public defender system.

“It’s not about bad lawyers,” Landis says. “It’s about they have no resources, they have no independence, they have inadequate compensation, excessive caseloads. It’s going to impair quality of representation. And, it does.”

As for Carey’s case, it turned out better than he expected. A judge initially sentenced him to 730 days in jail under the terms of his plea agreement. But, the judge later modified that sentence to 456 days work release. Still, it’s a situation Carey says he felt powerless in.

Tags:public defendersJohnson CountyJustice For All?
Support independent journalism today. You rely on WFYI to stay informed, and we depend on you to make our work possible. Donate to power our nonprofit reporting today. Give now.