A male student is suing Indiana University for Title IX violations, alleging the school's investigation into rape accusations was biased against him because of his gender.

It's the latest in a series of lawsuits invoking the federal civil rights law on behalf of men accused of sexual assault.

The complicated details of the case begin in September 2017, when both John Doe and Jane Doe acknowledge they had sexual intercourse at a fraternity house. The two later learned someone else had taken a photo of them during intercourse and had shared it with others.

The photo was reported to IU officials and an investigation began a few days later. The university ultimately found two people responsible for taking and distributing the photo.

In May 2018, the school launched a new investigation after Jane reported she was too drunk to give consent that night and accused John of sexual assault.

According to documents filed with the lawsuit, an IU panel heard testimony from both students; they gave conflicting accounts about the night, with John reporting that he verbally asked Jane for consent.

The panel determined in November that John "did not know or reasonably should not have known that Complainant was incapacitated," but also determined he "more likely than not" violated sexual consent code of conduct policies. The panel also determined John allowed that photo to be taken.

His punishment included a four-year suspension, a no-contact order with Jane Doe, and a prohibition to be on campus during the suspension.

John Doe filed the lawsuit on Nov. 27, the same day IU denied his appeal for the suspension.

In the complaint, John says the IU investigation was unbalanced: "The University sanctioned, tolerated, and endorsed procedures and policies which deprived John, a male student, of the rights and privileges of female students."

The complaint says the sexual misconduct investigation included witnesses on behalf of Jane’s character and sexual history, but investigators refused to include similar witnesses on John's behalf.

The complaint also says John could not have had a fair and impartial hearing because of public criticism of the lead investigator in his case. A couple of viral tweets accused the investigator of “letting a rapist off” in another case and a protest about that case in August drew nearly 100 people.

John wants to return to IU immediately, and is asking for a trial to determine monetary damages.

A spokesperson for IU says the university can’t comment on pending litigation.

Another former IU student, Aaron Farrer, filed a lawsuit in 2016 alleging defamation and Title IX violations related to his expulsion after a female student accused him of sexual assault.

The parties reached an undisclosed settlement in that case in August.

Purdue University is facing a lawsuit alleging its application of Title IX is biased against men, filed by an unnamed student who says he was suspended and dismissed from the Navy ROTC after a female student accused him of groping her.

A federal judge dismissed that lawsuit in November 2017. A Court of Appeals panel heard arguments in the student's appeal in September, but the panel has not reached a decision.

The Indiana Lawyer reports four other Indiana colleges and universities are facing lawsuits by students accused of sexual misconduct.

Several Indiana colleges and universities have faced lawsuits from female students who say their reports about being sexually assaulted were not taken seriously, including IU Bloomington, Butler University, and Purdue University.

Tags:Indiana UniveristyTitle IXIndiana University PoliceMonroe County Prosecutor's Office
Support independent journalism today. You rely on WFYI to stay informed, and we depend on you to make our work possible. Donate to power our nonprofit reporting today. Give now. 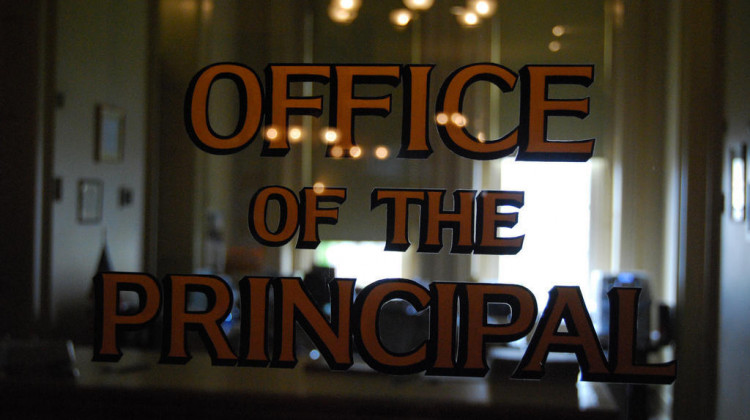 The Indiana Supreme Court is weighing how much a public school has to tell the public about why it chooses to discipline an employee.
Read More