In the visitor’s center at Toyota Motor Manufacturing Indiana (TMMI) in Princeton is one of two working Toyoda Type G Looms outside of Japan.

Sakichi Toyoda entered the loom business in 1896; the Type G debuted in 1924.  The one in Princeton dates from 1928 and is in full working order.  Significantly, it contains many principles that are still applied to lean production of the Highlander crossover, Sequoia SUV, and Sienna mini-van yards away.

Toyoda clearly understood lean production when he developed his looms, but it took Taiichi Ohno to put it into words.  Considered the father of lean production, Ohno documented his principles in a book titled, “Toyota Production System:  Beyond Large-Scale Production”.  Lean specialists and Six Sigma Blackbelts read it as doctrine.

Ohno’s principles reduce the time between order and cash by removing waste.  Often associated with the acronym “TIM WOOD”, wastes relate to:

Compared to Henry Ford’s model of mass production, Toyota (and the rest of today’s industrialized universe) focuses on using what you need when you need it.  Components arrive “Just In Time” and are “pulled”, via kanban cards or signals, in small batches as consumed on the assembly line.  Smaller batches allow manufacturers to react quickly to customer desires without building inventory. Teamwork is everything.

Standard Work insures everybody has a fair workload that is synched with the takt time, or how often the task must be completed to meet customer demand.  For the Sequoia and Highlander line at TMMI, takt is 90 seconds, meaning tasks are balanced to produce a vehicle every 90s.  Andon cords and lights allow workers to summon team leaders or stop the line should a problem be detected - better to halt production and correct the issue rather than continue producing defects and muda (waste).

To better understand what Toyoda and Ohno developed, go to Gemba, or the shop floor.  I’d recommend touring Toyota’s plant in Princeton to see it all in action.

Safety is first.  You will not even get on a tram without safety glasses.  Operators wear safety shoes, hearing protection, and masks as required.  Ergonomics and “5S” are integral to the assembly line design so workers perform their jobs with minimal strain and in a clean, organized environment.  Team members receive materials at the dock just in time to meet production requirements.  Trains of carts and automatically guided vehicles take components to the assembly line as they are depleted, signaled by kanban cards that contain the item and quantity.

You’ll see robots and automation, but they are not there to replace humans.  Termed “jidoka,” meaning “automation with a human touch,” machines keep employees safe, perform repetitive tasks, and work in harmony with their flesh-bearing counterparts.

I love the plant’s kaizen area.  Kaizen is a Japanese term that means “change for the good”.  Companies like Toyota hold kaizen events to focus on particular issues, but TMMI has a kaizen area where a team takes worker suggestions and investigates them.  If applicable, they poka-yoke, or error-proof, the suggestion and implement it.  At Toyota, Kaizen never stops.

Toyoda’s loom arrived with its Japanese caretaker.  For the next three weeks, he taught Standard Work to a team in Princeton for maintaining and operating it.  The loom automatically shuts down when a thread breaks (poka-yoke), thus minimizing muda, and exemplifies jidoka.  Even the spools of thread are replenished JIT from Japan.  Lean Production has its origins with Henry Ford, Sakichi Toyoda, and Taiichi Ohno, but you can learn for yourself at TMMI.

To learn more about Lean production, read the following: 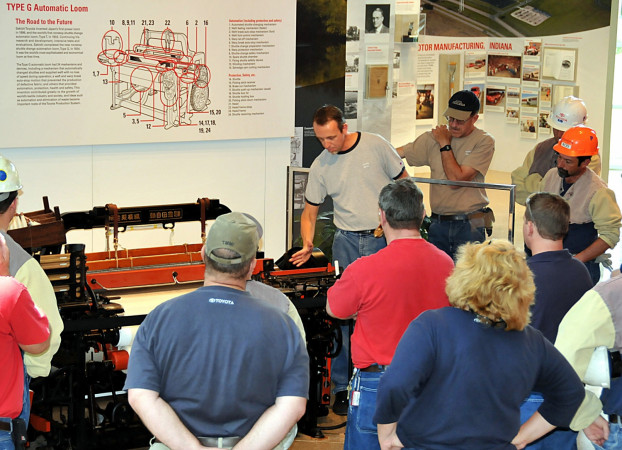 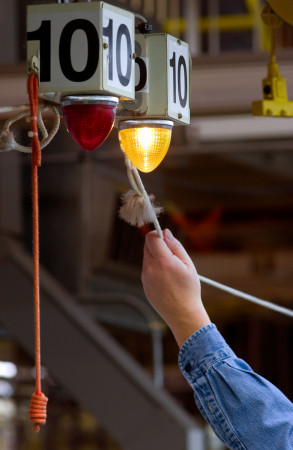 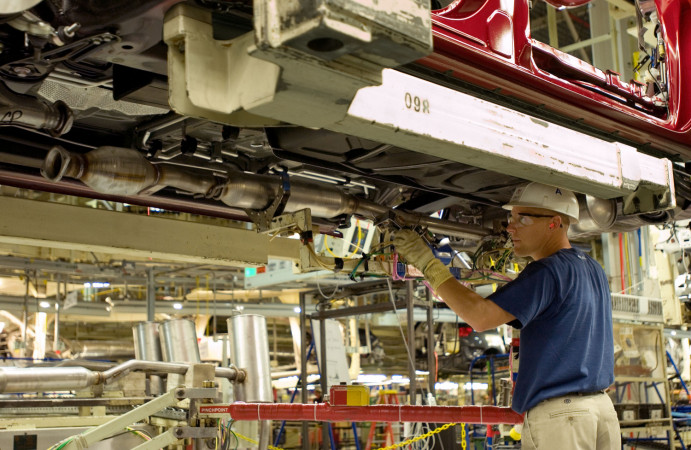 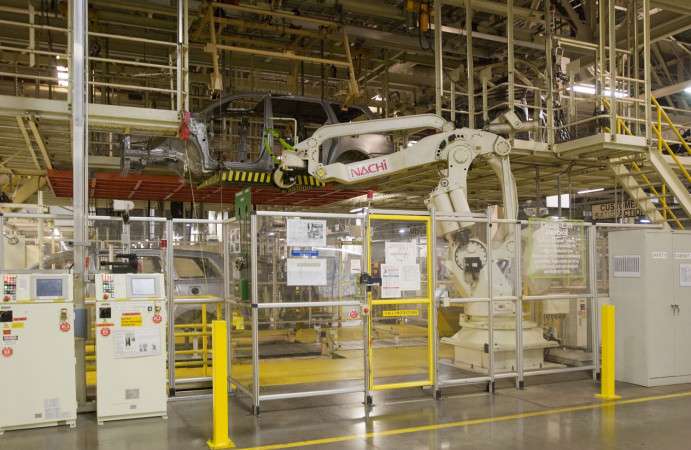 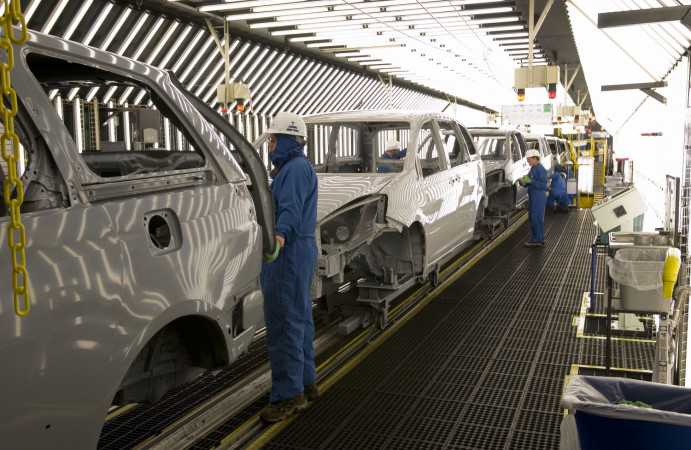 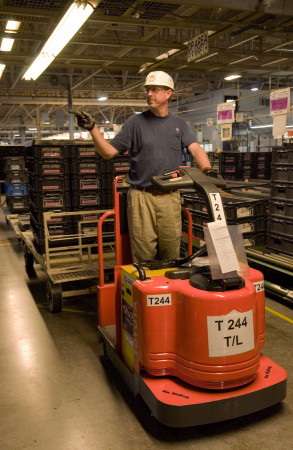 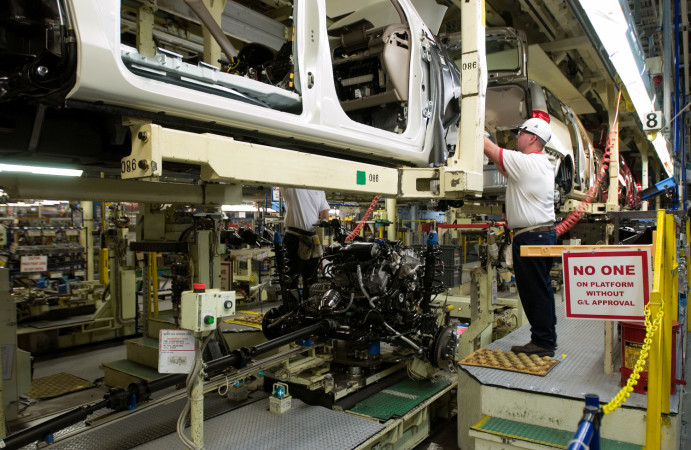 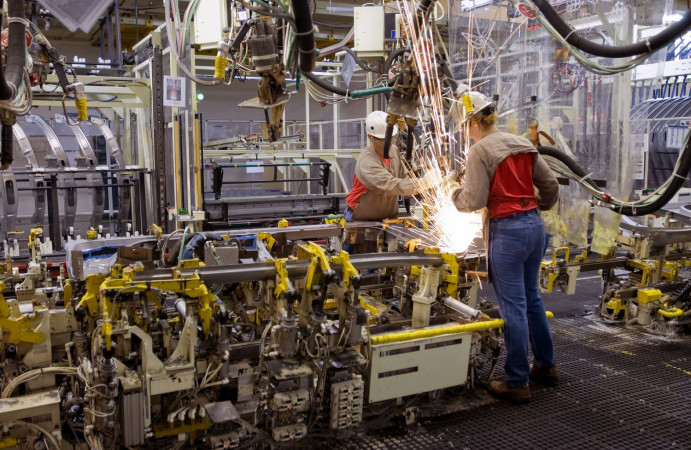 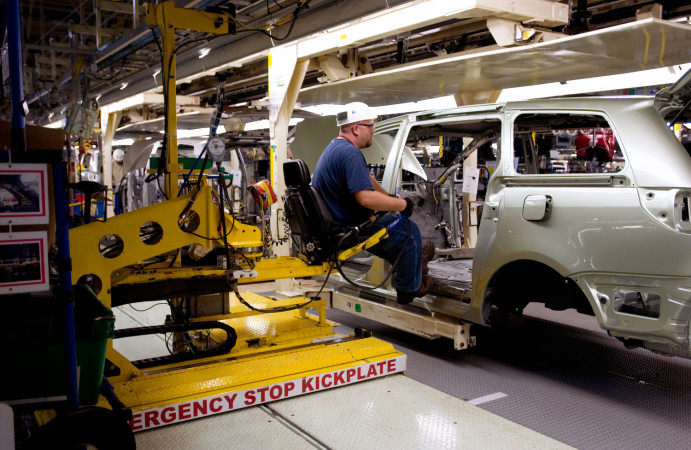 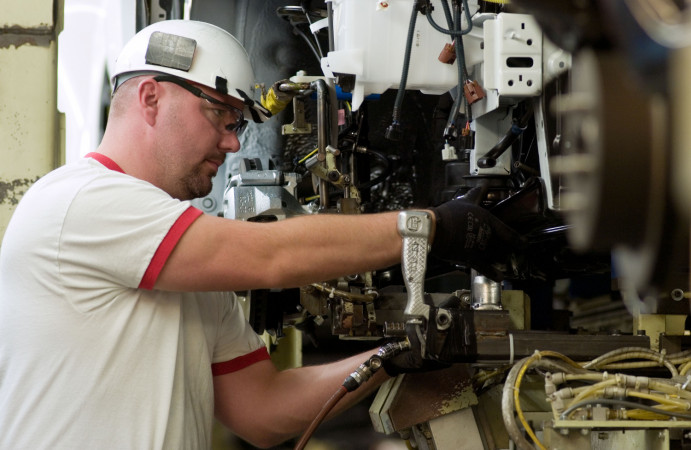 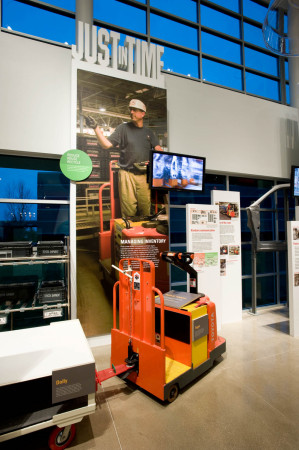 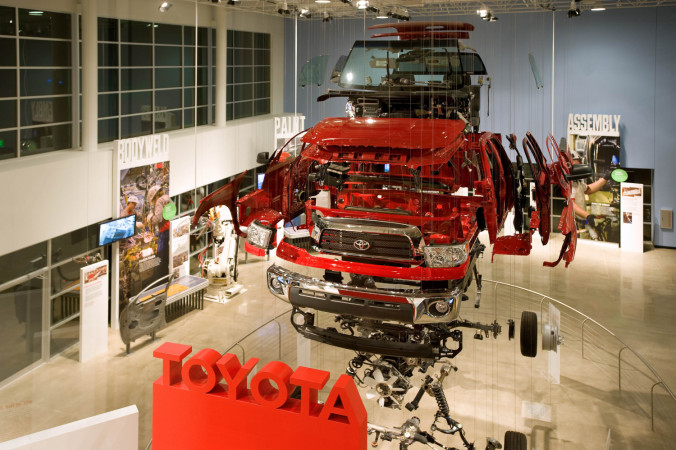 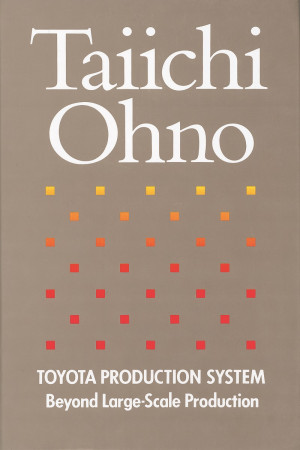