Rainwater says that if he wins the election, he'll appoint Dawn Wooten to the post.

Wooten is a university English professor in Fort Wayne. She ran against current office-holder Jennifer McCormick for the Republican nomination for state superintendent of public instruction in 2016.

Wooten said she would focus on getting rid of common core curriculum and standardized tests. She also criticized McCormick for her contentious relationship with lawmakers in the General Assembly.

"And that is where things get done. So I think that another four years of her in the administration would not be good for our children or our teachers,” she said.

Democratic candidate Dr. Woody Myers has said that if he wins the governor’s race, he will keep McCormick in the role as the state's schools chief.

But Rainwater hopes to make Wooten Indiana’s first – and only – appointed education secretary. Both Rainwater and Wooten said they want to change it back to an elected position in the future.

Lawmakers made the role of Indiana's top education official an appointed position in 2017. Proponents of the change said it would keep partisan politics out of education policy making. Last year, after McCormick announced she wouldn't seek re-election, lawmakers moved up the timeline to make her the final elected schools chief for Indiana.

Incumbent Gov. Eric Holcomb has said he will review possible appointees for education secretary after the election.

Tags:2020 electionDonald RainwaterDawn Wooten
Support independent journalism today. You rely on WFYI to stay informed, and we depend on you to make our work possible. Donate to power our nonprofit reporting today. Give now. 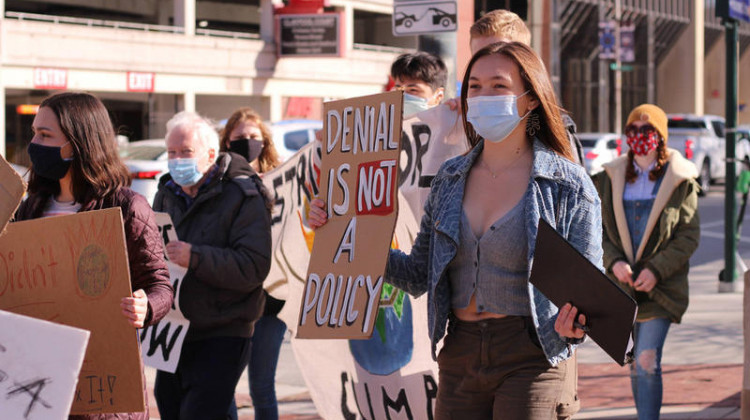 Evacuees from Afghanistan continue to arrive at Camp Atterbury as part of Operation Allies Welcome. The number of people at the base is growing, and some have already begun settling in the U.S.
Read More

Fifteen inmates at the Miami Correctional Institute are suing for being kept in what lawyers say are deplorable conditions.
Read More