Average pay for the new jobs at the plant — which in part will produce injectable drugs to treat diabetes — will exceed $72,000, according to Cooper's office and the state Commerce Department. The jobs, to be created by 2027, will include scientists, engineers and plant operators.

Lilly, based in Indianapolis, could receive $8.7 million from the state over 12 years if it meets job-creation and investment goals. A state panel approved the incentives agreement earlier Tuesday. Durham County and the state community college system also provided financial sweeteners.

North Carolina was competing with Indianapolis and Philadelphia for the plant, according to the Commerce Department.

Lilly already has plants in Indiana, New Jersey and Puerto Rico. In Cooper's news release, Ricks is quoted as saying the company has invested billions of dollars in new U.S.-based manufacturing because the 2017 federal tax overhaul law “re-balanced the playing field in favor of the American worker.”

Tags:Eli Lilly and Co.
At WFYI, our goal is to cover stories that matter to you. Our reporting is rooted in facts. It considers all perspectives and is available to everyone. We don't have paywalls, but we do need support. So if unbiased, trusted journalism is important to you, please join us. Donate now. 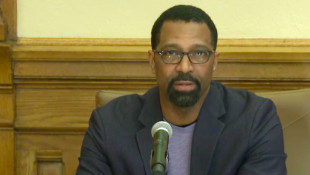 The Department of Workforce Development still has no deadline for when unemployment benefits, authorized by federal law, will reach self-employed Hoosiers despite receiving guidance from the Department of Labor over the weekend.
Read More 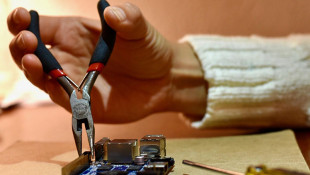 Tech repair shops are considered essential and remain open during the coronavirus pandemic. They're preparing to help customers since technology use is up.
Read More