INDIANAPOLIS -- Sen. Dan Coats says he’s “profoundly skeptical” of the nuclear agreement announced Tuesday between Iran and a group of nations led by the United States.

Coats, who serves on the Senate Select Committee on Intelligence, says he will carefully review the details of the deal before rendering a final opinion.  But he says he’s harkening back to a deal President Clinton made with North Korea, an agreement which ultimately resulted with that country obtaining nuclear weapons.

“I don’t want to see that same thing happen to Iran and so the words of the president don’t reassure me in saying, ‘Trust me, everything’s going to be good.  And by the way, I’m going to veto it if you don’t agree.’  That is not leadership,” Coats said.

But former Hoosier Congressman Lee Hamilton says while the deal might not be perfect, it’s better than no deal at all.

A vote in Congress on the agreement is expected in September.

Tags:Lee HamiltonIranDan Coats
Support independent journalism today. You rely on WFYI to stay informed, and we depend on you to make our work possible. Donate to power our nonprofit reporting today. Give now. 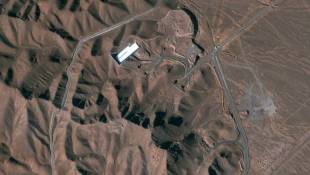 6 Things You Should Know About The Iran Nuclear Deal

The deal is comprehensive and technical, but here's a quick write-up that explains sanctions, centrifuges, breakout time and enrichment. 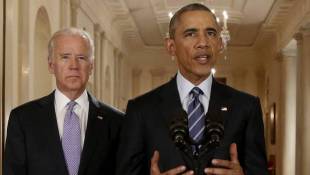 In a speech from the White House, President Obama said that quite simply this deal keeps Iran from acquiring a nuclear weapon.