Trail advocates in Northeast Indiana want to create the largest trail system in the state. The proposed trail was recently named the Poka-bache Connector. The first part of the name, Poka, comes from Pokagon State Park in Angola, which is where the trail will begin.

The path will travel downstate for 81 miles and end at Ouabache State Park in Bluffton, which is where the second part of the name Poka-bache comes from.

Ouabache State Park is the same state park some people call “oh-bah-chee,” but Greenways and Trails Manager Dawn Ritchie says it’s pronounced “Wabash.” According to the Department of Natural Resources website, Ouabache is the French spelling of a Native American word.

Ritchie says the trail will be an investment in Northeast Indiana.

“It’s mainly a tourism draw, but it will also connect our communities more, and it will definitely spur economic development along that corridor,” Ritchie said.

Ritchie says the Poka-bache Connector could take 15-20 years to complete. 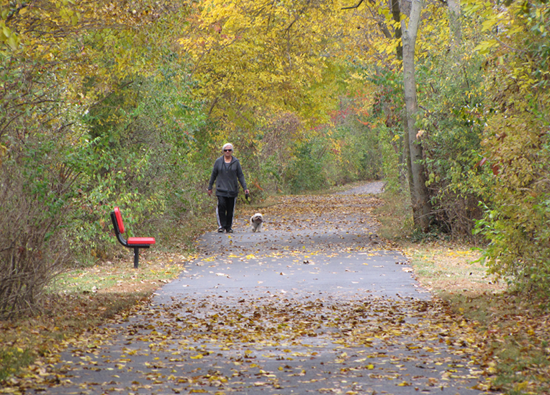 Tags:Fort Wayne TrailsPokagon State ParkOuabache State ParkPoka-Bache Connector
Support independent journalism today. You rely on WFYI to stay informed, and we depend on you to make our work possible. Donate to power our nonprofit reporting today. Give now.

A proposal in front of the Department of Metropolitan Development designates a new redevelopment area plan for Martindale Brightwood.
Read More