The letter, published in The Washington Post Monday, asks the current Senate to guard democracy by "ensuring that partisanship or self-interest not replace national interest."

Lugar is the longest serving member of Congress in Indiana history, serving from 1977 to 2013.

"We are on the eve of the conclusion of special counsel Robert S. Mueller III’s investigation and the House’s commencement of investigations of the president and his administration," the letter says. "We are at an inflection point in which the foundational principles of our democracy and our national security interests are at stake, and the rule of law and the ability of our institutions to function freely and independently must be upheld." 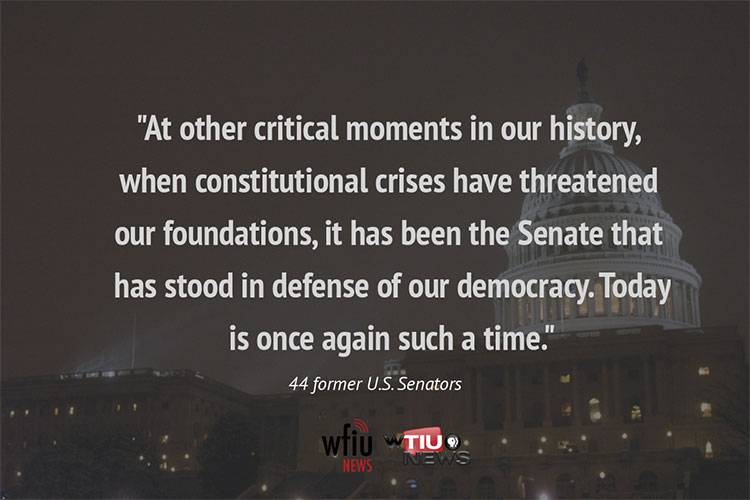 Speaking on NPR's Morning Edition, former Sen. Chuck Hagel (R-Neb.) and secretary of defense under President Obama says he signed the letter because of the "bitter polarization and divide of this country."

"As we look at the next two years, with the Mueller investigation probably winding up sometime next year, the Democrats taking control of the House, Republicans still in the Senate, we see a divide and a bitterness and a polarization coming that we think is dangerous for this country unless we - we start to try to get above it," Hagel says.

The letter is signed by 32 Democrats, 10 Republicans and two Independents from 28 states: