Martinsville Leaders Seeking Public Input On Design Elements For I-69 Section 6The city, in partnership with the Indiana Department of Transportation, is opening up a two-week survey for residents to share their thoughts on the appearance of wall barriers, fencing, and ornamental lighting.urlMartinsville, Interstate 69, Indiana Department of Transportation2018-06-29T00:00:00-04:002018-06-29T00:00:00-04:00

Martinsville leaders are asking for feedback on what certain elements of I-69 Section 6 should look like.

The city, in partnership with the Indiana Department of Transportation, is opening up a two-week survey for residents to share their thoughts on the appearance of wall barriers, fencing, and ornamental lighting.

Mayor Shannon Kohl (R-Martinsville) says residents should have a say in the project.

“This is all of our community, and everyone wants to make Martinsville proud, and so it matters to us what the community would like to see, their input, what they feel they want to see for their community, because this is going to be here for a long time.”

Martinsville’s Aesthetics Task Force, which consists of local residents, has been working with INDOT regularly and has helped determine other design elements that will be put in place.

“Our goal is to guide the process toward aesthetic elements that are clean, modern and unique, while still complimenting the history of Martinsville,” says task force member Ben Rawlins.

INDOT Public Affairs Manager Andy Dietrick says adding the extra aesthetic elements is worth the effort and what he says will be a small cost. INDOT projects Section 6 will cost a total of $1.5 billion.

Construction of the main stretch is expected to begin in 2020, although work on an overpass and other projects could start next year.

The state says Section 5 of I-69, which runs from Bloomington to Martinsville, will be finished by the end of August. That’s nearly two years behind schedule.

The design element survey is open from July 2 to July 16.

Tags:MartinsvilleInterstate 69Indiana Department of Transportation
At WFYI, our goal is to cover stories that matter to you. Our reporting is rooted in facts. It considers all perspectives and is available to everyone. We don't have paywalls, but we do need support. So if unbiased, trusted journalism is important to you, please join us. Donate now. 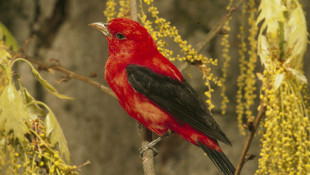 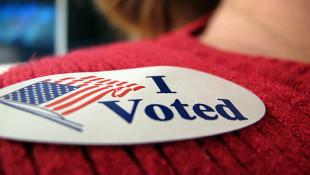 So far, there have been 453,130 ballots requested, with 193,282 returned to county clerks across the state.
Read More 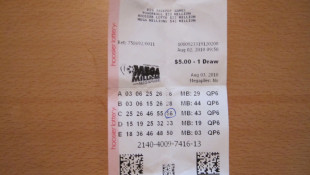 Indiana expects to collect less money from the state lottery this fiscal year than it budgeted for. But the projected shortfall isnt as bad as some state officials feared.
Read More