Earlier this month, the Penn-Harris-Madison school board adopted a mask-optional policy for the 2021-22 school year, drawing backlash from local doctors. After reviewing state and local COVID-19 data, the board voted to change the policy Monday.

The district’s new mask policy is tied to the Indiana Department of Health’s COVID-19 tracking map. Masking is optional –– but recommended for unvaccinated students and staff ––  when St. Joseph County is in “blue,” indicating the lowest spread of the virus. Universal masking becomes mandatory if the county moves to any other color category.

“When the administration made the recommendation that we have masks be optional, according to the Indiana Department of Health, we were in ‘blue,’ which meant that it was minimal community spread –– it was safe,” Riley said. “Since that point in time, regrettably, circumstances have changed. And they have changed dramatically.”

Since school started last Wednesday, the district has had 19 positive COVID-19 tests, with 125 students and staff sent home as close contacts.

Superintendent Jerry Thacker said the new mask policy will help keep students and teachers in the classroom –– when masking isn’t required, anyone within 6 feet of someone who tests positive for the virus must quarantine as a close contact. With masks, that distance reduces to 3 feet in classroom spaces.

“It increases the probability dramatically that more students can be in class, in person, safely learning,” Thacker said.

With in-person learning being the district’s priority, two other board members –– Jamie Woods and Larry Beehler –– joined Riley in changing their stance on masking. Clare Roach and Jaye Galloway, who voted against the mask-optional policy, also voted to support universal masking.

Jim Garrett and Angie Gates, the board’s secretary, voted against the new policy. Gates said she felt the need to vote with her township, where she said the overwhelming majority of those she spoke with were opposed to universal masking.

“I do not feel comfortable, when there is not a local or state mandate, forcing masks on children, teachers and staff against their wishes,” Gates said. “I’m voting for freedom for families to make their own medical decisions.”

PHM is the most recent local school district to update its mask policy. School City of Mishawaka implemented universal masking last week, and the South Bend Community School Corporation has required masks since the beginning of the month.

“We have to be cognizant of the experiences that demographically similar school districts have seen,” Riley said. “We can’t be impervious to what happened in Noblesville, Fishers and other schools across the state after making masks optional.”

Board attorney Jeff Johnson also supported the district’s plan, saying it was in line with “the community’s standard of care and practice.”

Over 60 people spoke at the board meeting Monday, half of whom were against the new policy. Six students spoke during public comment, all recounting how masks had adversely affected their physical or mental health last school year.

Many commenters said the board had been bullied into the new decision after hundreds of local doctors signed a letter published in the South Bend Tribune last week urging them to implement universal masking.

But board member Jaime Woods said the board doesn’t take political consequences into account when it votes.

“The work that we have here is too important to worry about whether something was put in the paper untimely or whether we’re being bullied,” he said. “Those things don’t matter to me right now. I’m only caring about student safety.”

The other half of the public commenters –– including 18 local doctors –– spoke in favor of the new policy. They cited concerns about the more transmissible delta variant and the potentially greater impact it has on children under 12 since they aren’t eligible for vaccination yet.

“Most of us will survive COVID. But some of us will not,” Dr. Kamran Javaid, a P-H-M parent and pulmonologist at Elkhart General Hospital, said. “So we as a responsible community should make policies –– not for the benefit of the strong, but to save the lives of the weak.”

Tags:coronavirusCOVID-19face masksSt. Joseph County
Support independent journalism today. You rely on WFYI to stay informed, and we depend on you to make our work possible. Donate to power our nonprofit reporting today. Give now. 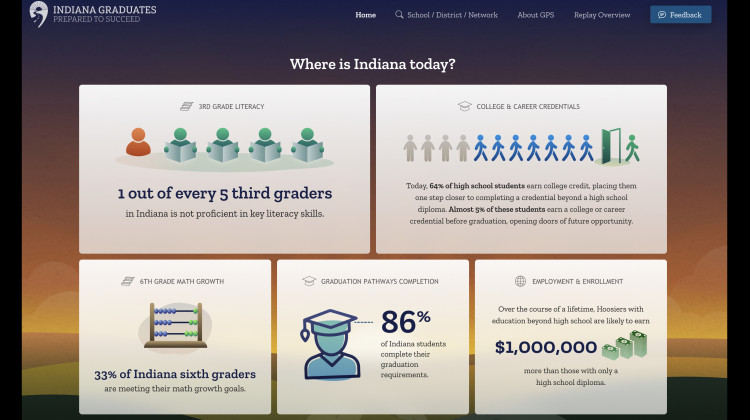