Meet The 3 Finalists For The Vacant IPS Board Seat

Just 30 days after voters chose four members of the Indianapolis Public Schools board, a fifth seat is up for grabs.

Board members must fill an unexpected vacancy following the resignation November 7 of District 5 board member LaNier Echols. The board will choose from three finalists who were interviewed tonight, including the man who held the seat before Echols. The finalists are:

In his interview with the board, Brown, who represented District 5 for 16 years before losing his seat to Echols in 2014, described his education philosophy as “we do whatever to takes to make children successful.”

Brown, a retired supervisor for UPS, is not naturally aligned with the board’s current majority, which is largely comprised of members who support controversial reforms such as innovation schools. Innovation schools are considered part of the district but have many of the freedoms of charter schools including non-unionized teachers.

Brown, who has been skeptical of innovation schools, was largely pushed out of office by advocates who wanted to see drastic changes. He backed former-Superintendent Eugene White and voted against a buyout that made way for Superintendent Lewis Ferebee. In the next election, advocates who wanted change in the district supported Echols and other “reformers” who maintain a majority on the board.

As he made his pitch to the board, Brown clearly knew he was being evaluated by members he might have disagreements with. He stressed that he shares the board’s ultimate goal of improving school quality.

“Rather than my side, your side, it’s the children’s side and making sure that that is what drives us,” he said.

A lifelong resident of Indianapolis, Brown touted his experience with the district as a parent, coach and tutor. He said even though he is not currently on the board, neighbors still call him with questions about schools.

Since the other two candidates don’t have prior relationships with the board, they devoted a portion of their interviews to introducing themselves.

Hawkins said he moved to Indianapolis in the late 1990s and has since grown “roots” in the city. In his spare time, he said, he works with students as a mentor and coach.

Hawkins is the parent of a child at Cold Spring School, a thriving environmental science magnet school that converted to an innovation school this year. He said that his son is having a wonderful experience at the school, and he would like other students in the city to have the same quality education.

“I am excited and passionate about my neighborhood,” he said. “I have found a way to get others excited as well. … One of the biggest strengths that I have is passion for getting things done and exciting others.”

The third candidate, Hoops, said she’s a California a native who moved to Indianapolis in 2011. She is a first-generation Mexican American and a fluent Spanish speaker who previously led human resources for a large nonprofit organization.

Hoops’ son attends School 27, a Center for Inquiry magnet school on the near northwest. She said her son has special needs, which prompted her to leave her career to focus on his education. That experience fueled her interest in improving education for other students.

“I really am passionate about ensuring that all children of all backgrounds and abilities have the educational experience that they need in order to make the choices that they want to make in the future,” she said.

If the board chooses Hawkins or Hoops, it would fill a potential gap on the board: The perspective of a current parent. Many board members have children who graduated from IPS and relatives in the schools. But the only current IPS parent is Gayle Cosby, who did not run for reelection and will end her term this month.

Cosby’s other role on the board, however, has been that of a vocal dissenter, and Brown seems best positioned to play the role of skeptic on innovation schools and other controversial changes.

The three finalists were identified by the board during a Wednesday meeting that was closed to the public. The law requires that a minimum of three candidates be interviewed publicly but there were only three contenders. A fourth candidate, Donnell Duncan, withdrew his application before the meeting.

Echols told Chalkbeat just hours before last month’s election that she planned to leave the board. Echols, who has an infant son, said the decision was related to family obligations. She said she plans to return to Florida.

If Echols had resigned earlier in the year, her seat would have appeared on the ballot in November and voters would have gotten to choose her replacement instead of the board.

Some critics suggested that Echols had side-stepped democracy by not announcing her resignation sooner but a local election attorney told Chalkbeat that it’s not clear when she would have had to make her departure public in order for her post to have appeared on the ballot.

The board will vote on a new member at its meeting Tuesday.

Tags:Indianapolis Public SchoolsIPSIPS School Board
Support independent journalism today. You rely on WFYI to stay informed, and we depend on you to make our work possible. Donate to power our nonprofit reporting today. Give now.

An educational event at Sand Creek Elementary School on April 17 will give community members the opportunity to learn more about the school's decision to go solar.
Read More

According to a study from the College & University Food Bank Alliance (CUFBA), nearly 30 percent of students across the country experience food insecurity while on campus.
Read More 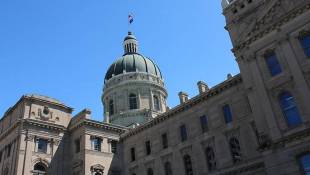 What To Expect From A Pre-K Expansion This Legislative Session

When the General Assembly convenes for the 2017 legislative session, expanding state funded pre-K will be a top priority. 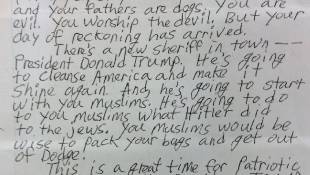 A Muslim group says a school affiliated with an Indianapolis mosque has received a hate-filled letter warning Muslims to leave the country or face extermination.