Events were held across Indianapolis today for Memorial Day.

Veteran Richard Burns, who fought for the Union Army in the American Civil War, was honored at Crown Hill Cemetery.

Burns was a captain in the 3rd Indiana Light Artillery and Grand Army of the Republic. He joined the battery as a private in September 1861. He was discharged in August 1865.

After the war, he could only do light work and was employed as a grocery clerk and brick mason. He died Aug. 15,1888 from oppressive heat, according to Indianapolis news reports at the time.

During the ceremony, roses and flags were placed on Burns’ grave.

“We gave our oath and our pledge that we will continue the traditions, that we will continue to honor these heroes who fought not only to preserve the Union, but to free an enslaved people,” said Jim Floyd, camp commander of Ben Harrison Camp No. 356 Department of Indiana Sons of Union Veterans of the Civil War.

Floyd says Memorial Day is one of the most special days of the year for the group.

More than 20 people attended the ceremony. 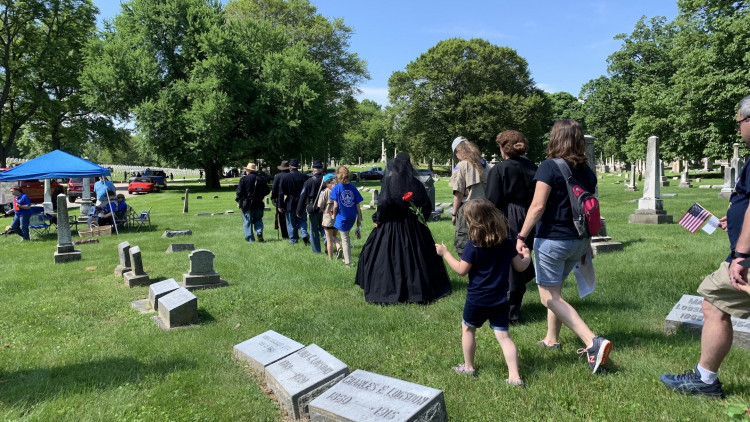 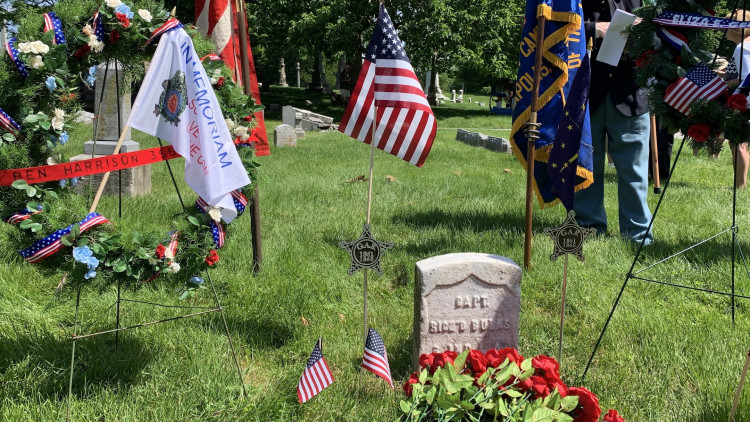 Tags:Crown Hill Cemetery
Support independent journalism today. You rely on WFYI to stay informed, and we depend on you to make our work possible. Donate to power our nonprofit reporting today. Give now.