MONTICELLO, Indiana – From his car outside a pharmacy in Monticello, Trooper Wesley Ennis was tracking a man he suspected was trying to buy what he needed to make meth, including the most important ingredient – pseudoephedrine. As he listened to his police radio, Ennis monitored a laptop where he can watch real-time pseudofed sales for every pharmacy in the state, and kept an eye on approaching traffic.

Indiana’s methamphetamine problem isn’t going away – though it’s not in the headlines as much as the heroin and opioid epidemic. While the police are doing what they can to suppress meth, legislators are considering ways to further inhibit production of the extremely addictive drug.

Indiana police made more than 1,500 meth lab busts last year, nearly 100 more than in 2014. The term "meth lab" conjures up images of rural homes and trailers, or a scene from "Breaking Bad," but these days most meth makers use what police call the "one-pot method." It's basically a plastic bottle and ingredients easily found in pharmacies and hardware stores. The explosive cocktails are now so easily concealed that Ennis says police even busted a "walking meth lab" in Lafayette.

“Sure enough, this guy had a live one-pot in a backpack that he was carrying. So, here we are in downtown Lafayette, and he is basically manufacturing meth as he’s walking down the street,” Ennis said.

While crystal meth – imported mainly from Mexico – is made in large labs using  complex chemistry, home-cooked methamphetamine ingredients are simple and include the crucial pseudoephedrine. That’s why Senate Bill 80 would empower Hoosier pharmacists to decide if someone is eligible to purchase pseudofed over the counter.

“The argument is,” Toles said, “pseudoephedrine is a very effective nasal decongestant – and I agree it is. But there’s also over 100 other – actually probably over 130 other medications out there that you can get by going to your pharmacy that don’t require a prescription that you can get to address that.”

Toles is a veteran in the meth suppression unit, and he's frustrated that despite law enforcement's best efforts, they haven't made more headway on a problem that too often involves innocent victims – kids.  For him, it's a family health problem. It's a public health problem.

“We’re not just dealing with the user and the seller. We’re dealing with the environments. We’re dealing with children. You look at the numbers of children – we’re going to be over 300 children this year identified at labs,” Toles said. “I hate to use this comparison – but sometimes it makes people think.  If a dog were locked inside of a home where they were manufacturing meth and the dog became ill or died because of it – people would be writing editorials – they would be outraged. Where’s the outrage?”

Toles supervises meth investigators assigned in each of Indiana’s 13 state police districts, like trooper Ennis working the bust in Monticello. After undercover officers followed the suspect home, uniformed troopers helped arrest him for possession of the precursors needed to make meth.

Because the man had a previous conviction for manufacturing the drug, police were able to get a warrant to search his house, Ennis said.

Lawmakers this session are considering whether to deny pseudofed for all felony drug offenders – not just those with meth convictions. 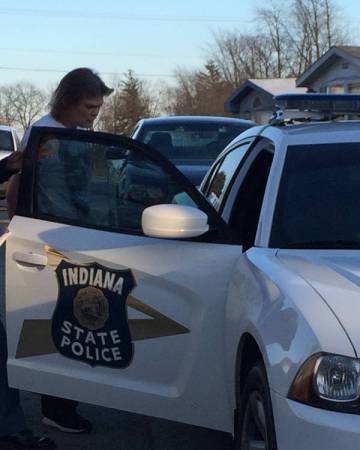 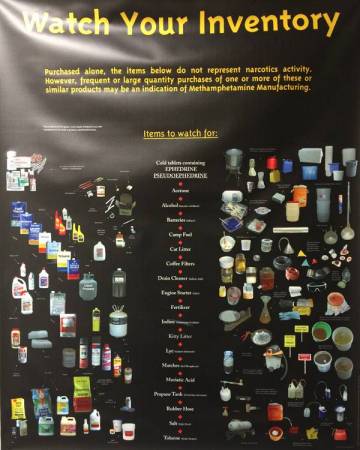 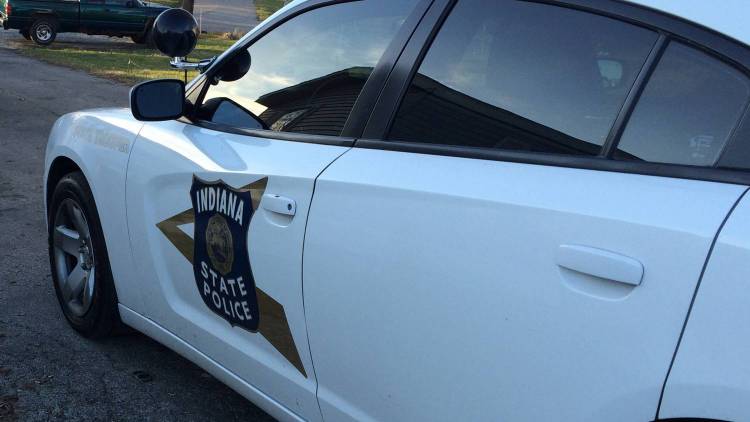 Tags:methpseudoephedrinemethamphetaminemeth labsMonticello
Support independent journalism today. You rely on WFYI to stay informed, and we depend on you to make our work possible. Donate to power our nonprofit reporting today. Give now. 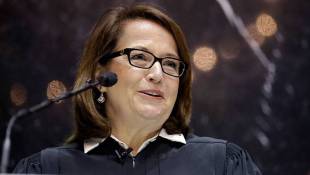 Indiana's mounting drug crisis has captured the attention of the governor and lawmakers over the last year. Chief Justice Loretta Rush says it's no different for Indiana's trial court judges.